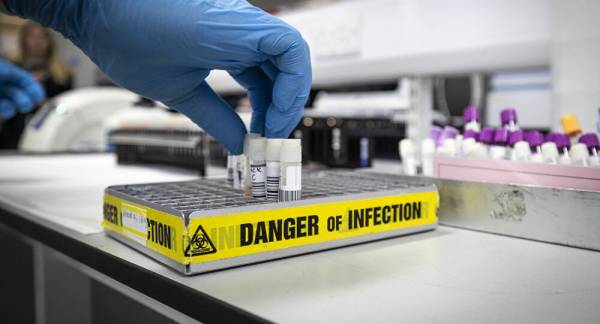 The first case of the novel coronavirus virus was reported on December 31, 2019, in Wuhan, China. Since then, the virus has spread to more than 200 countries and territories around the world infecting more than 59 million people and killing more than 1.4 million.

Although China managed to contain its outbreak several months after the first case was reported, a new report by the Associated Press reveals that Chinese authorities are now testing millions of people, imposing lockdowns and closing down schools after locally transmitted cases of the disease were identified last week in three Chinese cities, namely Tianjin, Shanghai and Manzhouli.

The two latest cases of COVID-19 in Shanghai have been linked to an airport worker who was diagnosed with respiratory illness earlier this month. On Sunday, the authorities tested the city’s Pudong International airport, where the infected employee works. Testing in surrounding areas may also take place if additional cases are detected.

In Tianjin, more than 2.2 million samples from residents in the Binhai new district have been collected after five locally transmitted cases were reported there last week. In addition, authorities in Manzhouli are testing more than 200,000 after two cases were reported on Saturday. Schools in the city have also been shut down, including a kindergarten, while large public gatherings have been banned. The residential compound where the five cases were identified has also been sealed.

Although China’s approach to controlling the spread of COVID-19 has been called draconian, Beijing’s strategy has also led to fewer infections and related deaths compared to other countries.

According to an AP tally, since the pandemic first broke out in the country, China has recorded 86,442 cases and 4,634 deaths despite having a population of over 1.3 billion people. On the other hand, the US, with a population of around 329,000,000 people, has reported more than 12 million cases and over 265,000 deaths, according to the latest data from Worldometer.

“In the entire world, only China has the ability to get to zero. Other countries don’t have this ability,” Zeng Guang, the chief epidemiologist at the Chinese Center for Disease Control and Prevention, said in a webinar in September, AP reported. “It’s not just getting to zero, even for them to control the first wave of the epidemic is hard.”

“‘Clearing to zero’ is actually the most economically effective way to do epidemic prevention. If you don’t do that, then this problem will get more troublesome,” he added.