China Paves Way for Countermeasures Against US Crackdown 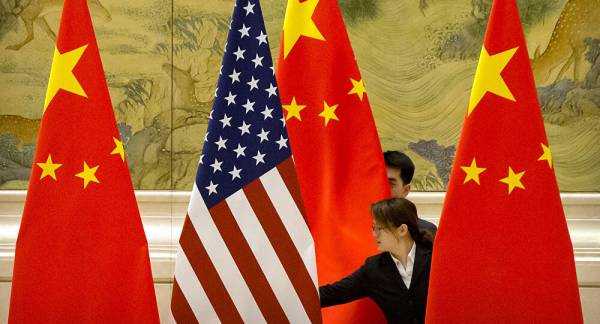 China published sweeping guidelines to improve the country’s “socialist market economy,” which include instructions for accelerating market reform and opening-up as well as refining national security reviews and setting up an “unreliable entity list”, to better supervise foreign companies’ investment in the country.

The guidelines, released Monday by the Communist Party of China Central Committee and the State Council, China’s cabinet, stressed the need to push for high-level opening-up.

The guidelines came at a time when the US government is stepping up its attack on Chinese high-tech companies such as Huawei. The Global Times reported earlier that China was ready to impose restrictions and launch antitrust and other investigations into US companies, including Apple, Qualcomm, Cisco and Boeing, as Washington moved to cut off semiconductor supplies to Huawei.

The measures could be deemed as China’s counterattack policies to reciprocate US government’s relentless assault on Chinese high-tech enterprises, said Gao Lingyun, an expert at the Chinese Academy of Social Sciences in Beijing.

Those measures also show that China has the ability to fire back at the US with economic actions of equal intensity, and China will not shy from doing so if the US is intentional to hurt China’s economy, said Dong Dengxin, director of the Finance and Securities Institute at Wuhan University of Science and Technology.

After the Trump administration took action to block shipments of semiconductors to Huawei from global chipmakers, the NASDAQ stock exchange also reportedly moved to tighten its rules to restrict Chinese IPOs.

According to Reuters, NASDAQ is set to unveil new IPO rules that will require companies from some countries, including China, to raise $25 million in their IPOs or at least one-quarter of their post-listing market capitalization. The new rules will make it harder for Chinese companies to debut on the US stock market.

US officials are also reportedly crafting proposals to push US companies to move their operations out of China, including the idea of establishing a “re-shoring fund” initially stocked with $25 billion.

However, experts said that most of those actions would have little impact on Chinese companies and some of them might lead to domestic enterprise reforms that will benefit the Chinese economy.

For example, the $25 million IPO threshold is now actually an easy value for many Chinese companies to achieve, an investment banking analyst with a Chinese joint-stock bank told the Global Times.

However, the move would also prompt Chinese companies with listing plans to explore listing in the Chinese mainland or in Hong Kong, which is taking an inclusive approach to attract mainland-based companies, Dong said.

However, Gao said that despite the current rocky China-US relations, cooperation between their businesses will continue.

In a signal of China’s open arms to global companies, Premier Li Keqiang on Tuesday sent a congratulatory letter to US-based Honeywell on its opening of an innovation center in Wuhan, Central China’s Hubei Province, saying that China will treat all domestic and foreign firms equally and that it welcomes more foreign companies to invest in China.

This article originally appeared on the Global Times website.

Previous : China’s ‘Incompetence’ is to Blame for ‘Mass Worldwide Killing’ – Trump
Next : Two Men Wanted in Japan Arrested in US Over Ex-Nissan Head Ghosn’s Escape