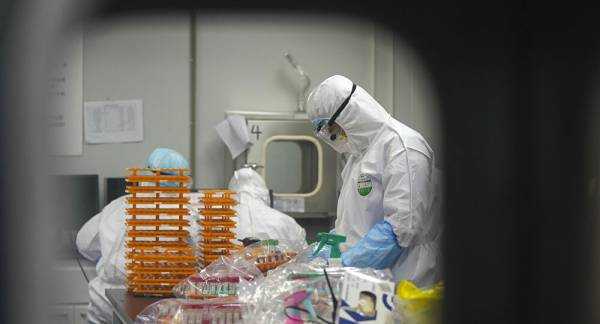 Members of the scientific community have recently come to the Wuhan Institute of Virology’s defense, as US officials and prominent individuals around the world have accused the facility of manufacturing or accidentally releasing the COVID-19 coronavirus. Despite the protests, one microbiologist tells Sputnik there may be some truth in the attacks.

Dr. Dady Chery, a microbiologist, co-editor-in-chief of News Junkie Post and author of “We Have Dared to Be Free,” joined Radio Sputnik’s Political Misfits on Monday to discuss why she disagrees with the assertion that the novel coronavirus is a product of nature, rather than a lab.

SARS-CoV-2 is the virus strain that causes COVID-19.

She asserted that, from the start, China has had a number of international partners assisting in endeavors at the Wuhan Institute of Virology. Chery explained that according to the lab’s website, scientists from France, the US, Canada, the UK, Australia, Spain, Germany, the Netherlands, Japan, Singapore, Pakistan and Kenya have all been within the highly secure facility.

Furthermore, its list of financial partners includes the European Union, United Nations’ Food and Agriculture Organization, World Health Organization and the EcoHealth Alliance established under a project by the United States Agency for International Development.

“No legitimate scientist can really verify their research unless they also have access to a BSL-4 lab and want to take those kinds of risks,” she said.

When it comes to the virus itself, Chery explained that of the 16 proteins present in it, the spike protein is the focal point for scientists. This particular protein is the one responsible for recognizing the receptor protein on the surface of human cells so that it can enter them.

According to the WHO, the novel coronavirus is of “animal origin” and has not been “manipulated or constructed in a lab or somewhere else.” While many have attributed US President Donald Trump’s dismissal of the WHO statement and his anti-China rhetoric as nothing more than xenophobia, it’s possible that he may be correct about the virus’s origin.

“The only problem with that is that the main resemblance between [RaTG13] and SARS-CoV-2 is in the spike protein,” she pointed out. “There’s a whole lot more to the virus.”

Chery asserted that the scientists in Wuhan sit on the editorial boards of six different scientific journals and are incredibly powerful in the scientific community, because they “give money to scientists all over the world.”

“I did not just take his word for it,” Chery stressed. “I went and I actually read the papers [referenced].”

It’s worth noting that Montagnier’s comments have been opposed by many of his colleagues, including Jean-Francois Delfraissy, an immunologist and head of the French government’s advisory council for COVID-19.

Delfraissy, speaking to France’s BFM TV, said the hypothesis that the SARS-CoV-2 was made in a lab sounds like “a conspiracy vision that does not relate to the real science.”