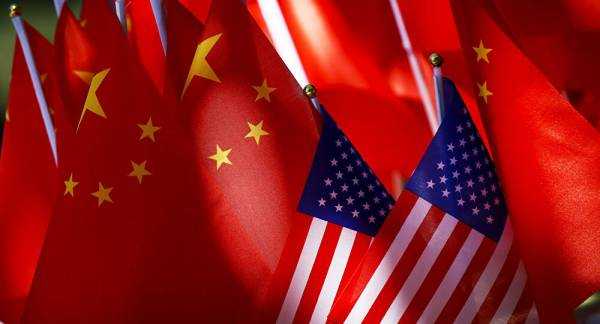 US President Donald Trump said on 30 April his trade deal with China was now of secondary importance to the coronavirus pandemic as he threatened Beijing with new tariffs amid allegations over the country’s handling of the COVID-19 pandemic.

Underscoring that tariffs in general hurt all parties involved, spokeswoman Hua Chunying reiterated that the United States should stop its blame game, used as a ploy for shifting responsibilities over COVID-19.

The spokeswoman once again emphasized that China emphatically dismisses all baseless accusations that it is responsible for deliberately spreading the virus.

Donald Trump escalated his rhetoric against Beijing recently, claiming he had seen evidence suggesting the coronavirus virus originated in a Chinese laboratory, as the fallout from the pandemic has dramatically impacted the economy.

When asked of possible retaliatory measures against Beijing for perceived shortfalls in its candidness in connection with the pandemic, the US President told reporters on 30 April he could enforce tariffs against China.

The President questioned why China had allowed people to leave the country and travel globally when they were aware of the respiratory disease outbreak.

Trump also claimed he had observed things that give him confidence that the disease originated in the Wuhan Institute of Virology.

Trump also earlier announced that US intelligence officials were probing reports that COVID-19 had spread globally after an accident at the Wuhan Institute of Virology.

©
AP Photo / HECTOR RETAMALAn aerial view shows the P4 laboratory (C) at the Wuhan Institute of Virology in Wuhan in China’s central Hubei province on 17 April 2020. – The P4 epidemiological laboratory was built in co-operation with French bio-industrial firm Institut Merieux and the Chinese Academy of Sciences. The facility is among a handful of labs around the world cleared to handle Class 4 pathogens (P4) – dangerous viruses that pose a high risk of person-to-person transmission

Beijing has been dismissing all “groundless accusations” against it in regard to the COVID-19 pandemic.

Emphasizing that the US-China trade deal was now a secondary concern to Beijing’s handling of COVID-19, Trump said:

Two anonymous US officials were cited by Reuters on 30 April as suggesting a range of options against China were under discussion, with specific recommendations not having reached Trump’s top national security team or the president yet.

Earlier, The Washington Post cited sources as claiming some officials had brought up the option of canceling some of the massive US debt held by China as a retaliatory measure over the COVID-19 pandemic.

Chinese analysts have been cited as insisting the US President’s new tariffs threats are more of a distraction to deflect blame over his own criticism of handling the coronavirus epidemic and part of a reelection bid.

While tariffs of up to 25 per cent remain on some $370 billion worth of Chinese imports, in a move to quell a damaging trade war, Donald Trump in January signed the first phase of a multibillion-dollar trade deal with China.

After a protracted tit-for-tat tariff war between the world’s two largest economies that has impacted global growth, the agreement cut some US tariffs on Chinese goods in exchange for Beijing’s pledges to purchase more American farm, energy and manufactured goods and address some US complaints regarding intellectual property practices.

The US-Chinese trade war broke out in July 2018 when President Donald Trump imposed tariffs on some Chinese imports in order to deal with the $500 billion US-China trade deficit.

Since then, the two sides have exchanged several rounds of import duties amid recurring efforts to resolve the conflict via dialogue.