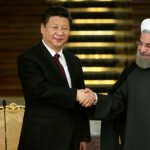 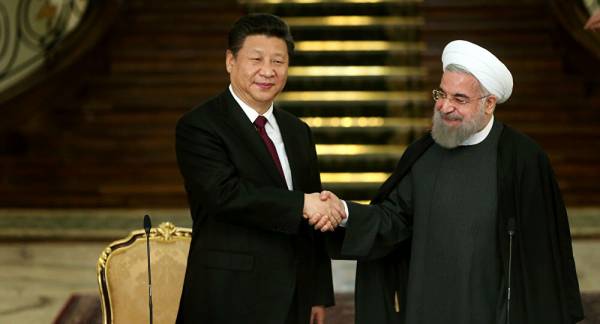 China has signed a 25-year agreement with Iran to enhance comprehensive cooperation, which however was interpreted by some Western media from a geopolitical competition perspective, claiming that China would invest $400 billion in Iran and the two countries sought to make the agreement a “game changer” for their bilateral cooperation.

As no details of the agreement have been officially released, these reports are a unilateral interpretation by Western media that intends to portray the normally deepening bilateral cooperation between China and Iran as a challenge against the US, exaggerate Iran’s threat amid the deadlock of the nuclear issue, and drive a wedge between Iran and other countries in the region, Chinese experts said.

Unlike the Western addiction to instigating geopolitical competition among Middle East countries, China is committed to a greater engagement in efforts to address the region’s security issues, either through participation in existing mechanisms or the push for new platforms such as a multilateral dialogue platform for the Persian Gulf region, regional affairs watchers said.

Chinese State Councilor and Foreign Minister Wang Yi stressed that China is willing to oppose hegemony and bullying, safeguard international justice and fairness as well as uphold international norms together with people of Iran and other countries.

Putting in perspective the good-hearted offer from China in its hour of need, observers think the China-Iran deal could prompt other countries in the region to follow, with plans to ink longer-term partnerships with China that fit their development needs, as they seek to diversify their economies in the post-COVID era and as the Chinese government has shown more reliability and stability than the see-saw US government, whose policies concerning the region continue to swing every time it changes administration.

The agreement was signed on Saturday by Wang and his Iranian counterpart Mohammad Javad Zarif in Iran’s capital Tehran during Wang’s visit to the country.

The plan for a China-Iran comprehensive cooperation is the result of both sides’ efforts after they issued a joint statement on establishing a comprehensive strategic partnership in January 2016, Wang was quoted as saying by the Xinhua News Agency.

“China and Iran have a long history of cooperation and Iran is a vital partner of China under the platform of the Belt and Road initiative,” Ding Long, a professor with the Middle East Studies Institute of Shanghai International Studies University, told the Global Times on Sunday.

Ding noted that the signing of the agreement comes from the need for both countries to seek development based on the principle of mutual benefit and win-win results. “Iran needs cooperation with China to break through the West’s sanctions and enhance domestic infrastructure construction and China needs to import oil from Iran to ensure its energy security.”

Viewing the agreement as targeting the US is a unilateral interpretation, Ding said.

Under the new agreement, the two sides will tap the potentials in economic and cultural cooperation and make plans for long-term cooperation, Wang said, adding that he believes this will promote the continuous upgrading of the China-Iran comprehensive strategic partnership to better benefit the two peoples, Xinhua reported. Zarif said that the signing of the comprehensive cooperation plan will inject new impetus into further strengthening the mutually beneficial cooperation.

No details of the agreement have been released officially. But a New York Times report from as early as July 2020 claimed that China’s investment in Iran in the following 25 years would total $400 billion.

By distorting the intention of China-Iran cooperation, the Western media is aiming to exaggerate Iran’s threat amid the deadlock of the Iranian nuclear issue, and to justify the West’s sanctions on Iran, Niu Xinchun, a research fellow at the China Institute of Contemporary International Relations in Beijing, told the Global Times on Sunday.

In 2018, the US under the Trump administration unilaterally withdrew from the Iran nuclear deal or Joint Comprehensive Plan of Action (JCPOA) and imposed tough economic sanctions on Tehran, while US-Iran relations plunged to a deep freeze following the Trump administration’s assassination of Iranian commander Qasem Soleimani in 2020.

After taking office, US President Joe Biden has repeatedly said that he would seek to restart negotiations on the JCPOA with Iran. However, both sides insisted that the other side take the first step, and the resumption of negotiations faltered.

During a meeting with Wang Yi, Zarif stressed that the US, instead of making unreasonable demands on Iran, should take the first step, lift unilateral sanctions against Iran, and return to the Joint Comprehensive Plan of Action (JCPOA). He called China a reliable partner on this matter.

Wang said the current stalemate was caused by the unilateral withdrawal from the pact by the US and urged the US to lift its illegitimate sanctions against Iran, cancel its measures of long-arm jurisdiction over third parties, and resume the implementation of the JCPOA comprehensively and unconditionally.

Energy cooperation, a longstanding area of partnership between the two countries, would be a big part of the China-Iran deal, Chinese experts noted.

The 25-year strategic deal, an indication of pragmatic cooperation between China and Iran, is not confined to the two countries, as it symbolizes China’s approach to defuse geopolitical tensions in the Middle East by fostering regional economic development, Li Weijian, vice chairman of the Chinese Association for Middle East Studies, told the Global Times on Sunday.

The COVID-19 pandemic has dampened oil demand, weighing on the lifeline of the region’s economy, Li said, adding that local tourism has taken a battering from the pandemic, putting regional development to the fore.

The pandemic might “inflict a deeper and more persistent economic impact than previous recessions” in the Middle East and Central Asia region, the IMF said in its outlook for the region in October, citing the unique characteristics of a pandemic shock that were compounded by the region’s long-standing vulnerabilities.

Real GDP for the region was estimated to contract 4.1 percent in 2020 after a 1.3 percent expansion in 2019 and could remain below pre-pandemic trends for a decade, according to the IMF.

It is a fact that the US still plays a leading role in the situation in the Middle East region. But the US government’s see-saw policies in the past years from the Obama to Biden administrations have damaged the US’ reputation among regional countries, Li Guofu, a research fellow at the China Institute of International Studies in Beijing, told the Global Times on Sunday.

Regional countries would not want to be chess pieces for the US to sustain its hegemony, Li Guofu said.

Experts believe China will rise as a pragmatic partner for Middle Eastern nations to diversify their economies in the post-COVID-era. Li Weijian cited Saudi Arabia which is pushing its Vision 2030 program.

The Chinese diplomat said the two sides can give full play to the role of the China-Saudi Arabia High-Level Joint Committee, which should take the lead in deepening bilateral cooperation in traditional areas such as trade, investment and infrastructure, as well as in emerging fields including artificial intelligence, 5G, big data and aerospace technologies.