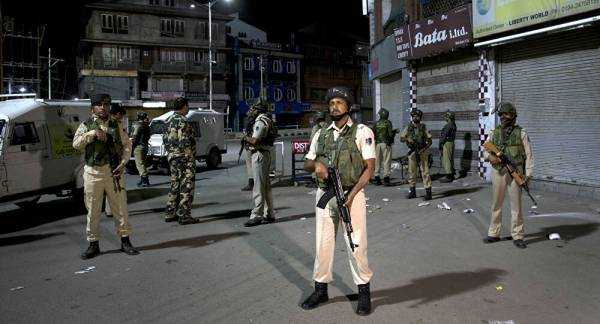 New Delhi (Sputnik): India’s restive Jammu and Kashmir union territory has seen a spike in terrorist activity since April: at least 19 security personnel have been killed over the past one month in 20 counter-terror operations across the valley.

A major firefight has been underway in Jammu and Kashmir’s Pulwama district since Tuesday night, where Riyaz Naikoo, top commander of the Kashmir-based Hizb-ul-Mujahideen terror group, was killed in the Sharshali Khrew area of Awantipora.

According to police, three back-to-back operations have been launched to eliminate suspected terrorists in Beighpora village in Awantipora in south Kashmir. Sources said that at least 8 terrorists are suspected to be pinned down amid these three operations.

Civilians from around 12-15 houses have been evacuated as the operation started.

Police data has revealed that at least 20 terrorist incidents have taken place over the past month, in which 29 terrorists were killed while around 20 security personnel lost their lives.

India has accused Pakistan of supporting terrorists in Kashmir, while Islamabad has rejected all allegations and refers to India’s opponents in the region as “indigenous Kashmiri resistance”.

​India and Pakistan exchanged cross-border fire in at least six places along the Line of Control on Tuesday, in which six Pakistani nationals were injured. The relations between the two countries worsened after India revoked the special status of Jammu and Kashmir last August.

Previous : Right at Home: What’s new and notable in outdoor grills
Next : ‘A Threat to the Town’: Norwegians Protest Against US Arctic Radar Upgrade