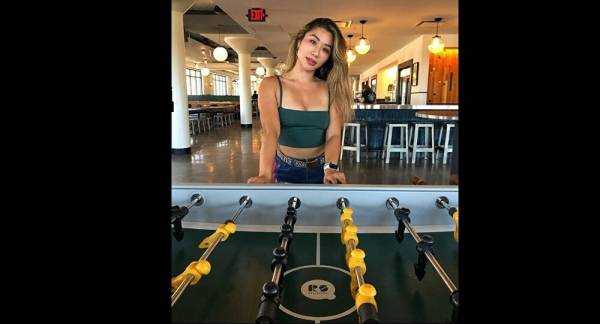 Nguyen came under fire from both netizens and her colleagues on “The Challenge”, who accused her of using the “Black Lives Matter” as a trend to boost her own popularity, though she later brought in an apology.

MTV has fired cast member Dee Nguyen of the reality show “The Challenge” following a series of tweets she posted over the weekend that were considered insensitive to the black community.

Dee has come under criticism for posting a series of pictures on Instagram instead of participating in “Black Out Tuesday”, as she had pledged to do. One user wrote, “Wake up! People are dying”. Dee replied, “People die every f**king day. U don’t know me or what I do. I suggest you wake the f**k up and get off social media”.

Bayleigh Dayton took to Twitter to shame her colleague, saying Dee’s tweet was not supportive of the Black Lives Matter movement.

Dee fired back, and the women exchanged a series of angry tweets before Dayton’s husband, Swaggy C, stepped in to say that Dee was only posting about BLM “for clout” and called her a “clown”. He went on to suggest that anything Dee does is only to drag her through another season of “The Challenge”, and that she “didn’t do one act of kindness until a camera was in [her] face”.

Dee, at first, said she was a victim of the so-called “cancel culture” but later posted a couple of tweets apologising both for her words and for replies to Dayton and her husband, but the damage had apparently been done.

Netizens reacted to Dee’s apology, saying they were not impressed, while another colleague on the show, Tula “Big T” Fazakerle, said that Dee’s tweets prompted her to share her own unpleasant experience with her co-worker.

Wes Bergmann, who films the “Friends and Benefits” show, where Dee also starred, kicked her out of the Patreon house following the insensitive tweets, and later also took to Twitter to comment on her firing from the show.

Previous : J.K. Rowling, Burn the Witch!
Next : US House Republicans Urge Trump to Reject US Troop Pullout From Germany