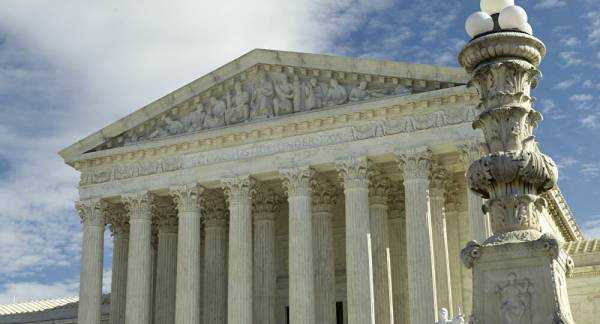 The Supreme Court of the United States is the country’s highest level of judiciary and holds primary authority over both state and federal matters of the law. Oral arguments are held in which two parties file briefs on the merits of a case in question.

A Supreme Court oral argument was interrupted on Wednesday afternoon when the distinctive sound of a toilet flushing could be heard amid an ongoing debate.

Due to social distancing measures, the public has for the first time been able to remotely listen in to oral arguments held by the Supreme Court.

As key issues regarding the First Amendment are heard being discussed, an audibly flushing toilet is heard.

The culprit behind the flush has so far been unnamed, but the mishap highlights problems faced by justices, lawyers, and the world as many adjust to working from home amid the coronavirus pandemic.

​Some social media users responded with cynical humour and thankful remarks that the sounds weren’t worse.

​​Others hoped it would be enshrined into historic memory.

The free speech case being discussed as the flush occurred deals with a political consulting trade group against the federal government over the 1991 Telephone Consumer Protection Act banning automated phone calls and whether an exception should be made for government debt collection.

Previous : Ruth Bader Ginsburg discharged from hospital
Next : US COVID-19 Death Toll May Reach 350,000 if All States Reopen in June, Model Predicts