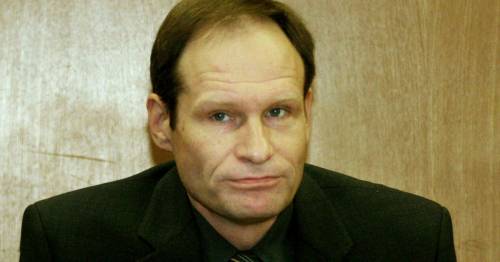 While the thought of cannibalism is stomach-churning to most people, examples can still be found across the world.

From members of a religious sect devouring human flesh in religious rituals to horrific attacks on innocent people, stories of humans eating humans have the power to chill you to the bone.

Surprisingly, in the UK, there aren’t technically any laws against cannibalism. Offenders tend to be charged with murder, preventing a lawful burial or – in the case no one has died – charges of outraging public decency.

Here are the nine places where cannibalism is still happening, and its gory history.

The Aghori tribe in Varanasi, India
(

The Aghori, a tiny sect of Indian Monks, have often been pictured by the world's press as readers are fascinated by their cannibalistic rituals, which they perform in order to gain spiritual enlightenment.

The group use human skulls and bones for ceremonies and jewellery and eat human flesh for specific rituals.

But they do not kill anyone for use during ceremonies, instead using the bodies of people who have already died.

Aghori rituals are based largely around chanting mantras and offering alcohol and cannabis to the fire.

The Fijian archipelago had a fearsome reputation as 'The Cannibal Isles’. To this day, you can participate in the Sigatoka Cannibal Cave Safari.

Notable for its massive size and unusual natural characteristics, this cave was once a fortress for a cannibal tribe and still contains a cannibal oven and other reminders of this gruesome history.

3. The Democratic Republic of the Congo

In the Democratic Republic of the Congo , tales of cannibalism have been apocryphal for 50 years.

But at a 2003 United Nations meeting, Sinafasi Makelo, a representative of the Mbuti Pygmies, claimed that his people were being eaten alive.

It was alleged that army, rebel and tribal fighters had been pursuing the Mbuti Pygmies in forests, killing and eating them.

Some fighters reportedly believed that eating their flesh would give them magic power.

Members of the Korowai tribe
(

The Korowai Tribe were only discovered recently, and it’s thought the Western world had no contact with them until 1970.

Papua New Guinea is one of the countries in the world where it is no secret cannibalism was practised in the past, and up until quite recently.

The Korowai tribe is one of the last known tribes in the world to have been cannibals.

The Korowai believe in evil spirits, and therefore it was necessary to kill and eat a person they believed had been taken over by a ‘khakua’, or demon.

There is talk that the practice is still carried out today, and some members of the tribe will state this. But some observers suspect this claim is just a good story to live up to expectations.

Doctors Without Borders first began working in Liberia in 1990 in response to the first Liberian civil war, which killed more than 250,000 people.

After the war, Doctors Without Borders found evidence of cannibalistic practices during the war, which they sent over to Amnesty International.

It is thought that DWB’s evidence was covered up, with Liberia’s Secretary General saying: “What they do with the bodies after human rights violations are committed is not part of our mandate or concern.”

At a war crimes trial, it was stated by a former close aide that former Liberian President Charles Taylor ordered his militias to eat the flesh of captured enemies and UN soldiers.

More than 400,000 Cambodians have been affected by land grabs and evictions since 2003
(

While cannibalism was relatively widespread during the Pol Pot regime in comparison with other periods, the consumption of human organs in Cambodia, particularly in the context of warfare, can be traced back hundreds of years.

Cambodian soldiers fighting in the Khmer Rouge Rebellion were accused of cutting out the hearts and livers out of the bodies of Khmer Rouge soldiers. People ate purely for survival, living on what little was available at the time.

It is thought that if they ate the liver of a defeated enemy they would transfer bravery to themselves.

Stefan Ramin went missing whilst away in the French Polynesia
(

In 2011, German tourist Stefan Ramin went missing while on a traditional goat hunt in the picturesque Nuku Hiva, French Polynesia.

He was allegedly promised an authentic experience on the castaway island, but his remains were sadly later found at a campfire.

It is believed that he was ‘hacked to pieces’ and then burned by a tribe, suspected of cannibalism.

Cannibal Rudy Eugene set upon unwitting Ronaldo Poppo on a Florida freeway in 2012.

During the 18-minute filmed encounter, Eugene accused Poppo of stealing his Bible, beat him unconscious, removed Poppo's pants, and bit off most of Poppo's face above the beard (including his left eye), leaving him blind in both eyes.

Rudy was shot by police to make him stop the horrific attack which made headlines across the world and stunned the people of America.

Armin Meiwes has become known as the real-life Hannibal Lecter after it was revealed that he had killed and eaten Bernd-Jürgen Bra.

He was sentenced to life in prison for killing and eating a voluntary victim that he had found via the internet.

Brandes, who had travelled from Berlin, was sexually aroused by the idea of being consumed, Meiwes said.

The duo dined on Bernd’s genitals before Armin stabbed him with a 12-inch knife. He was later arrested for murder as cannibalism is not a crime in Germany.

Previous : Inside Russia’s brutal Black Dolphin prison where the only way to escape is dying – World News
Next : Lewis Hamilton bows to pressure from F1 chiefs amid jewellery stance ahead of Miami GP