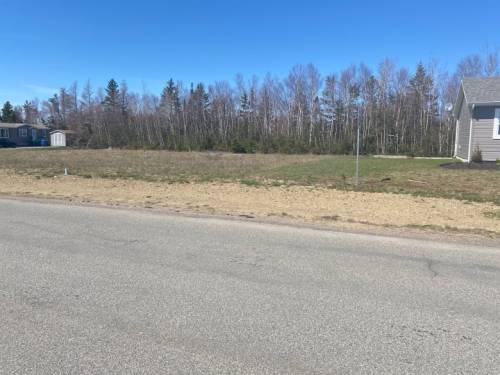 Younger than 35 and have a family? N.B. town may have land to sell you

If you're younger than 35, a town in northeastern New Brunswick has a plot of land to sell you.

In an effort to help young people build their first home, live in Caraquet, and contribute to the local labour force, the municipality is offering two plots of land in a mini-home park on 4th Park Street.

The only condition is the buyers have to be younger than 35, and they must build a home on it before next July, said Mayor Bernard Thériault.

"The reason why we are doing that is that we have a challenge where this summer we're going to see 40 new residential [units] built up in Caraquet, but most of them are … for retired or older people.

"So we felt that to flip the balance on the other side of the equation, we will take those two parcels of land that we own and try to make it to give them to younger couples or younger individuals to own a home in Caraquet."

The lots being put up for sale are in a mini-home park on 4th Park Street. (Radio-Canada)

Thériault said when he became mayor just less than a year ago, he realized that housing was one of the biggest issues facing members of the community.

That inspired an earlier initiative where the city offered land for free to any developer who promised to build homes on it.

Thériault said a developer has since taken up ownership of the land and will be building 28 townhouse units on it by the end of this year.

As for the latest initiative, Thériault said, the two parcels — valued at around $30,000 each — won't be given away for free. 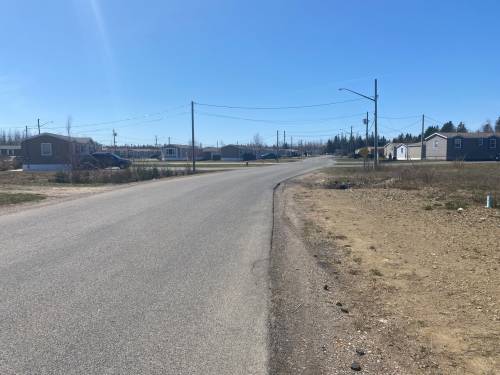 Caraquet Mayor Bernard Thériault says the lots are on paved roads in a mini-home park and are fully serviced by the town. (Radio-Canada)

Instead, the town will be seeking proposals from applicants interested in purchasing one.

"We've got now to find out some criteria where money itself is not the only factor," he said.

"Maybe a couple with two kids may have an advantage over a single person. I am just throwing ideas there, but we will have a working group that would determine the criteria.

"Our main objective is to help families, which has some challenges right now to find a way to access property."

Thériault said the town is going to begin advertising its request for proposals next week and will accept applications until the end of June.

Asked why the town doesn't just sell the plots as it normally would, Thériault said he didn't want them to fall into the hands of "speculators" looking to make a quick profit off them.

"We've seen some lands that were sold by the Town of Caraquet that is there and and not obtainable because the price is too high," he said.

Similar initiatives to spur the creation of new housing have been launched by municipalities in recent years, including the Village of McAdam, which announced in 2018 it was selling 16 vacant lots for $1 each in a bid to attract new residents.

In an interview Wednesday, McAdam Mayor Ken Stannix said all of the lots have been sold, but no homes have been built on them just yet because of delays caused by the COVID-19 pandemic.

I certainly agree with putting deadlines on having people do things- Ken Stannix, McAdam mayor

Asked his thoughts on Caraquet's plan, Stannix said he wasn't sure how he felt about the requirement that buyers be younger than 35.

However, he said he thinks it's important that there be conditions on how soon a home is built.

"I certainly agree with putting deadlines on having people do things," Stannix said.

"I find a lot of people will try to buy a piece of property cheaply and then they'll turn around and try to flip it on you, so you have to be wary of who you sell it to.

Stannix said the deadline for buyers of the dollar lots in McAdam will be coming up at the end of this year.

With files from Radio-Canada

Previous : Prince William and Kate Middleton issue rare apology amid two-day tour of Scotland
Next : Mum who thought she had dementia for 29 years discovers she has Lyme disease