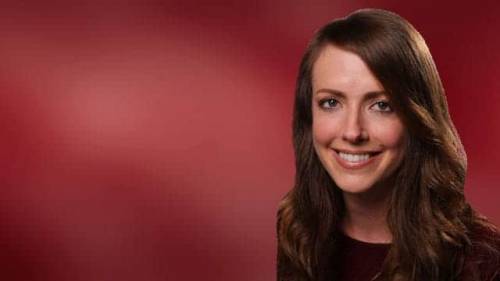 Students, including those on their own for the first time, say they're worried about possible sexual violence on the Western University campus in London, Ont., after a number of reports to officials and on social media.

Those fears have been amplified by the death of a first-year student, Gabriel Neil, 18, following an assault just off campus on Saturday night, as well as out-of-control parties in student neighbourhoods.

"I'm a little nervous, and my parents are nervous and upset. It's a little scary," said first-year student Calista Coleman.

"There's all this stuff going on and then adjusting to being in a new place all by yourself, it's scary."

We're asking our campus community to come forward with any information they have.- Chris Alleyne, Western University vice-president of housing and ancillary services

They did say four unrelated reports of sexual violence were received in the last week.

First-year students are back living in residence, and second-year students took their classes last year online, creating a double cohort of young people adjusting to life away from home after a year of pandemic restrictions.

'None of this is OK'

Parties off campus have gotten out of hand, and students living in Sydenham Hall and other residences on campus have described a chaotic weekend that capped off orientation week.

It all prompted an admonishment from London Mayor Ed Holder.

"What the hell are they thinking? None of this is OK, and it can't be swept underground and ignored. This is incredibly serious," Holder said.

Female students say they're worried about their safety and male students are expressing concern for their female friends. 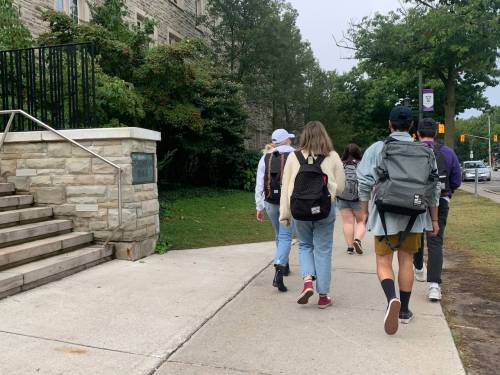 The university is trying to speak directly to students in residence and is encouraging people to come forward with any information they might have. (Kate Dubinski/CBC)

"It's just been a lot that's happened in one day or in the last couple of days," said first-year student Emily Whitehouse. "It's scary. I want the university to come down on it."

Some of the rumours on social media are focused on violence inside residences, making a sometimes difficult adjustment to living away from home a scary experience, said Chelsea Flagler, who just started at Western and is from Kingston, Ont.

"We feel like we have to watch our backs," she said. "We're taking it day-by-day, but it's everywhere on campus, it's in our building which is our home."

Western University, along with London police, were canvassing students door to door, asking what they've seen and heard, said Chris Alleyne, one of the school's vice-presidents.

"We're asking our campus community to come forward with any information they have related to what's available online."

He said the school has made counsellors available to students, and has a program targeted at male students that deals with consent and healthy relationships.

"I think this environment is challenging, especially to women and this particular age group, because of the pervasive nature of gender-based violence in society," Alleyne said.

"I think that sexual violence is pervasive in society, Western is reflective of broader society and certainly we have the opportunity to educate our students around the issues of consent."

Previous : Author accused of killing daughter who drowned in bathtub walks free from court – World News
Next : Ex-Canada minister who clashed with PM Trudeau says he broke many promises