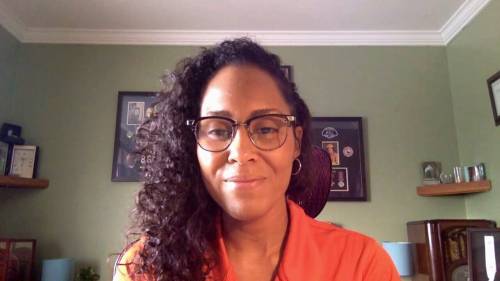 The Maritime Women's Basketball Association (MWBA) was made for people like Ellen Hatt.

Hatt, a 25-year-old from Halifax, finished her four-year run on the Acadia women's basketball team in 2019.

Graduation, however, brought an abrupt end to her basketball career.

"It was such an identity for me. But there was no other space for me to go and play," Hatt said.

About two years after its conception, MWBA play is set to open on Saturday with six teams from across New Brunswick and Nova Scotia all hitting the court at Leo Hayes High School in Fredericton.

Hatt's team, the Halifax Thunder, will play the first game in league history against the Moncton Mystics at 2 p.m. ET. The season runs until the final weekend of June, when the playoffs will be held at Saint Mary's University in Halifax.

Hatt said there was "no doubt" in her mind that when the Thunder, which also have a competitive high school travel team she used to play on, added an MWBA squad that she would join.

Besides, the league fills that basketball gap she's been missing for three years.

In the early days of the pandemic, Janes joined a Zoom call organized by a local coach and featuring a Q&A with Canada's then-women's national-team coach Lisa Thomaidis.

"One of the questions was how can Canada continue to rise in the world rankings?" Janes recalled. "And Lisa said, 'We're the only top-ranked FIBA nation that doesn't have a domestic pro league.' And that really stuck out."

And so Janes started jotting stuff down on the "back of a napkin." He reached out separately to Thomaidis as well as Canada Basketball women's performance manager Mike Mackay and Canadian Elite Basketball League commissioner Mike Morreale.

One of Janes' quickest realizations was that a professional league was financially untenable for him.

"We've always said we want to run this league professionally, but it's a strictly amateur league," he said.

To that end, he said each team will run a budget around $10,000 and all player costs will be covered by the league, which has deals with hotels and grocery stores.

Around June 2020, Janes approached Tasia McKenna, the technical director of Basketball Nova Scotia who played five years at Lakehead University before graduating in 2011.

The idea was to bring McKenna aboard as commissioner. It took the Timberlea, N.S., native until October of that year to accept the offer.

"What sold me would be I wish it was around when I was playing," McKenna, now 33, said. "And then the other piece was, where do I go when I'm done playing? … My options are either stop playing or go overseas. And at the time, it just wasn't an option that I wanted to take."

Instead, McKenna went into coaching at Saint Mary's. Like Hatt, she found regular pickup games to join, but eventually found that she'd lost a step and retired.

McKenna said the MWBA can help players like her continue developing their skills in a competitive environment for now, with the goal of one day leading to a fully professional league.

"Athletes across the country want this. It's not just here in the Maritimes. We've heard Natalie Achonwa and Bridget Carleton of our senior women's national team as well talk about the need for this, for women, coast to coast," McKenna said.

MWBA commissioner Tasia McKenna said she was sold on the role because she wishes the league was around when her university career ended. (CBC)

As commissioner, McKenna envisions a league that incorporates the athletes' voice in all aspects of decision-making. She said that's especially important in a fledgling women's league where players double as moms with other full-time jobs.

A fully operational professional league, like the CEBL on the men's side, could ease some of those concerns.

"The dream is that it will happen. And whether that's through us or someone else, to me it doesn't matter. It's just the importance of having that league is critical," she said.

"Young girls will see, 'Oh, this is a sport I'd love to be able to partake in. And here are the opportunities for me to play even beyond university.' Because that's what from the age of 21, boom, everything stops," Dignard said. "And yet you've got 35-year-olds still playing club basketball professionally or semi-professionally in every other country."

Indeed, Janes said players' ages range from about 25 to 40. He said the league received about 170 player applications through an online portal, including entries from Pakistan, the Czech Republic and the U.S.

Janes doubles as general manager of the Fredericton Freeze. Even so, he hopes the league is competitively balanced.

"That's still going to be my biggest thing, is that women are going to have an opportunity to play. And if our team wins, great. Halifax wins, great. But seeing the celebration of women in sport is number one," Janes said.

Like McKenna, his hopes are for the MWBA to lead to a pro league — one way or another. Just last week, an organization called HoopQueens, touting itself as Toronto's first paid women's basketball league, announced it would begin play in June.

Hatt, meanwhile, intends to influence her community through her play. She and a fellow player even started a podcast called 'Now's The Time.'

Those three words double as an accurate representation of the MWBA's goals.

"What's really cool about it is it's the first of its kind. There really isn't an MWBA anywhere else in Canada," Hatt said.

"Someday it might grow into not just being the Maritime Women's Basketball Association, but grow across Canada."