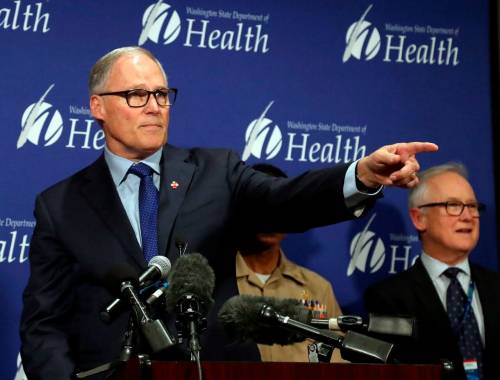 With only one land access point and 85 per cent of its residents fully vaccinated, officials in Point Roberts, Wash., just south of Vancouver, B.C., say there is no better location than the tiny U.S. territory for a controlled border reopening.

And they have the support of Washington state's governor.

As Canadian officials look at a multi-phased approach to begin reopening, the head of the Point Roberts Chamber of Commerce says the five square mile exclave that's surrounded by water on three sides is a natural and logical place to start.

"You come in by car, you have to go out the same way. So, it's the easiest, most controllable place in North America," said chamber of commerce president Brian Calder.

Prime Minister Justin Trudeau revealed two key elements of the likely reopening plan in public remarks Monday: that it will happen in stages and that the first travellers entering Canada will have to be fully vaccinated.

The closure of the Canada-U.S border effectively cut the U.S. outpost off from the rest of the world, crippling an economy that relies heavily on cross border traffic from Canada.

"Unlike anywhere in North America, we are 90 per cent dependant on Canadian traffic for our economy," said Calder.

In addition to reopening the border, Washington state Gov. Jay Inslee, left, says he would like to see an approach that uses the NEXUS program as a way for travellers to voluntarily share vaccine records. (Greg Gilbert/The Seattle Times via AP)

Last week, Washington Gov. Jay Inslee called for an immediate reopening of the border to ease the hardships on communities impacted by the lengthy closure.

The state plans to reopen June 30 and Inslee says if a full border reopening isn't feasible, he recommends partial openings, with a priority on Point Roberts.

"The hardships being experienced along the U.S.-Canadian border are significant and measurable forward progress is needed," Inslee said.

A representative for Inslee told CBC News there has, so far, been no response to the governor's request.

Point Roberts is part of the mainland United States but not physically connected to it. To reach the community by land one must pass through Canada. (Google Maps)

Point Roberts is typically bustling this time of year, packed with B.C. residents spending their money on local businesses and loyal customers filling up on discounted gas and picking up packages at the shops providing local parcel services.

At the height of the season, the community swells to 6,000 people, but since the border closed, Calder estimates there are between 800 and 900 residents left.

Canadians also own 75 per cent of the real estate there— 1,800 mostly vacation homes on the peninsula — inaccessible since the borders were closed.

Calder's call to allow Point Roberts to join a pilot reopening project means those homeowners could return to their properties — and tourists could once again support the financially desperate community.

"We are basically a danger to nobody," he said. "It's not humanitarian, supportive, understanding or compassionate in any way." 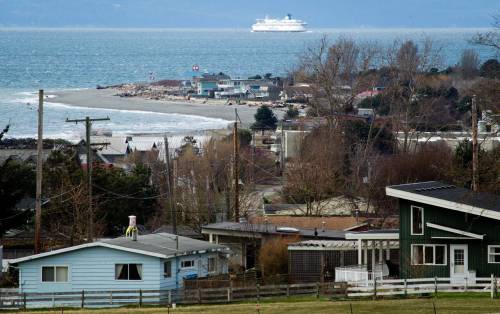 In the meantime, as the provincial and federal governments iron out the thorny logistics of any plan, Point Roberts residents will have to wait a little longer to find out when the lifeline from Canada will return.

"Premier Horgan has spoken with Prime Minister Trudeau as well as other premiers about a number of important factors to consider for border openings but at this point we will await details of the federal plan before commenting," said the premier's deputy communications director George Smith.