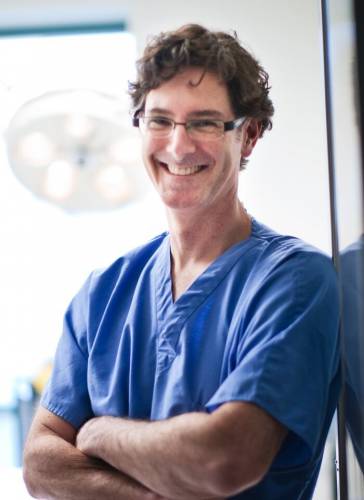 Health Canada was left in the dark for years about thousands of suspected injuries and complications related to breast implants — including multiple mentions of a rare cancer — that manufacturers failed to report, CBC News has learned.

The 5,990 incidents were submitted in bulk by breast implant makers Allergan and Johnson & Johnson's affiliate Mentor on three dates in 2019: Jan. 14, June 26 and Nov. 7, according to CBC's analysis of Health Canada's medical device incidents database.

That's 10 times more than the 594 breast implant-related reports submitted in 2018.

More than half of the new reports are suspected injuries, while the rest are classified as having the potential for injury or death should they reoccur, also called near misses. The oldest injury cited occurred in 1994.

The data suggests manufacturers received some reports as early as 2000, but they weren't submitted to Health Canada's database until nearly two decades later.

Federal reporting requirements state that companies must report deaths, injuries and near misses involving a device to Health Canada within 10 to 30 days — but they also say it's up to manufacturers to determine if an incident is reportable or not.

'A violation of trust'

A patient advocate and a plastic surgeon say these new revelations have shaken their trust in manufacturers and suggest Health Canada's reporting system is broken.

"It should be crystal clear what events are reportable," said B.C. plastic surgeon Dr. Peter Lennox, who has consulted CBC's data analysis, including the nature of problems and the type of implants named.

He says beyond the sheer volume of reports, what's more alarming is how old some incidents appear to be.

"The fact that [this reporting] has not been done for 19 years is really concerning, and I think a lot of surgeons would want an explanation for that."

Although patients, physicians and hospitals can report incidents to Health Canada, Lennox says most surgeons report directly to manufacturers and trust that they will comply with mandatory reporting requirements.

"It's a bit of a violation of trust," he said. "I use those devices with the expectation that, if I report a ruptured implant to a manufacturer, that manufacturer would report that to Health Canada. Finding out this information is not great for the relationship between surgeons and implant manufacturers."

"I'm shocked, but I'm not surprised," said Terri McGregor, an Ontario woman who was diagnosed with a rare cancer associated with textured breast implants in 2015.

She has since become a patient advocate for others.

"How do you not look at this data dump by manufacturers, up to 20 years later and not see that patients' lives mattered less than the profitability of a breast implant?"

CBC's analysis found the majority of devices named in this data dump were smooth, saline-filled implants with recurring issues tied to leaking, rupturing and pain which led to revision or removal surgeries.

Lennox says most surgeons would likely not consider deflated saline implants and revision procedures as injuries, as they are well known complications that patients are told about before surgery and "shouldn't have a significant impact on patients."

"There's nothing in this data that makes me more worried about patients, there's no new risks here," said Lennox, who's had a practice in B.C. for over 20 years.

The former president of the Canadian Society of Plastic Surgeons thinks what this data dump suggests is that reporting requirements are perhaps unclear for manufacturers.

"To just have these broad categories that are not useful for making policy decisions, just implies that the system is not functional. It doesn't protect patients, and it doesn't give physicians useful information in providing patients with guidance."

In its response to CBC News, Health Canada did mention that "breast implants have been licensed with conditions including data collection on the incidence of rupture."

CBC News also identified 26 reports in the dump with a mention of breast implant-associated anaplastic large cell lymphoma (BIA-ALCL) — a rare cancer linked to textured breast implants — submitted to Allergan between 2009 and 2019.

The data doesn't say whether the cases mentioned are confirmed or suspected.

She says her physician filed the report with manufacturer Allergan in June 2015. CBC's research suggests that same report was submitted to Health Canada's database in November 2019.

In an affidavit deposed before the Court of Queen's Bench in Alberta, Allergan's senior manager of regulatory affairs, Glen Tam, said the company's documentation for patients over the years did include "information disclosure about the possible associations between NATRELLE Textured Implants and various types of cancer — including, more recently — ALCL." 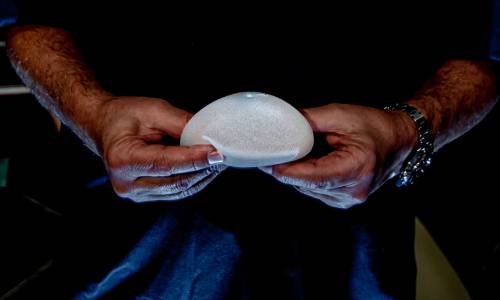 CBC has also shared its findings with Madris Kinard, a former data analyst with the U.S. Food and Drug Administration (FDA) and now CEO of DeviceEvents, a web-based tool that searches medical device reports submitted in the United States.

"A large number of these were ruptures," said Kinard. "Just because the patient didn't have to go to the emergency room for it doesn't mean that it wasn't serious in nature. These all should have been reported at 10 or 30 days. There's no question."

In 2018, Kinard brought international attention to a dramatic increase of suspected breast implant incidents submitted to the FDA, which included thousands of injuries treated as routine events and not publicly disclosed by manufacturers until years later.

She said she sees a lot of similarities between that situation and Canada's data dump.

"It shouldn't be up to the manufacturer [to report] because they have a stake in it from a fiduciary aspect, so there's no reason they would want to self-report,'' Kinard said.

Health Canada told CBC News it found a first red flag after reviewing Allergan's 2017 annual report, which mentioned breast implant incidents that did not appear in its database.

"The inspections identified a significant number of medical device incidents spanning from approximately 1999 to 2018 that were reportable to Health Canada under the Medical Device Regulations, but had not been submitted. The majority of these retroactive reports were submitted to Health Canada, in bulk in 2019," confirmed a spokesperson for Health Canada in an email.

When asked by CBC News to provide more context on this under-reporting and Health Canada's inspection, Allergan declined to comment.

Johnson & Johnson's affiliate, Mentor, says that it "has been, and remains, transparent and fully compliant with Health Canada regulations in its reporting. The reports you are referencing were submitted following a proactive internal review by Mentor and with Health Canada's support."

Health Canada says the information provided in what it calls bulk reporting "has been key for risk assessments currently underway" and that it plans to publish an update on the risks associated with breast implants in early 2022.

The statistics included in this story were obtained by analyzing the full extract of Health Canada's Medical Device Incidents (MDI) database available online which was last updated on Nov. 28, 2021 (according to files metadata). The extract contains six inter-relational data tables which were joined by CBC News using the unique identifying code attributed to each incident by Health Canada (Incident_id). Incidents that did not occur in Canada were excluded from this analysis. The dates at which the incidents occurred were not available for 30% of the reports in the three data dumps we analyzed. For reporting delays, we calculated the difference between the date at which the company became aware of the incident and the date at which the report was first received by Health Canada.

Previous : Lottery player wins big for second time in 5 months with scratch card from same shop – World News
Next : 2 years into the pandemic, why aren’t all retail workers getting N-95 masks?