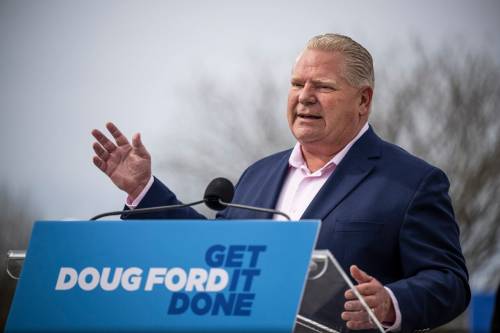 With two upcoming debates expected to shake up the Ontario election, the political baggage each of the four major party leaders is carrying could soon be front and centre on the campaign trail.

And there is no shortage of baggage to go around.

The debate on northern issues is Tuesday afternoon, with a second face off scheduled for May 16.

Here's a look at how the leaders' pasts could affect the campaign, based in part on discussions with party operatives who were granted anonymity to speak openly with CBC News.

Ford has tried to reorient himself as a premier who would be willing to spend big money as the province recovers from the COVID-19 pandemic. It's a stark contrast to the Ford of 2018, who ran as a fiscal hawk who would slash government expenditures. (Aaron Vincent Elkaim/The Canadian Press)

Progressive Conservative Leader Doug Ford is heading into the June 2 election in a radically different position than in 2018.

He had secured the leadership just eight weeks before the campaign and questions hovered over his candidacy. Whether the folksy firebrand of the divisive "Ford Nation" brand had the shrewdness to be premier was an open question for some voters.

Four years and a global pandemic later, "he's not a wild card anymore," says Tamara Small, a professor of political science at the University of Guelph.

Why Ontario's election will be a referendum on Doug Ford

Where the Ontario election race will be run — and won

Part of that record is the polarizing ways his government responded to COVID-19. It could hurt the PCs with some voters like health-care workers and families with school-aged children or loved ones in long-term care.

There was also the first 18 months or so of Ford's term. His government waged a seemingly constant battle as it slashed spending and scrapped Liberal programs. Polling suggested it bled support from Ford.

But there's a well-known maxim that campaigns are not run on what happened yesterday but what is going to happen tomorrow.

One PC strategist said Ford's camp is satisfied with the polling and metrics related to the pandemic and is happy to let the other parties try to litigate the last four years. 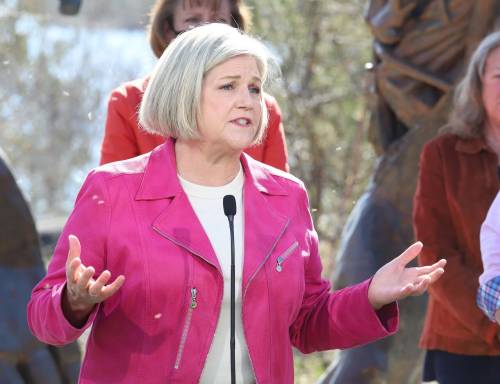 Andrea Horwath is running her fourth campaign at the helm of the NDP. The New Democrats are heading into the election with 39 incumbent candidates. (Gino Donato/The Canadian Press)

June 2 will be Andrea Horwath's fourth election as Ontario NDP leader. That could be good or bad— depending on who you ask.

Horwath carries strong name recognition. In recent polling conducted by Ipsos for Global News, she was the only leader with a net-positive favourability score. About 32 per cent chose Horwath as their first choice for premier, second only to Ford, who secured 41 per cent.

The NDP is trying to position her as the only candidate for voters who want Ford out of office. The campaign says it sees a path to power through holding seats won in 2018 and flipping 10 or 11 ridings where the party lost by five per cent or less to PC candidates.

The party picked up 40 seats in the last election. The question is whether that was a high water mark, given those gains came amid a near-total collapse of the Liberal vote.

One party source pointed to polling in late May of 2018 that had New Democrat support at over 40 per cent before it dropped heading into election day. That suggests there is room for the NDP to grow its seat count, the source said.

Her fourth election as leader also means Horwath has fought three others without ever landing the top job. While the NDP message is that she is an experienced MPP and premier-in-waiting, both the PC and Liberal campaigns are trying to paint a picture of a leader who will always come up short.

"Most voters know that she's had three cracks at it and has not been able to fulfil the promise of what she's been running on," says Don Guy, owner of Pollara Strategic Insights. Guy ran the Ontario Liberal campaigns from 1999 to 2011 and also served as chief of staff to former premier Dalton McGuinty.

"Most leaders get two terms and then it gets pretty tough after that. And she's had three." 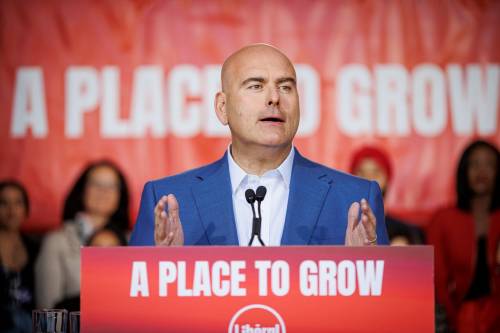 Del Duca is not well known outside of the GTA. His campaign is trying to define him as the leader of a 'new' Liberal Party, while his rivals try to link him to former premier Kathleen Wynne. (Evan Mitsui/CBC)

Elected leader 10 days before Ontario declared it's first COVID-19 state of emergency and without a seat at Queen's Park, Liberal Leader Steven Del Duca has spent the last two years quietly rebuilding the party after its disastrous 2018 showing.

His rivals often highlight that Del Duca held two cabinet posts in the historically unpopular government of former premier Kathleen Wynne. The PCs even launched a website meant to tie him to Wynne's legacy and never miss an opportunity to reference the "Del Duca-Wynne Liberals."

Small says there is an "information vacuum" around the Liberal leader, and both the PCs and NDP are trying to fill it.

During his four-year tenure as transportation minister Del Duca was embroiled in controversy over a new GO station proposed in his home riding. Ontario's auditor general concluded that Del Duca had used his political influence to ensure the station was approved despite a weak business case.

Then in 2019, there was the private pool the Del Ducas had built too close to public parkland without the necessary permits, which he called an honest mistake resulting from a miscommunication with a contractor.

But it's not yet clear whether most voters know or especially care about either incident. For his part, Del Duca has brushed off attempts to saddle him with Wynne's time as premier.

"I think over our time in office, we accomplished a great deal. I recognize we were not a perfect government," he said at a campaign stop in Kitchener last week. "Election campaigns are not about looking in the rearview mirror."

And that is why his team is framing Del Duca as the leader of a "new" Liberal Party that has undergone a generational upheaval.

The challenge will be swaying potential voters to see him as the best alternative to Ford. Del Duca carries little name recognition outside of the GTA and Liberal circles, and the pandemic only further sidelined him from public view. 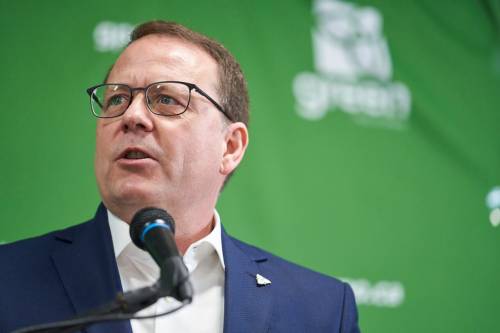 Schreiner faces the challenge of appealing to a wider set of voters who may have concerns that take priority over environmental policy. (Geoff Robins/The Canadian Press)

Green Party Leader Mike Schreiner concedes that going from one seat in the legislature to forming government is likely an insurmountable task. But he's been singularly focused on growing the party's base of support and fielding candidates that could boost the Greens' influence at Queen's Park.

A primary challenge is convincing voters that they offer a vision that addresses more than just concerns about the environment and climate change.

On that front, Schreiner has already rolled out a growing list of affordability-related commitments, including promises aimed at boosting the housing supply and moderating home prices.

But his environmental bent could serve Schreiner well, says Cristine de Clercy, a professor of political science at Western University. That's partly due to the Ford government's checkered record on green issues.

"I think a lot of first-time voters in the 18 to 25 range could be attracted to the Greens and could turn out for them," she said.

The debates could prove essential for convincing more Ontarians that the Greens are capable of someday forming government.

"The debates are going to be a very important lever for him to become more broadly known across the province and to show voters he has some idea of where he would lead the province if if he would ever be elected premier," de Clercy said.

Previous : ‘Deflated’ Vladimir Putin’s strongman image over as he looks like ‘old man in the cold’ – World News
Next : Law firm of rude diners who harassed and humiliated waitress before £1,000 bill named