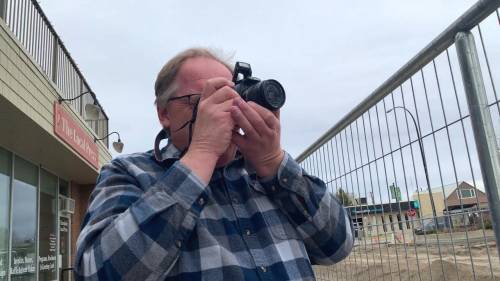 Sue Google. Focus on ‘hyper-local.’ How small-town newspapers hope to keep the lights on

On a typical Wednesday, Rob Vogt comes into the office of the Claresholm Local Press early to label each copy and slide advertising flyers into that morning's weekly newspaper.

It's the start of a long day. From there, he'll dash to a lengthy Municipal District of Willow Creek council meeting, slurping the cold coffee waiting for him in his car cupholder on the seven-minute drive over.

He's old school — he takes notes during the meeting with pen and paper, never recording anything, believing it becomes too much of a crutch for reporters.

Then, it's back to the office.

As the lone reporter at the Local Press, he writes the subscription-based weekly from cover to cover himself — 20 stories or so per week, ranging from municipal politics to human interest — then does the layout on Quark publishing software before sending it off to print.

All told, Vogt works somewhere in the range of 60 to 75 hours each week. He's been at the Local Press since September of 2001.

"It is a passion and vocation. And I honestly believe it's what I was meant to do," Vogt said.

Local Press editor and reporter Rob Vogt says the newspaper’s role in a small community like Claresholm is to provide accurate, reliable news, dispel local rumours and provide residents a space to see themselves reflected in the news. (Joel Dryden/CBC)

But the Local Press is struggling, with page counts dwindling. The classifieds section has shrunk significantly with the rise of free online options like Kijiji and Facebook Marketplace, and the phone rarely rings with inquiries from national advertisers.

And the struggles being felt by the Local Press are hardly unique.

Across Canada, 192 local news outlets have been launched in 134 communities since 2008, according to data updated last month from the Local News Project.

But those stats have been significantly outpaced by the number of closures in the same timeframe — 466 local news operations have closed in 332 communities since 2008. The majority of them were community newspapers.

The data tracks back to a turning point for many local news organizations that were previously profitable.

Hover over the dots in the map below to see the names of local news outlets in Alberta that have seen changes since 2008 as of April 1, 2022:

"There's been a real shaking out of the community newspaper sector," said April Lindgren, lead researcher for the project and a professor of journalism at Toronto Metropolitan University.

"Now, ironically, in the last two years, it's been somewhat less pronounced. And I think that is because of the federal wage supports that have kept some local media alive."

But those supports aren't permanent.

The big question moving forward, says Lindgren, is what happens when those supports disappear — especially if advertising is slow to come back.

Taking it to the courts

In Claresholm, population just under 4,000, some residents, including Delma Austin, travel to the Local Press office to pick up their paper, labelled and waiting for them.

"I love the paper. And I'm a wholesale supporter of it," said Austin, whose work with the local senior citizens' drop-in centre was featured in a recent issue. 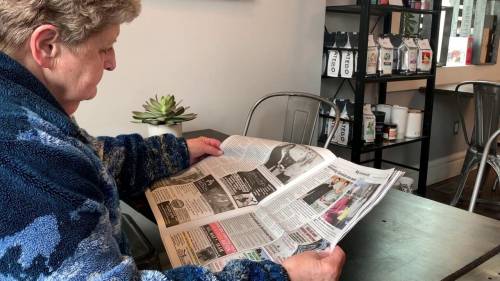 Claresholm resident Delma Austin is president of the local seniors’ centre. She says the centre had fallen on hard times as a result of the pandemic, and membership was dwindling. That changed when Vogt wrote a story about the facility's objectives, which brought new members to the group. (Joel Dryden/CBC)

Vogt and Zimmer say they keep their focus on "hyper-local" news coverage with a hope that subscriptions to their paper remain stable.

But other publications are taking more drastic measures.

About 130 kilometres southwest of Claresholm, in the community of Crowsnest Pass, Alta., Lisa Sygutek says her publication, the Crowsnest Pass Herald, has seen a $80,000 to $100,000 drop in revenue compared with what it was seven years ago. 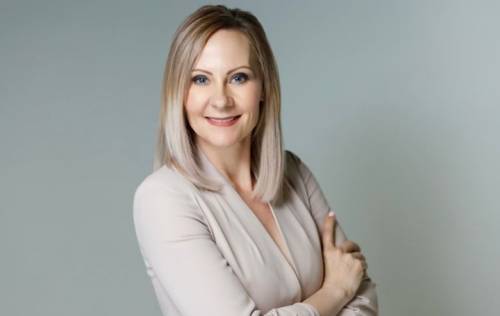 Lisa Sygutek, owner and publisher of the Crowsnest Pass Herald, worked with the Toronto-based litigation firm Sotos Class Action to file a class-action lawsuit against Google and Facebook. (Submitted by Lisa Sygutek)

"I get nothing from the Google, Facebook feed, the advertising that they're doing on our website. It's cents on the dollar," she said.

That's why Sygutek says she jumped at the opportunity to push back when she was approached by the Toronto-based litigation firm Sotos Class Action earlier this year.

"This is me saying, you don't get to steal our revenue anymore. You just need one person to stand up and say, enough is enough. And I was willing to do it," she said.

The lawsuit was served to Google and Facebook in mid-March. It still needs to be certified by a judge, and the allegations have not been proven in court.

The lawsuit alleges two things: that Google and Facebook agreed they wouldn't compete in certain areas of the digital display ad market, and that Google manipulated its internal systems that dictate ad sales, which the lawsuit claims harmed publishers.

The Canadian class-action follows similar efforts made against Big Tech in the United States in recent years.

In 2020, the Texas attorney general filed a similar multi-state lawsuit, which alleged that Google had abused its "monopolistic power." Google asked the court to dismiss that case in January 2022. 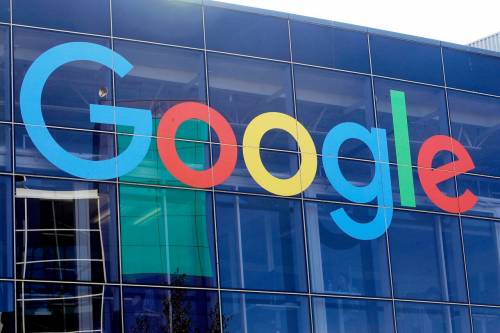 A sign is shown on a Google building at its campus in Mountain View, Calif., in this 2019 file photo. The internet search giant says its advertising technology supports thousands of businesses, from small advertisers to major publishers, rejecting a claim that it had colluded with Facebook to exploit ad markets. (The Associated Press)

A spokesperson with Google said the company was unable to comment on active litigation, but pointed to its previous statements responding to the Texas antitrust lawsuit.

"The complaint misrepresents our business, products and motives, and we are moving to dismiss it based on its failure to offer plausible antitrust claims," the company said in a blog posted to its website on Jan. 21.

In December 2021, Axios reported that more than 200 newspapers across dozens of states had filed antitrust lawsuits against Google and Facebook, alleging the two companies had monopolized the digital ad market.

The closures of small-town newspapers are made more important in times of crisis, says Lindgren of the Local News Project, when Canadians rely on trusted news sources.

And without local news sources, parts of Canada can turn into what have been called "news deserts," or what Lindgren refers to as areas of "local news poverty."

When such conditions take root, residents are often uninformed about decisions being made locally, are disconnected from community events and can be exposed to misinformation that may take root without fact-checked reliable sources.

Those conditions have been accelerated by the pandemic, Lindgren says. She says the collapse of ad dollars will precipitate the need to find alternative revenue streams, whether that be through government, philanthropic or community means.

"It's a myriad of challenges we face," said Evan Jamison, president of the Alberta Weekly Newspapers Association.

"The big question is, what funds newspapers going forward?" 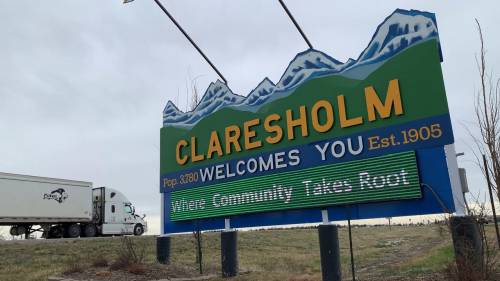 The town of Claresholm is approximately 125 kilometres south of Calgary, and it has a population of nearly 4,000. Like many small communities, its community newspaper has been struggling in recent years. (Joel Dryden/CBC)

News Media Canada, the trade association for Canadian newspaper publishers, says it was urging parliamentarians to pass the online news bill, otherwise known as C-18, among other policy fixes.

That bill would make companies like Facebook and Google pay for reusing news produced by professional Canadian news organizations.

"This is very good legislation that allows newspaper publishers — large urban dailies and smaller community papers — to come together to negotiate collectively with Google and Facebook to ensure publishers are paid for the content their journalists create," said Paul Deegan, the president of the association, in an email.

He added that the organization believes in healthy competition and supports efforts that will lead to a "thorough examination of the practices of dominant digital players."

The way forward is unclear. And though things are uncertain, and remain in flux, other things remain unchanged.

Vogt, the reporter at the Local Press, says if the doors at the paper ever close, it won't be his decision. But he'll keep working until then.

"I find it interesting that, in so many ways, what I did 20 years ago when I started here, I still do. It's still paper and ink, we push it out Wednesdays, people buy it," he said.

"I know virtually all the subscribers. And I kind of have a personal relationship with them. And I like to think that's going to continue into the future, right?"