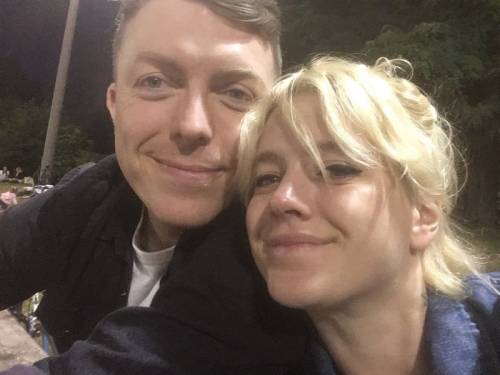 Brett Diederichs's last words were spoken in the way his sister says he spoke throughout his entire life: to help someone else.

Diederichs, 36, was standing on the main highway outside of Lillooet, B.C., with his mother when he realized a mudslide was charging down the hill above them. In an instant, he shouted at his mother.

"They heard a really intense, loud rumble. The ground shook. The last thing my mom remembers is my brother screaming, 'Mom, get back in your car.' Which she did, just in the nick of time," Kirsten Diederichs, Brett's older sister, said in an interview Wednesday.

"My brother just couldn't make it back. He was immediately lost."

The Diederichs family has identified Brett, a trained paramedic and well-known figure in Toronto's restaurant scene, as the fifth person believed to have been killed by a landslide Nov. 15 in an area of B.C.'s Highway 99 known as the Duffey Lake Road.

The hillside slipped away during one of the worst rainstorms the province has seen in decades, sending a rush of mud and debris straight into the cars and people on the road below.

Couple was on their way to a new home, family says

Brett and his longtime partner, Madison Van Rijn, were on the road last weekend because they were moving from Peachland, B.C., to Victoria.

They'd been living with Brett's mother, Brenda, in the Okanagan city since 2020, after Brett lost his restaurant job during the pandemic. Brett spent his last summer in B.C. working on the front lines as a paramedic during the province's brutal wildfire season.

He and Van Rijn made plans to move to the island for a fresh start with a more temperate climate, immediate access to the ocean and a vibrant culinary scene.

Brett Diederichs and his partner, Madison Van Rijn, in an undated photo. (Submitted by Kirsten Diederichs)

The timing seemed ideal — his mother's home in Peachland had sold with a closing date of Sunday, Nov. 14, and the new place in Victoria was available the following day.

Brett and Van Rijn left the Interior for the coast with Brenda following in her own SUV.

The worst of the storm hit that Sunday. By late afternoon, mudslides and washouts had knocked out two of the three major highways they needed to take.

The family holed up for the night in Kamloops and, on Monday, they headed for their last option: Highway 99.

"They were anxious to just get on the road and get to their new home," said Kirsten.

Fallen trees and debris on Highway 99 are pictured on Nov. 15 after a flood swept through the area near Lillooet, B.C. Four bodies have been recovered from the debris and the search has been called off for a fifth person still missing, RCMP said. (B.C. Ministry of Transportation/Reuters)

Traffic came to a stop ahead of a small landslide that had already come down, just outside of Lillooet.

"My brother got out of the car to go and see if he could help, or if anyone needed help, and my mom decided to just jump out and take her dog for a walk," said Kirsten.

Four bodies have been recovered from the debris. RCMP have not confirmed Diederichs as the fifth person still missing, but confirmed the search for the last body has been suspended.

'He took care of everyone'

Kirsten said she and Brett were both born in New Westminster, B.C., and spent their early years in the city before the family moved to Toronto when they were 11 and nine.

In his 20s, Brett started working in restaurants across the city and quickly rose through the ranks and into senior management.

"He immediately made a name for himself," Kirsten said.

"He was just a really sweet, loving human. He was such an emotionally intelligent, kind, generous person. He had so many loving, dear friends for that very reason." 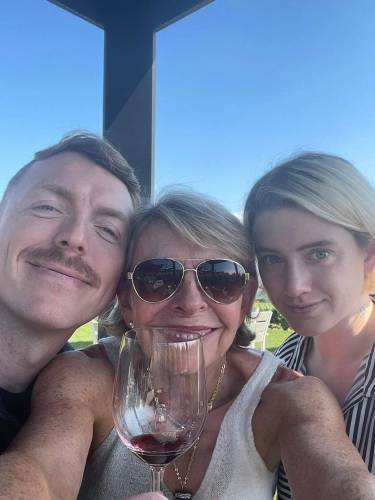 Brett Diederichs pictured with his mother, Brenda Diederichs, and his partner, Madison Van Rijn in an undated photo. Brenda and Van Rijn survived the mudslide. (Submitted by Kirsten Diederichs)

His last words to his mother summed up who he was as a person, Kirsten said.

"He likely saved her life by screaming at her to get back in the car," she said.

"That's what he did for everyone. Didn't matter if it was listening or cooking or physically being out in the forest fires as a paramedic, it's what he always did — help everybody else.

"He took care of everyone, including me."

With files from Belle Puri