Jason Krassilowski says he is ready to get treatment for his addiction.

But living in Dryden, Ont., a rural city of about 8,000 residents that's 350 kilometres northwest of Thunder Bay, Krassilowski said it's impossible.

Standing in the way is a long list of barriers.

A wait list to get a counsellor. A referral for treatment. A wait list for a spot at a residential treatment centre. Money to travel hundreds or thousands of kilometres to get to the treatment. Money, sometimes covered by public or private insurance, to pay for treatment.

Krassilowski doesn't even know where to start.

It's a story common among people with addictions who live in rural communities across northwestern Ontario and the region, experts say.

They stress that the problem needs to be fixed so people can get treatment they need when they're ready, and say not doing so can result in lost hope — a missed opportunity to provide a hand to those reaching out.

Ready for treatment, nowhere to go

"My parents are gone. My wife and my kids, that's my family, and I don't have them right now, and that's hard. That's really hard."

Krassilowski, 51, retired after a nearly 30-year career as a truck driver working across Canada, something he takes a lot of pride in, and was happily married with two kids.

He said experimenting with crystal meth was fun at first. Then suddenly, it wasn't.

I struggle every day not to pick up a needle and stuff something into my arm.- Jason Krassilowski, Dryden, Ont., resident

Now, Krassilowski is separated from his wife and rarely sees his children. His addiction worsened. He contracted hepatitis C.

"I struggle every day not to pick up a needle and stuff something into my arm," he said.

Krassilowski said he is ready to get the help he hopes will put him on the path to recovery. Missing, however, is the infrastructure to make that happen, he said.

The gaps in rural addictions treatment

Sarah Kennell, national director of public policy for the Canadian Mental Health Association, says people who use substances in rural areas simply don't have the same access to treatment as those living in big cities.

Kennell said it's critical to invest in resources in small communities like Dryden so people don't have to leave their homes for treatment.

"People who use substances in rural areas are at far greater risk of being in significant crisis situations."

Marcel Penner sees the impact of substance use in a rural community every day as director of mental health and addictions at the Dryden Regional Health Centre.

He told CBC News he wants to see comprehensive addictions treatment brought into the community.

Penner broke it down into three key types of services.

"Those services don't exist in our area," he said.

Missing is the money for infrastructure and staff in small, rural communities, Penner added.

The Dryden Regional Health Centre has a mental health and addictions department with a mobile crisis unit, but the director of the department, Marcel Penner, says they also need more withdrawal management and treatment services. (Logan Turner / CBC)

It's something the provincial government says it's working on.

In a statement to CBC News, Ontario said it's promised to invest $3.8 billion over 10 years to implement its plan to modernize the mental health and addiction system.

But the province's Roadmap to Wellness plan, introduced in February 2020, makes little mention of plans to address the specific challenges facing people in remote, rural or northern communities.

The statement added the government has invested in mobile withdrawal management services, and it committed in its 2021 budget to create four new mobile health clinics, but did not say where those programs would be based.

Penner said while infrastructure is needed, people are too, to run the programs.

"That seems to be a desperate need all the way across the district."

It's not just a matter of graduating more social workers and other mental health workers, said Deepy Sur, chief executive officer of the Ontario Association of Social Workers.

"We're one of the largest regulated providers in psychotherapy and counselling in Ontario, and over a thousand social workers are joining the workforce each year," Sur said. 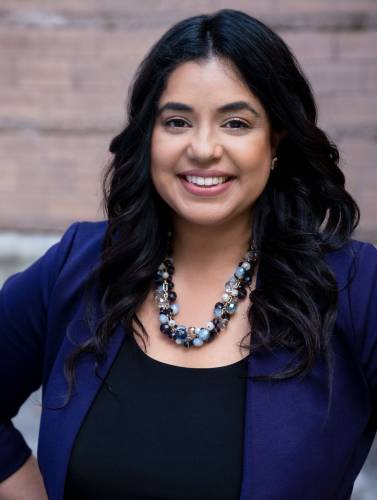 "It's more an issue of strategic deployment."

Sur said social workers and other mental health providers can't just be based in treatment centres — they should also be "embedded into community-based settings" like schools, workplaces and jails.

If those investments are made, coupled with strategies to recruit and retain qualified professions, she said, rural and remote communities will see improved mental health and addictions services.

Until that happens, Krassilowski said he will just keep trying and hoping to get the treatment he needs to get his life back together.