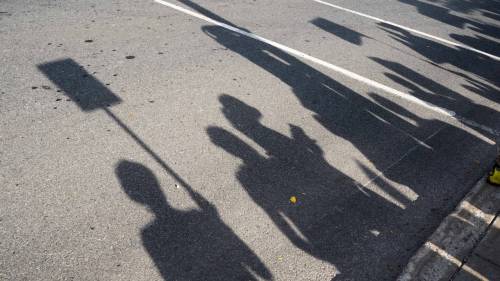 Thousands of public daycare workers in Quebec will walk off the job for as many as four days starting Monday, after contract talks with the provincial government broke down last week.

"After a week of intensive negotiations, the representatives of [early childhood] employees … and the employers' party failed to come to an agreement and ended talks," the Confédération des syndicats nationaux (CSN) union wrote in a Friday press release announcing the strike.

All the unions representing daycare workers in the province are going on strike to once again push for higher salaries, the main sticking point in the talks.

In daycares where workers are represented by the CSN-affiliated Fédération de la santé et des services sociaux (FSSS-CSN), thousands of workers will walk out on Monday, Tuesday, Wednesday and Thursday.

As for the Quebec Service Employees Union (SQEES), affiliated with the Fonds de solidarité (FTQ), its strike is scheduled for Tuesday, Wednesday and Thursday.

An indefinite general strike could also be called as early as Wednesday for some of those employees.

No contract for more than year and a half

Public daycare workers in Quebec have been without a government contract for more than a year and a half and voted to start rolling strikes in September.

"The government stubbornly refuses to offer a salary catch-up for all employees, which we have been demanding from the very start of the negotiations," said Lucie Longchamps, vice-president at the FSSS-CSN, in the statement.

On Monday, the government said it was willing to pay 20 per cent more to educators who work 32-36 hours a week. The pay increase jumps to 23 per cent if they agree to work 40 hours a week, bringing their hourly pay to more than $30.

While the Treasury Board has agreed to give the same offer to specialized educators, it does not apply to other support staff, such as administrative, kitchen and maintenance workers.

The government said it would increase their pay by nine per cent, but not more, saying it has to be fair to civil employees who do those same jobs in other sectors.

All the unions representing publicly funded daycare workers in Quebec are going on strike starting Monday to once again push for higher salaries, the main sticking point in negotiations with the province. (Ivanoh Demers/Radio-Canada)

The CSQ says that is insufficient and is asking for 13 to 20 per cent raises for these workers.

Quebec's family minister, Mathieu Lacombe, said last week that his government "really wants to solve" the issue, acknowledging that educators were not paid enough for their skills.

"The negotiation is not over. The unions have demands; the government has demands," he said. "A negotiation is a conversation, and here we are in the middle of the race."

"I am confident that we will come to an agreement," he said, prior to the walkout.

'It puts a lot of pressure on us,' says parent

A resolution couldn't come fast enough for parents like Arwen Flemming, who has been scrambling amid rolling strikes to find alternative arrangements for her 22-month-old daughter. She says the longer the strikes persist, the harder things get.

"It means I had to miss so much of my work and I love my job," she said. "Daycare allows me to do my job and I'm not able to do my job [without it] … It makes living in the pandemic so much harder."

Another parent, Shane Bill, says the on-and-off days are negatively affecting his son.

"It's really stressful. It's making it really hard for him to reintegrate and everything … little kids don't understand that kind of thing," he said.

Flemming says she can't afford to pay $150 to hire someone to watch her daughter while on the job, and Bill says he doesn't get paid for the days he doesn't work.

I have worked in Quebec's daycares for 18 years, but I can't hold on much longer

If no progress is made in negotiations this week, unions say they will push for an unlimited general strike until an agreement is reached with the province. Currently, no new dates for talks are scheduled.

"Unfortunately, we have to admit that we must once again increase the pressure to get the government moving," said Stéphanie Vachon, childcare lead at the FSSS-CSN.

Previous : What Turpin sisters hope public takes away from their Diane Sawyer interview
Next : Misinformation in the courtroom: How cases challenging COVID-19 restrictions in Alberta have shifted