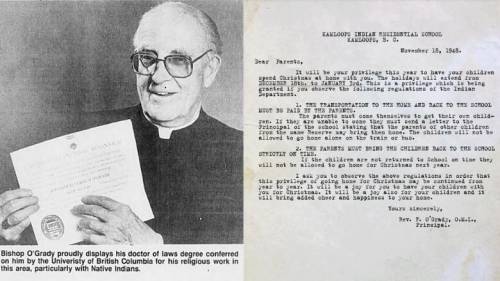 There are growing calls for the University of British Columbia to review its process for granting honorary degrees after it emerged that several people with troubling legacies have been honoured in the past.

UBC announced last week that its senate would be reviewing the honorary doctorate given to John Fergus O'Grady, the Catholic priest who was once principal of Kamloops Indian Residential School.

The CBC has since identified several other people known to have discriminatory or racist views who have been honoured by UBC since the university began granting honorary degrees in 1925.

They include two other clergymen involved with the running of residential schools, and several B.C. political figures with histories of discriminatory policy.

Many people on social media have called for all honorary degrees to be reviewed, including UBC Vancouver Senators Julia Burnham and Eshana Bhangu, as well as the staff of the Allard Law School.

'No obligation to grant honorary degrees'

UBC anthropology professor Charles Menzies, a member of the Gitxaała First Nation, believes if degrees granted in the past are not reconsidered, they diminish those granted today.

"The university should not be afraid to acknowledge the horrific actions of people that [it] has honoured," he said.

"There's no obligation to grant honorary degrees. They're kind of a privilege that universities present. And with all privileges, they should and can be revoked."

A UBC spokesperson said, "The university is working to establish a transparent process and criteria for reconsidering honorary degrees granted. And we'll have more info on that in the days and weeks ahead."

In late May, the Tk'emlúps te Secwépemc First Nation said a preliminary report had identified the remains of 215 children at the former Kamloops residential school site.

O'Grady was granted his honorary law degree in 1986.

He is not the only church official directly implicated in the residential school system whom UBC has honoured. 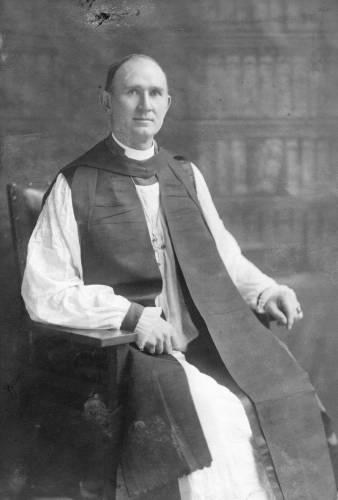 Adam de Pencier was granted an honorary degree in 1940, and was the Archbishop of New Westminster when they ran St. George's Indian Residential School. (City of Vancouver Archives)

A.U. de Pencier, the Anglican Archbishop of New Westminster between 1910 and 1940, was directly responsible for the running of St. George's Indian Residential School in Lytton, B.C., including its financing.

He is on record as having a xenophobic attitude toward Asian people, and Japanese people in particular. He said in 1922 that "uncontrolled immigration" would lead to "dangerous conditions" for Canada.

De Pencier also served as the Metropolitan of British Columbia and Yukon — the highest-level Anglican clergyman in the province — for 15 years and was a senator at UBC for several years. He was awarded an honorary law degree in 1940, the year of his retirement. 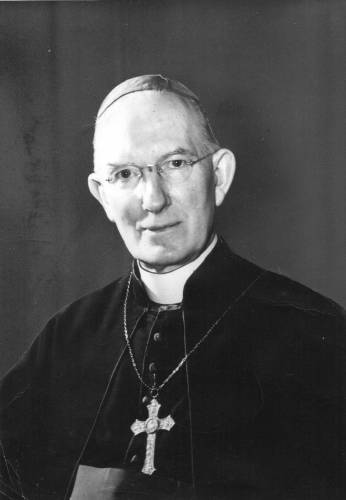 William Mark Duke was awarded an honorary doctorate by UBC in 1953, and was heavily involved in running Catholic residential schools throughout the province. (City of Vancouver Archives)

William Mark Duke, the Catholic Archbishop of Vancouver between 1931 and 1964, was the founder of St. Mark's College, affiliated with UBC, and was awarded an honorary doctorate in 1953. 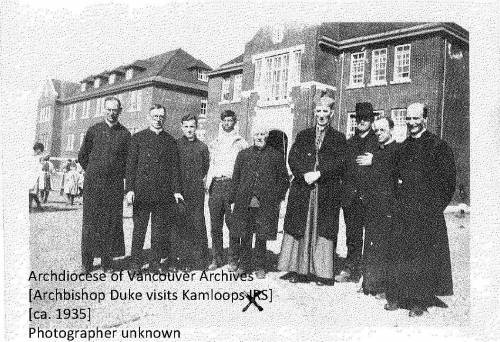 Duke is pictured here in front of Kamloops Indian Residential School in 1935. (Archdiocese of Vancouver Archives/National Centre for Truth and Reconciliation)

'What are the legacies?'

Other UBC honorary degree recipients have been involved in many facets of Canada's colonial legacy:

Menzies says the university should be honest about their recipients' practices and acknowledge them going forward.

"It's not about cancelling or removing a person, it's about saying, 'What have they done? […] What are the legacies?"

Revoking an honorary degree would be unprecedented for UBC. Even among universities nationwide, the practice is rare.

The most prominent example was Carleton University and Queen's University stripping Aung San Suu Kyi of her honours in 2018 for her complicity in the crackdown on Myanmar's Rohingya Muslim population.

Several Canadian universities are currently grappling with their colonial legacy. On Sunday, a statue of Egerton Ryerson was toppled outside Ryerson University by people protesting his role in the residential school system.

Previous : Google says rival search engines can appear on Android devices in Europe for free
Next : More than half of Asian Canadians experienced discrimination in past year: survey