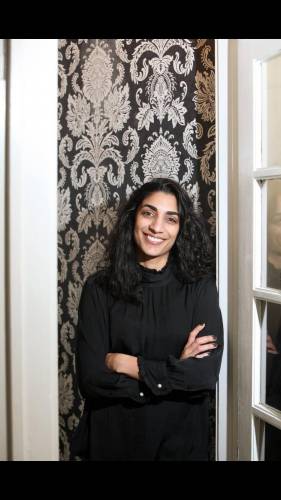 A national coalition that advocates for children and families says Canada's mission to eliminate child poverty stalled during the COVID-19 pandemic, and the group is urging the new federal government to take bolder and more decisive action to protect children.

A new report by the group Campaign 2000 found that more than 1.3 million Canadian children, or 17.7 per cent, are living below a poverty line used by Statistics Canada.

"That's a pretty significant number of kids who are suffering from the harms and the effects of missing meals, not having the right kinds of clothes and parents working really long hours," said Leila Sarnagi, the Campaign 2000 national director.

The coalition, which has more than 120 members, takes its name from a 1989 House of Commons resolution to end child poverty by the year 2000.

The report released Wednesday also found that low-income, single-parent families are now further from the poverty line than at any point since 2012. The average such family with two children is $13,262 from reaching the poverty line. The gap was $9,612 in 2015.

The poverty line used in the report is known as the Low Income Tax Measure After Tax, which Statistics Canada defines as 50 per cent of the median income of Canadian households.

The report is based on the most recently available tax data, which is from 2019.

Sarnagi said the economic disruption caused by the COVID-19 pandemic likely means child poverty has worsened since then.

"We think that it's going to be worse, that it will show us worse outcomes and higher rates of poverty in the pandemic," she said.

The highest child poverty rate in Canada is in Nunavut, at 34.4 per cent. Manitoba, with a rate of 28.4 per cent, was the highest of any province.

Reduction in child poverty has 'stalled'

Those gains are now slowing, she says, because the government has not adequately expanded benefit programs, nor has it made it easier for parents to access the programs.

"Families who are in deeper poverty, the Canada Child Benefit is not reaching them, it's not bringing them up and above that low income measure," Sarnagi said. "The reduction has stalled."

The report notes that at the current pace of lifting children from poverty — 24,200 children moved above the poverty line in 2019 —  it will take Canada another 54 years to completely eradicate child poverty.

Among more than 60 recommendations in the report, Campaign 2000 is calling on the federal government to significantly increase the Canada Child Benefit in its next budget, though Ottawa has not signalled a plan to do so.

What is basic income and which of Canada's main parties support it?

"It's time for us as a country to really look at some kind of a national guaranteed income for people, because that ultimately ends up benefiting children," said Rao, who was not involved in the Coalition 2000 report.

"A lot of the pandemic response that we saw from Ottawa was focused on what the Trudeau government calls the middle class and I think we really need to see more for those who are close to the poverty line."

GG: child benefit will 'keep up with the cost of living'

In her speech from the throne on Tuesday, Gov. Gen. Mary Simon mentioned the benefit directly and suggested it will increase with the rate of inflation.

"The Canada Child Benefit has already helped lift hundreds of thousands of children out of poverty and will continue increasing to keep up with the cost of living," Simon said.

Gov. Gen. Mary Simon credited the Canada Child Benefit in her speech from the throne on Tuesday, suggesting it will increase with the rate of inflation. (Sean Kilpatrick/The Canadian Press)

"Lifting children out of poverty is a top priority. Evidence shows that children who grow up in poverty are more likely to remain poor as they age," the report notes.

Sarnagi said Ottawa's recent lack of action and urgency does not suggest that it truly considers child poverty a top priority.

"We don't see that in what they're delivering to people," she said.