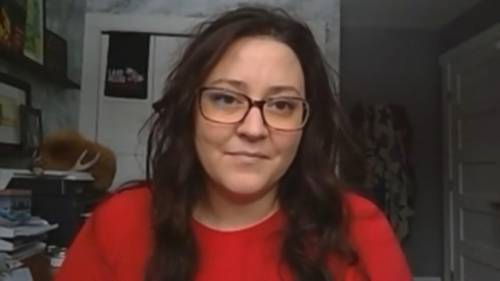 First Nations and Indigenous communities in Canada need more support from the federal government to cope with future disasters related to climate change, according to a new report on Canada's disaster resilience.

Although people living in these communities are more likely to experience climate-related disasters, experts say not enough is being done to help them plan and prepare as Canada's weather becomes more extreme.

"The nations that I work with oftentimes feel like they're ignored or left out," said Amy Cardinal Christianson, a researcher with the Canadian Forest Service who studies the effect of wildfires in Indigenous communities.

Christianson, who is Métis from Treaty 8 Territory in Alberta, said Indigenous communities facing a heightened risk of wildfires and other natural disasters say they're being neglected by the government.

"Most felt like if they had the resources, that they could provide better support and response in their communities," she said.

Christianson's conclusions are supported by a new report, drafted by the Council of Canadian Academies (CCA) at the request of Public Safety Canada and released this week.

The report, which examines Canada's ability to handle natural disasters, said governments aren't making good use of Indigenous knowledge and practices that could mitigate climate-driven events such as fires and floods.

"Nowhere is this more pressing than in supporting Indigenous communities in disaster preparedness and resilience," the report said, arguing Canada needs to bolster local infrastructure and practices.

The threat of climate-driven disasters is expected to grow in the near future as Canada's climate warms faster than the global average, triggering more extreme and unpredictable weather.

Research shows that Indigenous communities in Canada will be disproportionately affected — in part because they are often rural and remote.

Amy Cardinal Christianson, a fire researcher, said Indigenous communities don't have the resources they need to protect themselves from natural disasters. (CBC)

According to Natural Resources Canada, predominantly Indigenous communities accounted for 48 per cent of the communities evacuated due to wildfires between 1980 and 2021 — even though Indigenous people make up just five per cent of Canada's population.

"Our research shows that there needs to be adaptation for these communities to be able to prepare and respond to these events in safe ways," Christianson said.

Indigenous Services Canada provides funding and supports to help Indigenous communities confront the effects of climate change — but experts say accessing those programs can be difficult.

"It's hard for an outside user to be able to track, know and understand all those different programs," said Scott Vaughan, a senior fellow at the International Institute of Sustainable Development who served as chair of the CCA report.

The report found that Indigenous communities often have the know-how to protect themselves from emergencies but "lack the resources or authority to take effective action."

In a statement to CBC News, Indigenous Services Canada pointed to a federal investment of $259 million over five years "to strengthen the capacity of First Nations to prepare for, respond to, and mitigate emergency threats."

The agency also cited $100 million in investments from 2016 to late 2021 for 89 climate-related infrastructure projects, such as dikes, sea walls and erosion control. The government says 54 of those projects have been completed.

Beyond the calls for increased funding and more accessible programs, experts say the federal government needs to make fundamental changes to the way it interacts with and supports Indigenous communities.

"A lot of the complaints were about more of a paternalistic government relationship with the communities," Christianson said of her research.

She said people described "government agencies wanting to come to help and basically not listening to local opinion or local needs."

Vaughan said Ottawa needs to take a more collaborative and inclusive approach to helping communities prepare for climate change — ideally one that would lean on Indigenous knowledge and practices while empowering communities to lead mitigation work.

"It's not so much of a mandate. It's a practice," he said. "How can you look at Indigenous knowledge in a way that can better inform practices?"

Long-established Indigenous practices such as "cultural burning" — low-intensity, controlled fires that can reduce the intensity of unplanned wildfires — are among the mitigation strategies that could be used more widely, the report says.

Christianson said cultural burning has largely been eliminated due to government regulations.