Ottawa is lending billions to developers. The result: $1,500 ‘affordable’ rents

As Birch Meadows, a 76-unit apartment complex on the outskirts of Moncton, N.B., opens this fall, it will offer tenants a number of perks: underground heated parking, quartz countertops, storage lockers and an in-house gym.

Half the units, he said, would be "deeply affordable" as part of the agreement, signed under the federal government's $25-billion rental construction financing initiative. It was a key consideration in a small city that's witnessed examples of huge rent increases, in a province considered the poorest in Canada.

But it turns out that "deeply affordable" is relative. Federal data released under access-to-information laws shows the "average affordable rent" of the Birch Meadows project is $1,500 a month — far higher than Moncton's average rent last year of $880.

The Birch Meadows apartment complex in Moncton, N.B., was built with the help of a $16-million loan under the federal government's rental construction financing initiative. (Pierre Fournier/Radio-Canada)

Birch Meadows is hardly an outlier, according to a CBC analysis of the data related to more than 130 low-cost loans — some topping $300 million — that have been handed out across the country under the rental construction financing initiative.

Affordability requirements are a key condition of the loans. But in more than half of the cases, the average affordable rents are higher, or are projected to be higher, than what most tenants currently pay in the city or town where the project is located.

"It's a cruel joke," said Aditya Rao, a lawyer and an organizer with the New Brunswick Coalition for Tenants Rights. "We know that people who are trying to rent are struggling."

Housing affordability has become a major concern in many areas of Canada and an issue in the federal election, with each of the three main parties promising to build, renovate or preserve at least a million homes.

The Liberals' centrepiece initiative on the issue has been the national housing strategy, a now-$70-billion program that was launched in 2017 and is aimed primarily at building affordable housing and cutting chronic homelessness.

While the rental construction financing initiative began as a modest part of that, it has since swollen to become the largest single item in the strategy. As of March, close to $9.7 billion has been committed to help build more than 29,700 units, of which at least 18,000 are described as "affordable."

The rental construction program is administered by the Crown corporation Canada Mortgage and Housing Corporation (CMHC). At a minimum, developers who tap into it must promise that a certain number of units will be rented for at least 10 years at rates less than 30 per cent of the median family income for the area. And the total rent taken in must be 10 per cent lower than what would otherwise be achievable.

But the 30 per cent criteria has been criticized as wildly out of touch, chiefly because the median income of renter households is often significantly less than an area's overall number, as used by CMHC.

It's a formula that makes little sense, according to Steve Pomeroy, a housing policy research consultant in Ottawa who has studied the program. In many cases, he said, it wouldn't force rents to be less than $2,000 a month.

"It's very, very easy for the developer to meet the criteria," he said, "and hence for the CMHC to write press releases for the minister's office so the minister can stand up and proudly say, 'The government of Canada has provided financing for the project, and these units are going to be affordable,' without distinguishing what affordable really means."

The CBC analysis shows that several projects have "average affordable rents" that approach or even exceed $2,000. A third of all the projects have averages above $1,500.

Neil Lovitt, a vice-president at Turner Drake & Partners Ltd., a real estate consultancy in Halifax, said the program is useful in that it offers incentives to developers to build apartments. What bothers him, he said, is that people who already struggle to pay market rents will have little hope of being able to afford many of the resulting units.

"There's been a lot of announcements about projects under this, a lot of bragging about the affordable units that are being created," Lovitt said. "They're affordable, in a sense, in that they're more affordable than they would be otherwise. But they're not necessarily deeply affordable. They're not affordable forever.

"And they certainly missed the mark, I think, in terms of where the highest need and the most critical new supply should be directed."

The initiative amounts to "catnip" for politicians, he said. The money is a loan, and so must be repaid, which means it's easier to parade out large numbers without the budgetary concerns prompted by a grant.

The program was conceived at a time when rental construction in Canada was low, with developers in many cities focusing on condominiums and houses.

The main purpose was to spur the private sector to build more rental housing, with the hope that more inventory would keep overall rents in check. The initiative lures developers through loans that often include very low interest rates and 50-year amortization periods that allow building owners a half-century to pay back what they owe. 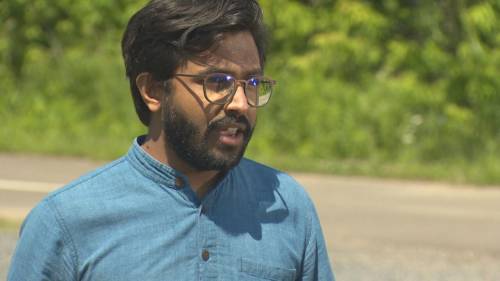 Aditya Rao is an organizer with the New Brunswick Coalition for Tenants Rights and a human rights lawyer in Fredericton. (Ed Hunter)

The CMHC declined to comment for this story, citing the federal election. A spokesperson for Hussen, the Liberal minister responsible for CMHC who is running for re-election, said he was not available for an interview.

An audit of the program found it accounted for two-thirds of rental starts in Toronto in 2019, he said, although none the year prior. It determined that one-bedroom rents under the program were generally priced below market rates, but also recommended examining how the initiative could achieve "greater affordability."

John Lafford, the developer behind the Birch Meadows project in Moncton, said he would have gone ahead with the apartment complex without help from Ottawa. But he said that without the low-cost loan, unit rents would have been about $200 higher.

Affordable means different things to different people, he said, but it's up to the program — and not him — to define it. His agreement, he said, requires him to keep rent increases to the rate of inflation for at least 20 years, which he considers a critical component.

"People can move in and all of a sudden know that they're not going to get their rent raised every year," Lafford said. "In that way, it's very affordable, because they can set their mark on what they can pay for rent and then they know that it's stable." 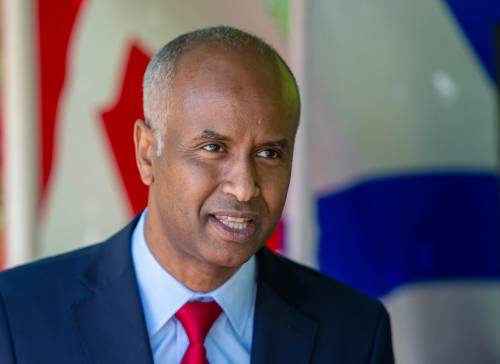 Hussen is shown at Mount Saint Vincent University in Halifax on July 13. He is running for re-election in the Toronto riding of York South—Weston. (Andrew Vaughan/The Canadian Press)

Pomeroy argues the program should be retooled so that half the loan budget is dedicated to non-profits eager to construct apartment buildings, as they are motivated to keep rents low. Not-for-profits account for less than 10 per cent of the financing, according to data released earlier this year.

He said he became so concerned about how the program was being portrayed that at one point, he warned the minister's office it should stop referring to affordable units in press releases about projects. The language did shift, he said, often referencing "middle-class Canadians" instead.

In some cases, projects continue to be explicitly described as affordable housing, including a $115-million loan for a building in Halifax that will see an average "affordable" rent of more than $1,500. The average rent in the municipality last year was $1,172.

In July, Liberal Leader Justin Trudeau announced a $120-million loan to build 302 "affordable units" in Brampton, Ont. He referenced the middle class, and then said the apartment building would be a place a "young grocery store worker" could call home.

But CMHC data shows the average affordable rent at the project is expected to exceed $1,700 — likely out of reach for someone making a little more than minimum wage.

Since the program launched, rental construction has picked up significantly in Canada; the last two years have seen record numbers. Along the way, the Liberals have continued to increase financing to the program, adding another $12 billion in the spring budget.

But Pomeroy said it's a mistake to credit the program with the surge in apartment construction. He estimated in January that the program was responsible for less than five per cent of rental starts since 2017, as private developers jumped into the market without government help.

"It really does beg the question, five years on, do we actually need this initiative?" Pomeroy said. "And it certainly begs the question why, in the 2021 budget, another $12 billion was allocated to this when that evidence was clearly available to CMHC officials who were advising the government on the budget."

Previous : Huge fire breaks out at key National Grid site as staff and nearby residents evacuated
Next : Conservatives wouldn’t meet Canada’s new UN climate target. Here’s what that could mean