The four major parties in this year's provincial election are staking out their positions in northern Ontario as their leaders prepare to spar over regional issues in this afternoon's leaders' debate in North Bay.

The debate is the first for the June 2 vote, featuring leaders of the Progressive Conservative, New Democrat, Liberal and Green parties.

In the days leading up to the debate, the parties began making their case to northern voters.

Data from CBC's poll tracker suggests the PCs have a slight advantage in northern Ontario, followed by the New Democrats and the Liberals. The Green Party and the New Blue Party also have candidates in the region.

Ford shows up in Thunder Bay

Progressive Conservative Leader Doug Ford became the first premier-hopeful to make an appearance in the northwest, on Saturday in Thunder Bay during a whirlwind weekend across northern Ontario.

He visited the Heddle Marine shipyard, joined by the party's local candidates in the two Thunder Bay area ridings, to greet workers while climbing aboard the Tim S. Dool freighter that was moored at the facility.

Ford met with workers at the Heddle Shipyard in Thunder Bay during a visit to the northwestern Ontario city on Saturday. (Matt Vis/CBC)

Ford touted the party's efforts to encourage economic growth in the north, specifically mentioning the critical minerals strategy that the government released earlier this year, and said a strong mining sector will benefit industry across the province.

"We're strong believers in, first of all, working with our Indigenous communities. We have a great partnership with them," Ford said.

"That's going to create thousands of jobs from the critical minerals. That flows all the way down to southwestern Ontario. We're going to be the No. 1 leader in North America on electric vehicles, and battery manufacturing, and automotive."

During a visit to Sault Ste. Marie earlier that day, Ford also reaffirmed a $1-billion commitment to build the road to the Ring of Fire. That pledge had first been made by the former Liberal government in 2017.

While in Thunder Bay, Ford mentioned the advancement of construction of a new correctional complex, as well as funding provided to transit agencies to have vehicles built at the Alstom plant in the city.

The New Democrats rolled out their northern-specific platform on Monday, with Leader Andrea Horwath making a morning announcement in Sudbury. The party held an afternoon virtual news conference with their candidates in the four northwestern Ontario ridings.

Judith Monteith-Farrell, the NDP candidate in the Thunder Bay-Atikokan riding, emphasized that social infrastructure is a requirement to bring private-sector development to the region. 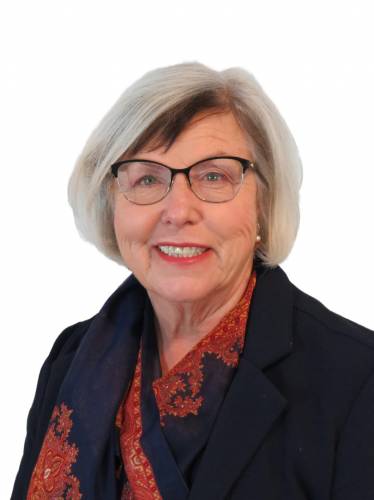 Judith Monteith-Farrell is the NDP candidate in the Thunder Bay-Atikokan riding. (Submitted by the Ontario NDP)

"We need to be able to attract employees, and in order to do that, we need health care," she said. "People don't want to move here if they can't have health care, if their schools are not sufficient or if their children can't get autism services.

"It's not about just providing incentives to business to set up shop here — with things like tax breaks or rezoning — the kinds of things that are normally talked about in development. What we need is to ensure we have the workforce, and the trained workforce, and the family resources to support growing Thunder Bay."

The NDP also promised funding for a 24/7 mental health crisis centre in Thunder Bay, "like the community has asked for," acknowledging the many calls from city leaders, local service providers and advocates. The party also said it would ensure similar sites are built in Sudbury and Sioux Lookout.

The Liberal platform also mentions bringing cardiovascular surgical services to Thunder Bay, a project that dates back to 2015. Also included is a mention of redeveloping the hospital in Kenora.

With the campaign underway for a week now, the Liberal website does not show officially nominated candidates in the Kenora-Rainy River, Kiiwetinoong, Sault Ste. Marie or Timmins ridings.

There are some areas of overlap between the platforms, with both the Liberals and NDP pledging to have provincewide high-speed internet access by 2025, and enhancing winter maintenance standards for Highways 11 and 17.

All three parties have also committed to hiring more doctors and health-care workers, with specific financial incentives for those committing to working in northern, rural or remote settings, and increasing admissions at the Northern Ontario School of Medicine.

Green Party Leader Mike Schreiner is scheduled to release details of his party's northern Ontario platform Tuesday morning at an event in Bracebridge.

Previous : Brits want a manager they can talk to about their personal life
Next : Not just chickens: In Ontario, bird flu has killed bald eagles, Canada geese — and juvenile red foxes