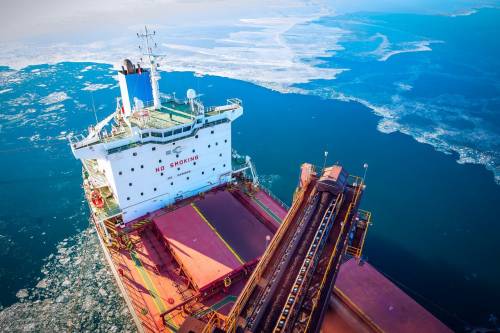 Nunavut hunters and environmental groups say shipping activity from Baffinland's Mary River mine is having a real and potentially lasting effect on narwhal numbers in the area.

They're calling on the mining company to, again, alter its shipping plans this year as a precaution.

In a letter to Nunavut regulators last week, the Pond Inlet-based Mittimatalik Hunters & Trappers Organization (HTO) says the abundance of narwhal summering in Eclipse Sound has been in steady decline in recent years and that Baffinland is responsible.

The company agrees that the narwhal numbers are down in Eclipse Sound — but suggests there may be other reasons.

Eclipse Sound is a natural waterway through the Arctic Archipelago, northwest of Pond Inlet, and is where narwhals migrate from Baffin Bay each summer. It's also the route used by ships carrying ore from Baffinland's port.

Last year, the company agreed to avoid ice breaking in spring to minimize negative impacts on narwhal. That decision was based on "the precautionary principle that is the foundation of our adaptive management plan," Baffinland's CEO said in a statement at the time.

Baffinland intends to resume icebreaking this year, according to the company's most recent annual report.

"Now is not the time to advance with icebreaking," reads the HTO's letter to the Nunavut Impact Review Board (NIRB).

"Now is the time to slow down and pause, to assess what is happening and make necessary adjustments to the course. The risks to Inuit harvesting rights are too great, and demand the exercise of extreme caution."

The letter says narwhal in the area are less abundant, their behaviour is changing, and hunters are struggling to harvest enough to feed their families.

An aerial survey of Eclipse Sound done for Baffinland last August found an estimated 2,595 narwhals in the area — a little more than half of what was seen the year before (5,018 narwhal), and roughly a quarter of earlier estimates of 10,489 animals in 2013, and 12,039 animals in 2016. Baffinland began shipping ore from the Mary River mine in 2015.

"That's a big concern from a marine conservation standpoint and also from a food security standpoint … This past summer there were hardly any narwhal for people to hunt,"  Westdal said.

Baffinland acknowledges the drop in numbers in Eclipse Sound, but argues that there's no clear proof that its shipping activities are to blame. It could be due to other environmental factors, such as changing sea ice conditions or new predator and prey dynamics, the company suggests.

Maybe not a distinct stock

The company points to combined survey numbers from Eclipse Sound and Admiralty Inlet that don't show the same drop over recent years, and in fact more than doubled to 75,177 animals between 2020 and 2021. That suggests narwhal populations in the area are not suffering, a spokesperson says.

"A review of available Inuit knowledge and scientific monitoring data supports that the Admiralty Inlet and Eclipse Sound narwhal stocks may actually represent a single stock with natural exchange of animals between the two putative summering areas," company spokesperson Peter Akman wrote in an email to CBC News.

The Department of Fisheries and Oceans considers the summer aggregations of narwhals in Eclipse Sound and Admiralty Inlet to be distinct stocks for harvest management. In a 2020 report, the department considered evidence of mixing between the groups and suggested that harvest limits should factor that in. But the report concluded the data "do not warrant a change to the definition of management units."

That report also suggested narwhal in Eclipse Sound "may be displaced by an increased level of vessel traffic from mining and cruise ships, ice breaking, and anthropogenic development." It also cited killer whales as a possible factor in where narwhals frequent.

Asked whether the company would alter its icebreaking plans again this year, as urged by the Mittimatalik HTO and Oceans North, Akman said Baffinland is still working on a plan. 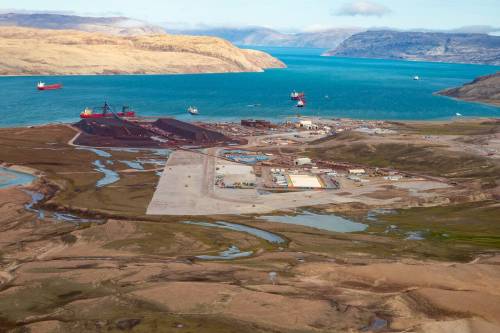 "Baffinland will consider all proposed mitigations and monitoring measures proposed in the development of the 2022 Narwhal Adaptive Management Response Plan," Akman's email states.

According to Oceans North, there's no time to waste. The group, which sits on a marine environment working group with the company and local hunter trapper organizations, wants an urgent meeting to talk about Baffinland's shipping plans. The group, along with the Mittimatalik HTO, is suggesting the company do more than just put a pause on icebreaking this year.

The group wants other measures such as limiting the number of ships in the area, or reducing the speed of ships to minimize noise disturbance.

"We can't wait to do that because another year of low narwhal numbers could be the extirpation or the complete removal of those animals from this area," Westdal said.

With files from Jordan Konek and Teresa Qiatsuk

Previous : Top Tory risks fury in own party by saying unsuitable MPs were elected in 2017 and 2019
Next : Queen has ‘ring of steal’ to halt Harry and Meghan documentary bid, expert says