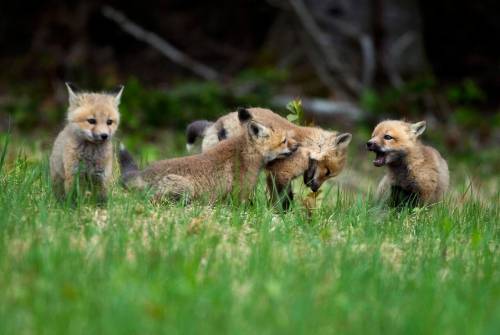 The deadly strain of avian flu ravaging Canada's poultry industry is also felling an unusual number of wild birds and has even jumped to mammals, killing a pair of juvenile foxes near St. Marys Ont., according to wildlife experts.

The Canadian Food Inspection Agency said that as of Thursday, at least 68 poultry farms have been affected by the virus across the country, with an estimated 1.7 million birds killed. The hardest-hit provinces are Alberta, followed by Ontario, each with 23 farms affected.

Wildlife experts say avian influenza typically only affects waterfowl, but this strain, referred to as highly pathogenic avian influenza, or HPAI, has affected a wide array of wild birds, including waterfowl, corvids (such as crows and blue jays), gulls and raptors.

The most surprising casualties to date however, have been a pair of juvenile red foxes that recently died of bird flu near St Marys.

"These foxes had been consuming the uncooked meat from infected animals," said Brian Stevens, a wildlife pathologist at the University of Guelph.

Stevens performs necropsies on wild animals that die under unusual circumstances in Ontario and Nunavut for the Canadian Wildlife Health Cooperative.

Among the most surprising casualties of the HPAI strain so far were two red fox kits similar to the ones pictured here. The two animals consumed raw meat infected with the virus near St Marys, Ont. (Robert F. Bukaty/The Associated Press)

"So far we've only seen it in the kits. These are only five- to six-week-old kits and I don't know yet if it has affected the adults as well, so that's something we're keeping an eye on."

Stevens said the HPAI strain was first detected in Ontario wildlife in mid-March and the casualties are mounting. As of the start of May, he had detected the virus 55 times in wild animals, a three- to four-fold increase in what he would typically see in his caseload.

"The variant that's out there now is affecting a lot of wildlife, which is not something we typically see. So the fact that it's jumping [to foxes] and causing severe disease and death of Canada geese and a number of different raptor species is concerning."

That concern is part of the reason some wildlife rescue groups in Ontario — including Salthaven Wildlife Rehabilitation Centre in Mount Brydges — have stopped taking sick or dying birds. Brian Salt, the group's founder, said he doesn't want to risk bringing the highly pathogenic virus into his operation or the operations his neighbours.

"We're like a lit fuse in a powder keg," he said of his wildlife centre's proximity to dozens of southwestern Ontario poultry farms in the Strathroy-Caradoc area. 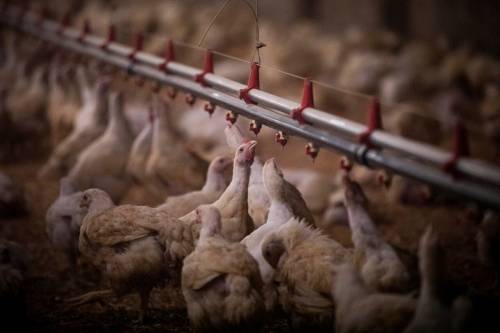 The HPAI strain has had devastating effects on the poultry industry on both sides of the Atlantic. In North America, it has killed an estimated 36 million birds, while in Europe, 12 million birds have died in France alone. (Ben Nelms/CBC)

"This virus is devastating to the poultry industry. We could be a major threat to the businesses here and we don't want to do that."

Salt said while his facility has stopped taking wild birds for the year, it still has a number of resident raptors that act as educational aids in public speaking engagements. He said staff must now wear full PPE, including masks and gloves while handling the birds of prey in order to avoid getting them sick.

"We just can't afford to lose them," he said of the trained birds, some of which he's had for more than 15 years.

Salt said his centre normally takes 75 birds a year, but has had to turn down all requests for help this year to mitigate risks.

"It's devastating to a lot of people because they might have a nest of babies that need medical attention and we just have to say no. It's painful on both sides of the phone."

We could be a major threat to the businesses here and we don't want to do that.- Brian Salt, Salthaven Wildlife Rehabilitation Centre

It's only expected to get more painful, according to bird experts, who predict the first wave of illness will likely hit its peak with the high point of the spring migration later this month. After that, the virus is expected to keep a low profile until wild birds start migrating south this fall.

The threat to humans is low, according to the Ontario Ministry of Natural Resources and Forestry, but people are advised not to handle sick or dying wildlife.

Hunters are being advised to wear disposable gloves and follow proper handling guidelines while dealing with game birds or other wildlife.

In terms of how long this avian influenza epidemic will last, experts aren't sure. But given the fact the same strain hit Europe a year ago, and seems to be still affecting commercial and wild birds, the virus may stay with us for awhile.