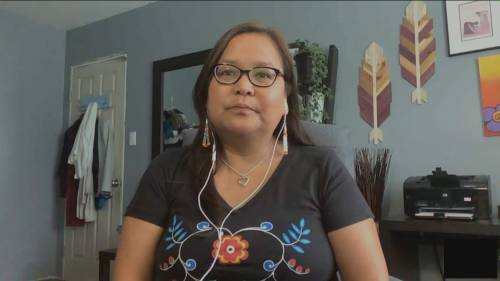 Northwestern Ontario wildfire evacuees, some far from home, get community and volunteer supports

Nearly 3,000 people from across northwestern Ontario have been displaced from their homes in the last two weeks due to raging wildfires.

Ongoing fires and scarce resources have left families separated and people sleeping in cots, with the timeline of when it might be safe to return home still up in the air.

But they aren't alone.

The situation has sparked community outreach, such as in Kenora, where one resident, Tania Cameron, began organizing volunteer services for evacuees.

"If you're a family or an elder that had to leave right away, there is obviously going to be some items that … people may have forgotten to pack. And so I just wanted to make sure that they had everything that they need," said Cameron, a member of Niisaachewan First Nation.

4 days ago4:46Tania Cameron spoke with CBC News about how she's been helping evacuees in the Kenora, Ont., area as forest fires continue to burn in the region. 4:46

Cameron said the sheer number of evacuees and the intensity of the fires made her feel concerned for those directly impacted, and left her wondering if cultural needs were going to be met in host communities.

"They have a very, very different diet …. so I think it's always good to have Indigenous representation when they have emergency operations centres," she said in an interview with CBC Radio. "I'm hoping all our municipalities will consider that as they host evacuees."

Evacuees in the northwestern Ontario city are being supported by the Emergency Operations Centre and its partners, but Cameron volunteered her time to supplement the accommodations already in place.

She began receiving donations from other Kenora area residents that amounted to over $800.

"A friend reached out and said, 'You know, I was an evacuee once, and one of the best things for me was gift cards, because I knew exactly what my little family needed.' So that's what I want to do. I want to buy $850 worth of gift cards.

Cameron said she's also worked with the operations centre and Poplar Hill leaders to make accommodations more comfortable by supplying items like tea, activities for kids and even a bed for one individual.

"I went to go see the Poplar Hill representatives and I just said, 'If there's anything you need, please let me know.' She said, 'You know, well, we have this elder that is in a wheelchair and he hasn't been able to switch over to the little cots that were provided, so he's been in his wheelchair since he arrived on Friday.' That was surprising to me."

Residents of Poplar Hill First Nation began to flee their homes on July 12, marking almost two weeks since 647 people have been able to go home.

About 77 of those evacuees landed in Kenora, over 400 kilometres away from the First Nation. Other members of the First Nation —along with people from Cat Lake, North Spirit Lake, Deer Lake,and Pikangikum First Nations — have been scattered across the province. 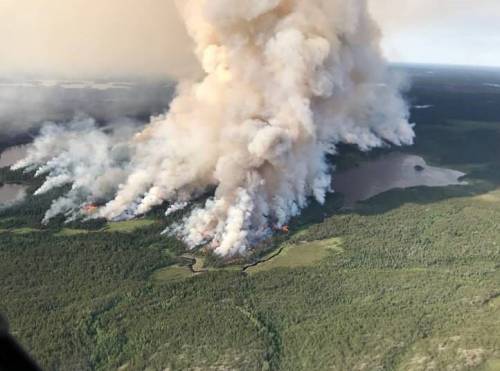 Wildfires like the one pictured, called Kenora 51, are burning in Ontario's northwest and forcing evacuations due to air quality and fire concerns. (MNRF)

As of Thursday, the City of Kenora said it was not expecting many more evacuees, but some have switched locations in the last week.

"Communities have been transferring people back and forth to different municipalities, just trying to keep family units together and things like that," said Kenora fire Chief Kent Readman. "So there have been conversations and we're working on a few things to bring some family members over to Kenora to to reunite them, but we do have a little more capacity."

Other communities and organizations in the northwest have also stepped up to welcome evacuees if needed. Lac Shoal Lake 40, Wauzhushk Onigum and Kenora Chiefs Advisory said Monday they would work together to help with evacuation efforts.

Previous : Boris Johnson’s poll lead over Labour collapses – and just 25% think he’s a “good” PM
Next : Bell Island’s got an explosive problem — and these military divers are back to defuse it