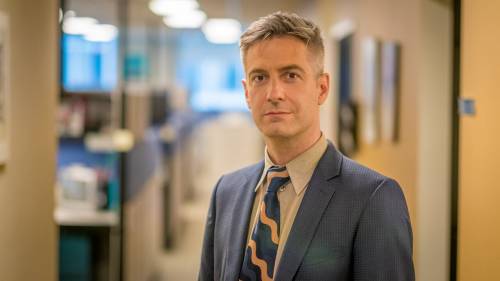 Canadian jurors suffering psychological trauma arising from fulfilling their civic duty could finally be allowed to bypass a restrictive secrecy rule preventing them from accessing mental health supports, thanks to a new bill introduced this week.

Bill S-206, introduced by Sen. Pierre-Hugues Boisvenu with the support of Sen. Lucie Moncion, would amend Section 648 of the Criminal Code to remove the legal barriers currently preventing jurors from speaking about their jury work in a criminal trial to a mental health professional.

It's not the first time such a bill has been introduced — similar legislation introduced by MP Michael Cooper in 2018 after the House of Commons' first-ever study on juror metal health received unanimous support, but there wasn't enough time to pass it before the 2019 election.

A subsequent attempt couldn't make it off the ground because of the limited number of bills the Senate could take up during the height of the COVID-19 pandemic, Cooper said.

Bill will secure secrecy but carve path to help

During the House of Commons study, Cooper said, the committee heard about the horrific evidence jurors endured, the mental health challenges they suffered as a result, as well as difficulties that jury service caused in their relationships.

"How can one get better when one is unable to talk about the core of their injury?"

Modelled after legislation in the Australian state of Victoria, the bill would carve out a narrow exception to the jury secrecy rule so that a former juror suffering from mental health issues after their jury service can freely discuss the case with a mental health professional under the bounds of a patient-client relationship.

That, said Cooper, will ensure the integrity of the jury secrecy rule including the finality of a verdict, the sanctity of the deliberation process and the privacy of other jurors, while ensuring a juror suffering can get the help they need.

'A civic duty, but not a duty to suffer'

Also present at Thursday's announcement was Mark Farrant, founder and CEO of the Canadian Juries Commission, a national not-for-profit organization representing Canadians on jury duty and in coroner's inquests.

Farrant was the jury foreman in a graphic 1st-degree murder trial in 2014 that left him with post-traumatic stress disorder, anxiety and depression.

"Jury duty is a civic duty, but not a duty to suffer psychologically," Farrant said.

Oftentimes, said Farrant, jurors have been refused service and counselling because of concerns by mental health professionals about the legal repercussions stemming from jury secrecy rules in the Criminal Code, he said.

In addition to removing barriers for jurors seeking help, Bill S-206 will also remove any ambiguity around a therapist's ability to provide support to a juror.

The hope now is that the effort, which has previously seen no opposition, will finally become a reality now that parliamentarians are sitting once again.

The bill is expected to go to second reading next week, with the goal of being passed by June of 2022.

Previous : Tories refuse to rule out pushing Channel boats back to France despite 27 deaths
Next : Yet another Wiarton Willie is dead. Here’s a look at the strange history behind the beloved groundhog