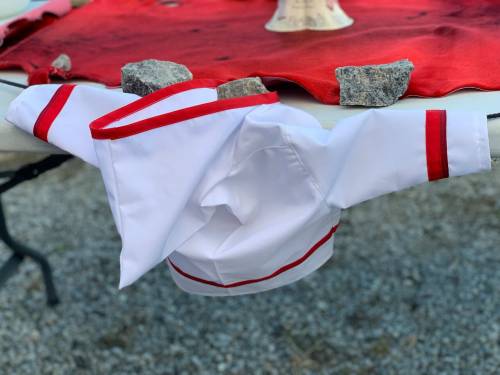 N.L.’s Indigenous kids are still being taken away. But the foster-care system is slowly changing

"Wolf" was just about to finish his coffee when his front door burst open.

A social worker, flanked by a police officer, barged in, announcing that Wolf's children were now in government custody. Wolf protested, but his pleas fell on deaf ears.

Today, about six years later, Wolf recalled that horrific memory — his three daughters and granddaughter whisked away in the night, and the subsequent four years fighting to bring them home to Nain — on hearing the news of the remains of children discovered at the site of the Kamloops Indian Residential School.

"Nothing has changed," he said, reached by phone at his family home in the north Labrador community. Families that need help caring for children on Labrador's Inuit lands have lost them, repeatedly, to foster homes scattered across the province, he said. "We're still being put down."

Of the 970 children in the foster system in Newfoundland and Labrador, 340 are Indigenous. Many of those have been plucked from their home communities and placed away from their extended families, alienated without friends in a foreign place, for months or years at a time.

"Wolf" is a pseudonym because CBC News can't identify him under provincial legislation that protects children in care. But in an interview, he spoke openly about wanting his story known, hoping that dragging the issue out from behind closed doors will spark change for other parents in pain.

Wolf originally asked to have his daughters placed with a family friend in nearby Makkovik. He told CBC News his social worker refused, claiming the family didn't want them.

Wolf's daughter, who recently turned 13, spoke of wanting to kill herself after she was forcibly fostered in Gambo, nearly 1,000 kilometres away, he said. He and his wife found her suicide notes.

The province's child and youth advocate, Jackie Lake Kavanagh, placed the foster-care system under a microscope in a 2019 report. Last week, she offered a status update on the 33 recommendations made to the provincial government to improve child welfare in Labrador.

None of those have been completed.

"This really is a reflection of the whole discussion that's happening now around colonialism and the impact on Indigenous communities, the removal of children," Lake Kavanagh said.

Lake Kavanagh says the province has made gains on 30 of those 33 recommendations, which include more access to housing and a transition of responsibility for foster care to Inuit leaders. But she's disheartened by the statistics: two years ago, the province had nearly the same number of Indigenous kids in foster placements.

Nain residents gathered last week to share their thoughts on the parallels between the child welfare system and the legacy of residential schools. (Submitted by Michelle Kinney)

Much of the problem is systemic, she says. The price of housing and food in Labrador might prevent potential foster families in the region from opening their doors to young people temporarily, while others struggle with poverty and mental illness. It's an issue of resources, she says, not willpower — inadequate housing and grocery bills, as well as generational trauma from residential schools, all contribute to domestic strife, and keep the available number of foster parents in the region low.

She says it's paramount that government complete her recommendations, which she's confident will bring those hundreds of children back home.

"We have a whole new generation now that are in care, and many of those children have been removed [from their communities]," she said.

"We're probably going to see the results of that for generations to come."

'Hate is a strong word'

The Department of Children, Seniors and Social Development, which oversees child welfare in the province, says it's taking the recommendations to heart, but wouldn't provide an update on the status of Lake Kavanagh's checklist.

Keeping all Inuit children within Inuit lands would be the "ideal," said Minister John Abbott, stressing that the department is eyeing a shift toward preventive care, which aims to place resources and social workers in the community and avoid breaking families apart. It's not clear, however, how much his department plans to invest in those changes.

Michelle Kinney, deputy minister of health and social development for Nunatsiavut, the Inuit government for the north coast of Labrador, says her government has taken the lead on keeping Inuit children within the jurisdiction, encouraging more kinship agreements that place children with extended family. Foster homes in Nunatsiavut are increasing, she says, and more children are coming home. 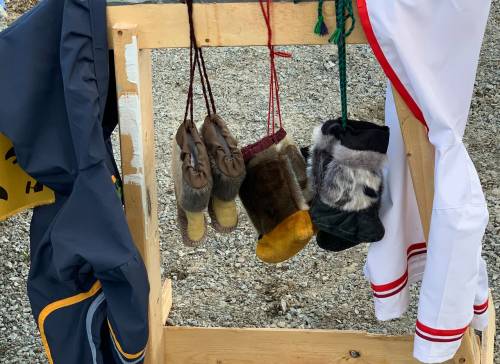 While Kinney says she's encountered growing pains from the provincial government, the department is slowly acclimating to Inuit self-determination, she said.

For the people of Nain, that's essential to repairing the wounds left by Newfoundland and Labrador's residential schools. In a community vigil last week, residents talked about the parallels between foster care and the history of Indigenous boarding schools in the province, noting that social workers often don't take the time to forge meaningful connections with the families they manage and shy away from deep conversations — what one attendee described as "the true Inuit way" of problem-solving.

Abbott wouldn't go as far as to confirm that his department recognizes the connection between the legacy of residential schools and the current state of child welfare in Labrador.

"We wouldn't want to necessarily draw those parallels," Abbott said, "but I can certainly understand why that experience … would trigger those feelings."

Wolf's daughters, now settled back home, no longer speak of suicide, and they're slowly talking about those four years in Gambo. Wolf himself is doing the same. He no longer drinks, he says, and he's also learning not to hate the people who took away his daughters.

"I dislike their behaviour," he said. "Hate is a strong word."

Support is available for anyone affected by the lingering effects of residential schools, and those who are triggered by the latest reports.