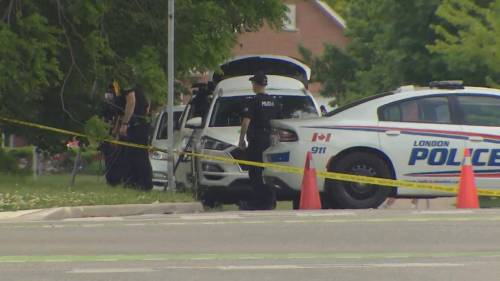 A 20-year-old man was charged Monday with four counts of murder and one count of attempted murder in a hit and run Sunday involving a pickup truck, in what London, Ont., police believe was a targeted attack on a Muslim family of five.

"There is evidence that this was a planned, premeditated act and that the family was targeted because of their Muslim faith," said Waight.

"This is a devastating loss of four members of our community," added police Chief Steve Williams at an afternoon news conference.

The names of the victims aren't being released at this time, at the request of family members.

The family members who died are:

A nine-year-old boy remained in hospital with serious injuries.

Police say that at 8:40 p.m. ET, the family was walking along Hyde Park Road and were waiting to cross the intersection, in northwest London, when the truck mounted the curb and struck them.

Police received several 911 calls, and emergency crews quickly attended to the scene in an attempt to save the lives of the victims.

Post-mortems are scheduled for Tuesday at the Centre of Forensic Sciences in Toronto.

Reaction to the tragedy has been pouring in from community and interest groups, and politicians.

London Mayor Ed Holder offered his condolences to the family and the city's Muslim community.

Victims in London, Ont., collision believed to be targeted

6 hours ago0:54Chief Steve Williams of the London Police Service said the deadly crash that killed four and left a young boy in hospital with serious injuries was determined to be intentional, and that the victims were targeted based on their Islamic faith. 0:54

"This was an act of mass murder, perpetrated against Muslims — against Londoners — and rooted in unspeakable hatred," he said. "This act of unspeakable hatred, this act of Islamophobia, must be followed by acts of compassion, acts of kindness, acts of empathy, acts of solidarity — justice — and, above all else, love."

Nawaz Tahir is a London lawyer who's a representative of the Muslim community.

"These were innocent human beings who were killed simply because they were Muslim," he said.

Waight told the news conference it wasn't certain if the accused was affiliated with any specific hate group.

The 20-year-old doesn't have a previous criminal record.

WATCH | Imam Munir El-Kassem on the need to address hatred: 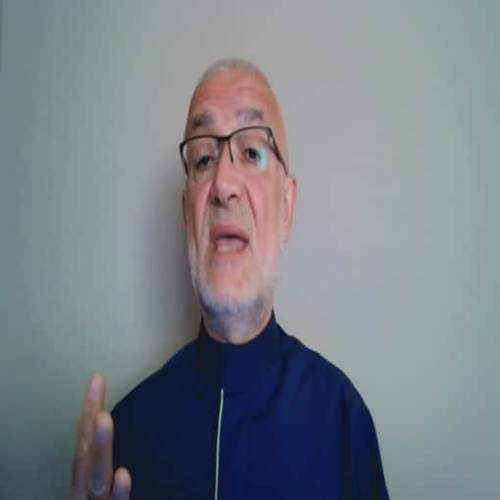 'Wave of hatred' must stop, imam says, after attack on Muslim family

4 hours ago10:02Munir El-Kassem, imam of the Islamic Centre of Southwestern Ontario, told CBC News Network that hatred must be addressed after four members of the same family were killed in a hit and run, purportedly because of their Islamic faith. 10:02

Veltman was arrested a short distance away from the scene of the crash, at Oxford Street West and Cherryhill Boulevard, near Cherryhill Mall. He was wearing a vest that appeared to be similar to body armour, Waight said.

Police didn't reveal what, if anything, Veltman said to officers when he was arrested, or why they believed he had targeted the family for their faith.

But Holder said he wants those in the Muslim community to feel safe in London.

"The love we hold for our Muslim brothers and sisters in London is unwavering and unconditional. All Londoners benefit from your kindness, and your goodwill," he said. "We are not merely a city. We are a community. We are family. And as such, we wrap our arms around you. Together we will grieve, and together our hearts will mend."

Paige Martin, a nearby resident who was driving at around 8:30 p.m. that night to get gas, was stopped at a red light facing southbound when she saw "a flash of black" speed by, shaking her vehicle as it passed. 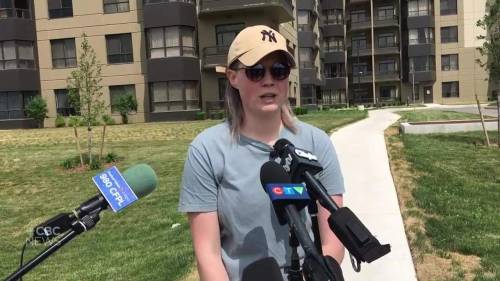 9 hours ago1:35London, Ont., resident Paige Martin speaks to media about the chaos that ensued after the fatal hit and run on Hyde Park Road on June 6, 2021. 1:35

She proceeded to the gas station. On her way back home, looking in her rearview mirror, she saw cars backed up on Sarnia Road and emergency vehicles arriving.

"It was just chaos, and there were people everywhere running, and citizens just trying to direct emergency vehicles where to go. There was pointing and screaming, and arms waving. It was just absolutely like something that you never want to see," said Martin.

Kristin, another nearby resident who did not want her last name published for privacy reasons, was at home making dinner with her fiancé when the couple heard the crash. They ran out of the house to investigate, but she didn't realize how severe the situation was until they saw cars begin to pull over.

Grief, calls for action from Muslim community after deadly hit and run

Hyde Park Road was closed between Sarnia and Gainsborough roads as police investigated.

Support is available for anyone affected by this incident, including: