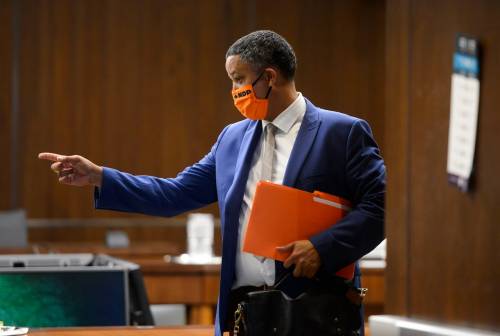 An attempt by members of Parliament to find out more about the RCMP's use of controversial facial recognition software hit a wall Monday as one MP accused police officials of being "intentionally evasive."

The standing committee on access to information, privacy and ethics met this morning to continue its study of the use of the emerging technology in Canada.

Their efforts come a year after federal Privacy Commissioner Daniel Therrien stated that the RCMP's use of facial recognition software created by the U.S.-based Clearview AI amounted to a serious violation of Canada's privacy laws.

That software allows users to match photos against a database of more than three billion images.

In a heated line of questioning Monday, NDP MP Matthew Green pressed Gordon Sage, director general of sensitive and specialized investigative services for the RCMP, to state who licensed the software for the RCMP's use back in 2018 and who oversaw the process.

"Can you please name your predecessor?" he asked.

After a back-and-forth exchange, Sage eventually said that the official in question has since retired and he didn't think he had the right to name them.

"It is my perspective that you afforded your predecessor more consideration in their rights to be named in a situation, that is really public information in the public forum, than the billions of people who have had their images compiled and analyzed by this A.I. technology," said Green.

"What we have, what I have — I'll speak for myself —  is a significant trust issue."

Later, Conservative MP James Bezan described the replies MPs on the committee received from the three RCMP officials called as witnesses as "intentionally evasive" — and reminded them they could be found in contempt of Parliament if they don't cooperate.

"Some of the answers that we were receiving today have been very much limited and I would suggest that witnesses should exercise their responsibilities to this committee, that those of us around the table have parliamentary privilege and do expect fulsome answers," he said.

"And one-word answers and being dodgy is not fulfilling our work as committee members." 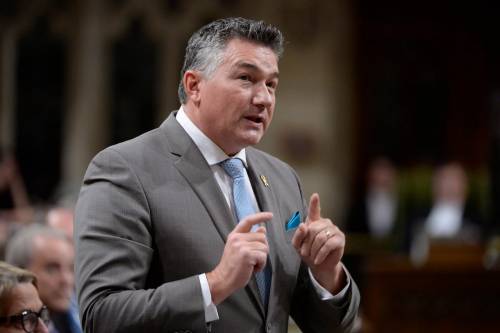 Conservative MP James Bezan asks a question during question period in the House of Commons on Parliament Hill in Ottawa on, October 27, 2016. (Adrian Wyld/Canadian Press)

The RCMP at first denied using Clearview AI's software in 2020. It later confirmed it had been using the software after news broke that the company's client list had been hacked.

That same year, a New York Times investigation revealed the software had extracted more than three billion photos from public websites like Facebook and Instagram. It then turned them into a database used by more than 600 law enforcement agencies in the U.S., Canada and elsewhere.

The company ceased offering its facial recognition services in Canada following the launch of the federal privacy commissioner's investigation. The RCMP said it has stopped using the software.

Sage said Monday the force used Clearview AI in three official cases: twice within the child exploitation unit and once to track a fugitive who was abroad.

"In fact, and by testing this technology, we realized it wasn't always effective."

Following a backlash over its use of Clearview AI's tech, the RCMP announced plans to be more transparent about how it approves and uses new technology and investigative tools involving the collection and use of personal information.

The RCMP is promising to release that new policy by the end of June.

"[The RCMP] has not, in my view, demonstrated the ability to have the kind of candour and frankness with civilian oversight bodies, such as the House of Commons, to provide basic information for Canadians who are concerned about their civil liberties," said Green during his questioning.

Last week, Therrien and his provincial counterparts issued a statement calling on legislators to create rules that spell out explicitly when police can use facial recognition tech.

"No-go zones should include a prohibition on any use of facial recognition that can result in mass surveillance," they wrote.

"Legislation should require police use of facial recognition to be both necessary and proportionate for any given deployment of the technology."