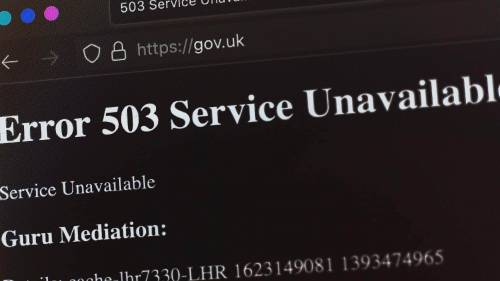 Thousands of websites and digital services around the world were unavailable on Thursday after cloud computing company Akamai said it has been experiencing a "service incident."

Akamai, a Massachusetts-based company whose services work behind the scenes to keep large portions of the internet functioning, said on its website that it is "aware of an emerging issue with the Edge DNS service."

DNS stands for Domain Names System, which broadly speaking is how Internet Protocol or IP addresses read by computers, get translated into words that can be read by humans.

"We are aware of an emerging issue with the Edge DNS service," Akamai said on its website.

"We are actively investigating the issue," Akamai said, adding that the disruption was not caused by a cyberattack.

What happened at Rogers? Day-long outage is over, but questions remain

A little after 1 p.m. ET, the company said on Twitter that it thinks it has fixed the problem. "We have implemented a fix for this issue, and based on current observations, the service is resuming normal operations. We will continue to monitor to ensure that the impact has been fully mitigated."

But reports suggest tens of thousands of company websites and apps continue to be disrupted, including airlines, banks, technology companies and retailers.

Pingdom, a service which monitors global internet traffic, reported that more than 34,000 sites were down for various reasons at one point. As of 1 p.m. ET, more than 18,000 were still offline, including almost 200 in Canada.

Barely a month ago, a similar DNS issue at web services company Fastly also wiped out thousands of websites and cost $2 billion in economic losses.

WATCH | How Fastly broke the internet:

1 month ago1:59A glitch at a cloud-based tech company called Fastly took down Amazon, Reddit and other parts of the internet, costing companies an estimated $2 billion. But experts say the outage could have created an even bigger disaster. 1:59

The website Downdetector, which monitors online reports of outages, reported a spike in complaints on Thursday about dozens of companies in Canada.

"Reports indicate there may be a widespread outage at Akamai, which may be impacting your service," the site read.