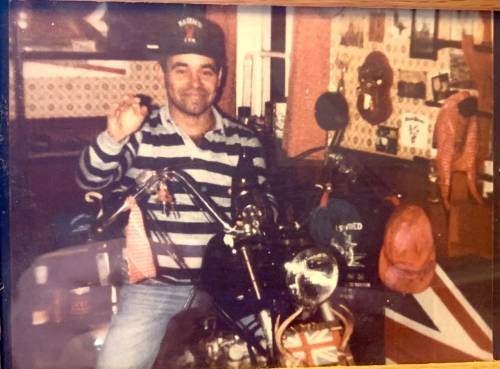 Joe MacKay will never forget the explosion at the Westray mine 30 years ago today.

The underground explosion in Plymouth, N.S., killed 26 miners. One of them was MacKay's brother, Mike.

"He loved his bikes, including a chopper he just thought the world of," said MacKay. "He loved his family. His kids meant everything to him."

Mike MacKay was 38. He was the father of two young children.

Like the other men who worked at the mine, he had only been working there for nine months after it opened in September 1991.

Mike MacKay, pictured on his motorbike, was one of 26 men who died in the Westray mine disaster. (Submitted by Joe MacKay)

A methane gas leak in the mine shaft mixed with coal dust to cause the explosion.

The bodies of 11 miners were never found. Among those entombed was MacKay.

"The only reprieve I had is that my other brother was supposed to go in to work at the mine that night and he changed his mind and cancelled his shift," said Joe MacKay. "If it wasn't for that, he would have been down there, too."

There will be an outreach program for high school students conducted during the day focusing on the impact the Westray disaster had on workplace safety regulations in Nova Scotia. 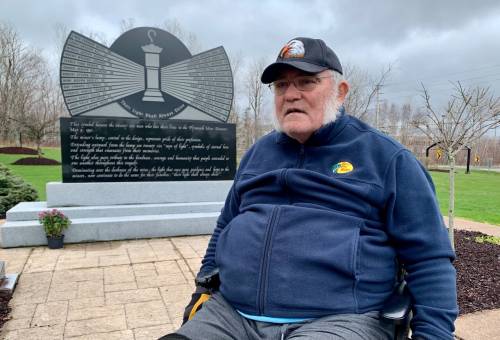 Joe MacKay is pictured in front of the monument. (Paul Palmeter/CBC)

Many high school students from Pictou County will take part in person at the Museum of Industry in Stellarton. Other students in the province will be able to join a live stream.

"We are going to have about 40 high school kids come in and they'll hear from different speakers about the history of the mine and what their rights are when it comes to occupational health and safety," said Danny Cavanagh, the president of the Nova Scotia Federation of Labour.

Prior to the explosion, several safety concerns had been raised by employees, union officials and government inspectors. The incident resulted in changes to legislation regarding how to establish the criminal liability of corporations for workplace deaths and injuries.

Commonly referred to as the Westray Law, Bill C-45 came into force in 2004.

"Sadly, in the first 10 years of that bill being law, there wasn't one charge of criminal negligence laid," said Cavanagh. "The bill I don't think is doing what it is intended and we still have some work to do around it." 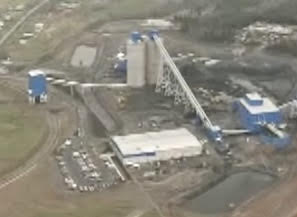 A methane gas leak in the mine shaft mixed with coal dust and caused the explosion at the Westray mine in May, 1992. (CBC)

A $30-million lawsuit was launched against the province of Nova Scotia by families of the dead miners. But Nova Scotia's Supreme Court threw it out, ruling that the province was protected from lawsuits under the Workers Compensation Act.

The company that operated the mine, Curragh Resources, initially was charged with 52 non-criminal counts of operating an unsafe mine. The company went bankrupt in 1993.

The charges then were dropped after a Nova Scotia judge criticized the way they were laid. The case went back to trial but was dismissed again. The Supreme Court of Canada then ordered a new trial.

Charges of criminal negligence and manslaughter had been laid against mine managers Gerald Phillips and Roger Parry, but those came to nothing when the Crown stayed proceedings, saying there was not enough evidence to ensure a conviction.

Clifford Frame, Curragh's founder and chief executive officer, refused to testify at a public inquiry, as did Marvin Pelley, former president of Westray. The inquiry had no federal powers, which meant subpoenas could not be enforced outside of Nova Scotia, leaving company officials safe in their Toronto headquarters.

In the months following the disaster, Joe MacKay was one of the people who pushed for the development of a memorial site. Trees were planted in the park, one for each of the 26 victims.

The names of the victims appear in rays of light that shine from a miner's lamp on the monument in the centre of the park.

MacKay says May 9 will be a day where he will always come together with his little brother.

"If I'm still alive for the 40th anniversary then I'll be there for that one, too," said MacKay, now 73. "This is something the family believes in doing and it makes us feel a little closer to our people."

Previous : Couple who rescued orphaned two-week-old antelope reunite with her in the wild – World News
Next : Martyn Ford feared Iranian Hulk would take his own life if fight went ahead