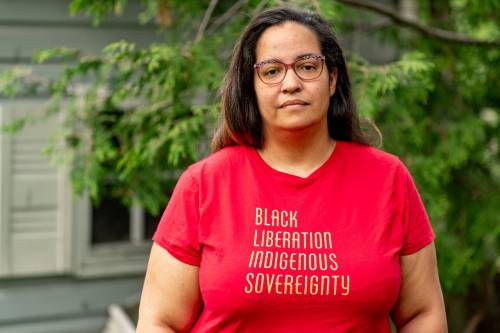 Kids are learning more about residential schools than their parents, but experts say it can’t be a ‘one-off’

Growing up, Joy Henderson didn't learn about Canada's residential school system in school, but through stories shared by her family. She knows the topic has been explored in her sons' classrooms since then, but she considers it only "marginally better" than her own days as a student.

"Often it is glossed over because educators are worried about touching these traumatic topics. And so they're like 'OK, well here's residential schools. They're bad, but we're not going to get into the details,'" said Henderson, a Black-Lakota parent in Scarborough, Toronto's eastern region.

In late May, Tk'emlúps te Secwépemc First Nation announced that preliminary findings from a survey of the grounds at the former Kamloops Indian Residential School in B.C. indicates the remains of an estimated 215 children at the site.

The harrowing discovery has caused emotional distress in Indigenous communities and renewed trauma for survivors. The shock and surprise expressed by many Canadians has also reignited conversations about the knowledge gap some people still have about residential schools and the country's relationship with Indigenous peoples.

Too often, learning about residential schools is 'glossed over because educators are worried about touching these traumatic topics,' says Joy Henderson, a Black-Lakota parent in Scarborough, Toronto's eastern region. (Craig Chivers/CBC)

Between 1831 and 1997, more than 150,000 First Nations, Métis and Inuit children were forced to attend residential schools, established and run by churches and Canadian governments to assimilate them to Eurocentric culture. Based on death records, more than 4,100 children died at residential schools. The National Centre for Truth and Reconciliation, however, says the true total is likely higher.

In 2015, the commission issued 94 calls to action as part of its final report documenting the history and legacy of Canada's residential school system. Four measures specifically focused on the education sector. The TRC called on governments to collaborate with survivors, Indigenous groups and educators to develop mandatory, age-appropriate curriculum for K-12 students about residential schools, treaties and Indigenous contributions to Canada (past and present), and to fund teacher training.

These days, students might mark Sept. 30 as Orange Shirt Day or note that June is Indigenous History Month. But some experts and parents say much more work remains to embed more accurate learning about Indigenous history and culture into the school curriculum.

"You have to confront the history of your country and the systems from which you benefit within them — so teachers also have to do that work inside themselves," said Henderson, who is a child and youth care practitioner.

There can be various factors to blame for the knowledge gap many Canadians have about residential schools and Indigenous people's relationship with Canada, says educator Rachel Mishenene, originally from Mishkeegogamang First Nation and a member of Eabametoong First Nation, which are both in northwestern Ontario.

The fact many generations of Canadians learned little to nothing in school about Indigenous people, their history or culture — or only learned aspects from a colonial perspective — is one major factor. However, another is the willingness to continue to learn and challenge oneself today, she said.

WATCH | Indigenous educator asks citizens to consider: 'What does it mean to be Canadian?' 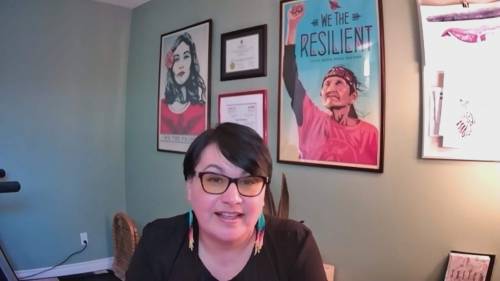 Considering what 'proud to be Canadian' means

1 hour ago1:23Canadians must learn more about the relationship between Indigenous peoples and Canada to explore "what does it actually look like to be Canadian," says Indigneous educator Rachel Mishenene. 1:23

Like Henderson, Mishenene didn't learn about residential schools in an elementary or secondary classroom. Any lesson  at school that briefly touched on Indigenous people was miniscule and "written from a non-Indigenous colonial perspective," she recalled from her home in Thunder Bay, Ont.

After studies in Aboriginal law and education, Mishenene pursued teaching and, over the years, brought Indigenous history, culture and perspective into the curriculum she taught her students. She also developed training for fellow educators. In 2018, she was recognized with the Indigenous educator honour at the Indspire Awards, an annual celebration of Indigenous excellence.

Over the last decade there has been change, she says, with Canadian school boards and ministries of education including more Indigenous content in textbooks and classroom resources, along with professional development for instructors. She emphasized, however, that this shift in learning must continue.

"I really hope that the government at some point can really prioritize truth and reconciliation as part of a curriculum and learning not just for students, but for teachers as well," said Mishenene, who now serves as executive director of Indigenous programs for the international non-profit organization Right to Play.

"It cannot be a one-off. Indigenous education is not tokenism, and this is something where the governments and the education sector really need to prioritize: to providing supports and learning opportunities for teachers."

WATCH | How to talk to children about residential schools: 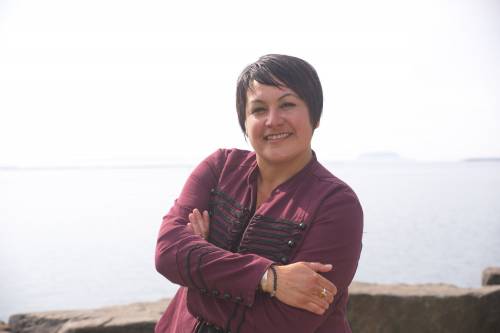 Talking to kids is important because 'children know what's right'

1 hour ago1:46Indigenous educator Rachel Misehene on why it's vital to have conversations with students about current events, including the discovery in Kamloops B.C., and ways we can move forward. 1:46

Hope for the future

Gail Higginbottom and Danica Weager also grew up with scant Indigenous representation in their studies when they were students in British Columbia's Kootenay Lake School District. Now, as educators in that same district, they're part of a team infusing the education system with Indigenous perspectives.

Their work ranges from supporting individual students to bringing elders and traditional knowledge-keepers into classrooms, organizing district-wide events like powwows to incorporating lessons about tipi circle structure into Grade 10 or Grade 11 math.

"It's not an option for our system to not include Indigenous ways of knowing now. Times have changed so much," said Higginbottom, district principal of Aboriginal education. "When I was in school, which was a few decades ago, there was next to none in terms of learning about who I was as a person."

She echoed the words of retired senator Murray Sinclair, chair of the Truth and Reconciliation Commission, that education is an avenue to healing. "I believe in the power of education," said Higginbottom, who comes from Secwépemc territory on her father's side and has Scottish and Irish ancestry on her mother's side.

WATCH | Why today's students bring hope to these Indigenous educators 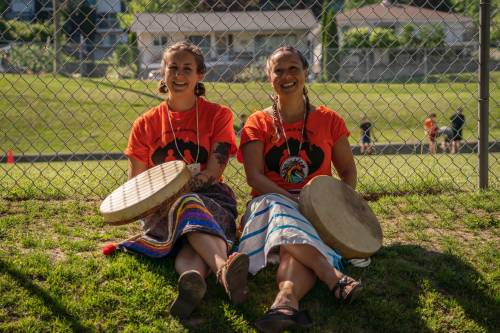 'That is the change:' students give hope to educators

1 hour ago2:04B.C. educators Gail Higginbottom and Danica Weager share how what today's generation of students are learning about Indigenous history, culture and contributions give them hope for the future. 2:04

Weager, an Indigenization co-ordinator for the district, recalled that when she attended high school in the early 2000s, an Aboriginal education program was in its infancy — but was open only to Indigenous students. She recalled one time in Grade 11 social studies when an in-class discussion morphed into Weager teaching her peers — as well as her instructor — about residential schools "from the little I knew at the time, just from my own research and knowledge from my family."

Looking back the progress in education since the time she and Higginbottom were in school, Weager — who comes from Peguis First Nation on her mother's side and has settler ancestry on her father's — looks at the future with a sense of optimism.

"There's a lot of work that still needs to be done and it's happening."

Support is available for anyone affected by their experience at residential schools and those who are triggered by the latest reports.