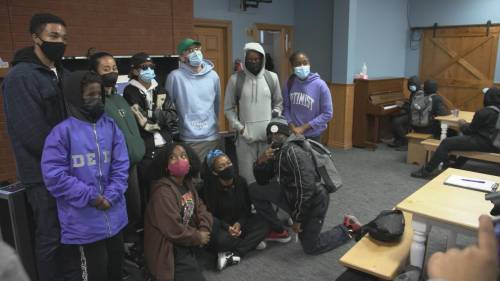 A  sprawling 160-hectare campground in Saint George, Ont., is the site of a unique 12-week pilot program for teens from Toronto's most vulnerable neighbourhoods.

"Being able to come to this program just made me really happy," said 15-year-old Kofi Oben. "The first week I was kind of confused, but as I got more into the program, I know that this program really is just trying to get us ready for the future."

The Justice Fund Pilot Program launched in the fall this year. It's organized by a team that includes the Tim Hortons Foundation and Noah "40" Shebib — the  global music powerhouse and producer of many of superstar Drake's hits.

"The opportunities that you get or the experiences you have in a place like this are so unique and important and healing and shaping for youth,  that you can achieve things that you didn't think were possible,'' explained Shebib.

Attending the camp are 38 boys and girls between the ages of 13 and 18. Every Saturday for three months, the youths get a crash course in a wide range of new skills — from archery and music production, to astronomy and rock climbing.

The mission plan is to give them access to opportunities and experiences through structured camp-based learnings, all aimed at helping them drive change in their personal lives as well as in their communities.

A group of teens from Toronto at one of The Justice Fund program's weekly sessions. (Ghazala Malik/CBC)

"This is a very grassroot partnership, unlike a top-down approach that usually happens when these types of initiatives are brought to our communities," said Yonis Hassan, co-founder and CEO of Justice Fund Toronto.

What makes this pilot program unique, explains Hassan, is that it was members of those communities dictating what kind of programming was needed and helping to design the curriculum, rather than an outside group that has never known poverty or danger.

"Right now, people need to take a little bit of a step back and recognize that, you know, this increment, this virtue-signalling is not really cutting it out for anybody."

Yonis Hassan, co-founder and CEO of Justice Fund Toronto, says what makes the program unique is that it was members of the communities where the participants live who decided what kind of curriculum was needed. (Ghazala Malik/CBC)

The program's organizers worked with 10 community partners who selected each participant based on their academic, athletic and leadership potential.

"It's a lot of fresh air and a lot of open space," Oben said.

The camp is at Onondaga Farms, a site owned and operated by the Tim Hortons Foundation. With lakes, wetlands, a working barn, an eco-centre, as well as a fully functional telescope, it is a welcome escape from the urban pressure-cooker.

WATCH | Yonis Hassan of the Justice Fund shares why some racialized youth from Toronto are not able to access the Canadian outdoors: 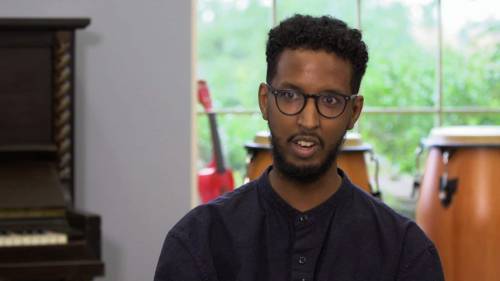 29 days agoDuration 1:03Yonis Hassan of the Justice Fund shares why some racialized youth in the Toronto area are not able to access and enjoy the Canadian outdoors. 'This country is a G7 nation, we are the 10th largest economy in the world, why is it hard for kids to have outdoor experiences?' 1:03

Duncan Fulton, a senior executive at Tim Hortons, says collaborating with the Justice Fund on this program was an easy decision.

"We have all this empty space and all this availability during the school year that can be filled," he said. "A lot of youth have never even left the downtown city core."

He adds that the organizers are learning from their first group, too.

"What is exciting is this is the pilot program … we fully expect we're going to learn as we go, and be able to improve the program. We're really pleasantly surprised so far how well their curriculum is going and how well the kids are kind of taking it on." 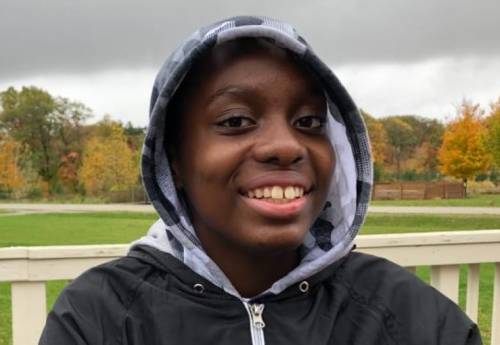 Kofi Oben, 15, lives in Toronto's Moss Park neighbourhood. He says one of the things the Justice Fund Pilot Program is teaching him is how to be self-confident and self-reliant. (Ghazala Malik/CBC)

Along with providing access to outdoor spaces, the program focuses on activities that will boost self-confidence and a sense of community among the youths at the camp.

"I grew up downtown Toronto, so I was aware of the issues surrounding inner city communities," Shebib said. "I've been in pretty close proximity to violence in the city of Toronto that's affected me gravely."

Noah '40' Shebib, one of the Justice Fund Pilot Program's organizers, grew up in Toronto and wanted to help people who are often not included in youth development programs. (Ghazala Malik/CBC)

He hopes that this camp program can reach and make a difference for Toronto youths whom he believes are overlooked by the system.

"There is a huge cohort of youth in this city that, in my opinion, are neglected because of the fact that they have been criminalized on some level or they're involved with the law," Shebib said.

"Philanthropy usually doesn't want to give money to those youth."

WATCH | Noah '40' Shebib, co-founder of the 40 Foundation, on helping to support young people: 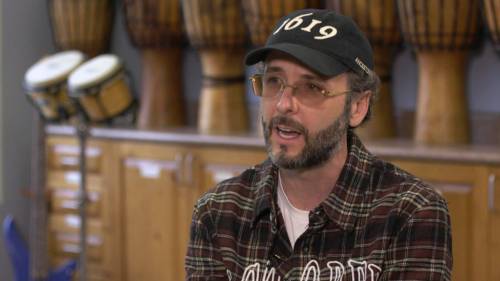 Noah '40' Shebib, co-founder of the 40 Foundation, on helping young people he feels are overlooked by the system

29 days agoDuration 0:40Noah '40' Shebib, co-founder of the 40 Foundation and the producer of many of superstar Drake's hits, believes it is important to help a segment of the youth population that he feels is overlooked by the system when it comes to setting them up for success. 0:40

Someone who knows all too well what it's like for young people in certain vulnerable Toronto neighbourhoods is 21-year-old Marley Lawrence.

"My life growing up was a little rough," said Lawrence, who is from the low-income, highly diverse and densely populated St. Jamestown community.

"What I was doing was selling drugs. [I was] around guns and weapons and stuff like that, because that's what all the important people in my life who care for me, that's what they were doing," Lawrence said.

"And even though I know they weren't bad people, you still become a product of your environment where you don't know nothing else."

Marley Lawrence grew up in the St. Jamestown community, one of Toronto's most vulnerable neighbourhoods. 'My life growing up was a little rough,' he said. (Ghazala Malik/CBC)

Lawrence credits music for saving him from a life of crime.  He's now a youth mentor and community activist.

He's attending the camp as a participant, as well as a role model for the younger kids there.

"I'm just trying to pay it forward, because you can explain something to someone, but showing them, they might get it a lot more," Lawrence said. "Maybe they can look at me and I can be a positive example." 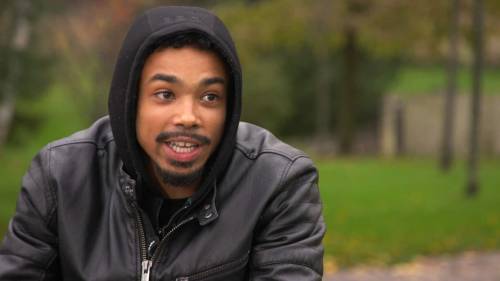 29 days agoDuration 0:25Music plays a key role in Marley Zion Lawrence's life, and as a community youth mentor he uses rap as a form of self-expression as well as a way to help guide other young people in his community. Here he shares an impromptu rap session. 0:25

For Kofi Oben and Fantasia Bryan-Hall, both 15 years old and friends who live in the same Moss Park neighbourhood, being at the camp has meant a new lens through which to view themselves and their community.

"Last week there was a workshop, getting to know my core values — like family, like  health, physical and mental health. And staying independent, trying to rely on yourself, do your own thing. Like, put in the work on your own," Oben said.

"First week, it was surprising because we just came and I'm like, 'Where are we?,'" Bryan-Hall added.

"And then they told us stuff that we're going to be doing and the people, the special guests that are going to be coming. And I just got excited because they give us opportunities, and talk about the future, and what it's like to be at camp, and survival skills and all that."

WATCH | Fantasia Bryan-Hall and Kofi Oben discuss some of the challenges they face as young people living in a high-risk neighbourhood: 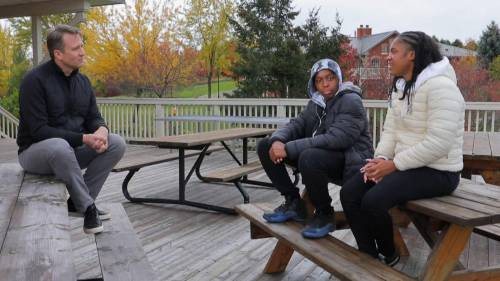 29 days agoDuration 1:01Kofi Oben and Fantasia Bryan-Hall, both 15 and attending the Justice Fund Pilot Program, discuss some of the challenges they face as young people living in a high-risk Toronto neighbourhood. 1:01

Bryan-Hall wants to take what she learns at the program back to her community.

Hassan from the Justice Fund says he hopes to see this pilot program implemented across Canada for marginalized youth, particularly those from Black and Indigenous communities.

"You're equipping them with the confidence that they need to go and have outstanding careers," he said.

"Hopefully the next Drake is in this group, right?" 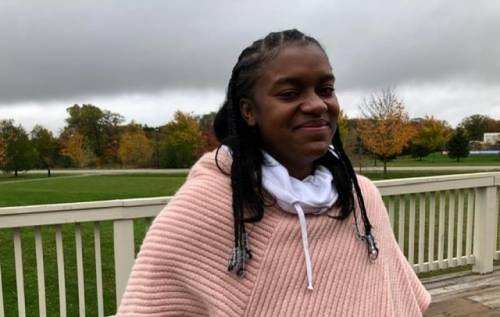 Fantasia Bryan-Hall, a 15-year-old from Toronto's Moss Park area, said she wants use what she learns at the Justice Fund program to help those her community. (Ghazala Malik/CBC)

Shebib adds that the takeaway for the youths in the program at the end of the 12 weeks should be, "Giving the [them] a fork in the road, in a road that has no fork — showing those other pathways. We're trying to give them other options that they might not have right now.

"That, to me, is the metric of success."

Oben and Bryan-Hall said they  hope to finish the program with new friendships, experiences and memories, but most of all, with a reset of what's possible.

Watch full episodes of The National on CBC Gem, the CBC's streaming service.