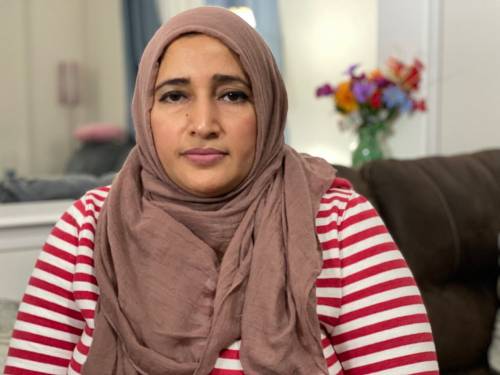 Five years ago when Tehmeema Safdar's husband was offered a position as a medical researcher in Toronto, she dreamed of putting down roots for her children in the city.

"We were kind of nervous and a little bit excited," said the 43-year-old mother of three.

"A lot of people were telling us: go to Toronto… it's a nice place."

But those dreams have slowly faded: since moving from Edmonton they've been renters and the family has had to move three times. They currently rent a home in Oshawa.

Safdar says they continued to accumulate their savings upon arriving in the city, but watched as prices soared. Within a few years they realized owning real estate in the Greater Toronto Area was increasingly out of reach for them. They're now looking at the possibility of leaving altogether.

"Whenever we get money — enough for buying a house — the price jumps again …and then jumps again," said Safdar.

"We're trying to chase our dream."

Tehmeena Safdar and her family moved to Toronto from Edmonton in 2016 because of her husband's work. They've been unable to get into the real estate market and have rented ever since. (Farrah Merali/CBC News)

Safdar's story is not unique, and is becoming the growing reality not just for families moving to Toronto from other cities, but for first-time buyers who've lived their entire lives in the city.  According to the Toronto Regional Real Estate Board the average selling price for all homes combined rose by 19.3 per cent year-over-year to $1,155,345.

And as prices skyrocket, recent data suggests people who own more than one property in Ontario make up more than 25% of buyers in the province.

It's a stark contrast to just 10 years ago when investors made up the smallest percentage of residential real estate transactions. According to the data, they now make up the largest segment, and experts say not only is that driving up prices, it's making it increasingly difficult for those trying to get into the market to compete in bidding wars.

Those experts are sounding the alarm not just on the potential of future economic implications, but also what this trend could mean for the makeup of big cities like Toronto.

The 31-year-old isn't looking for a property for himself, but rather for his mother who is close to retirement and is responsible for taking care of his sister with special needs. He says she had to sell her home because of a divorce a few years ago, and whatever money she received isn't nearly enough for a down payment on another home.

"The way that the market has been going has totally outpaced the amount of savings that they've been able to have," said Murray. 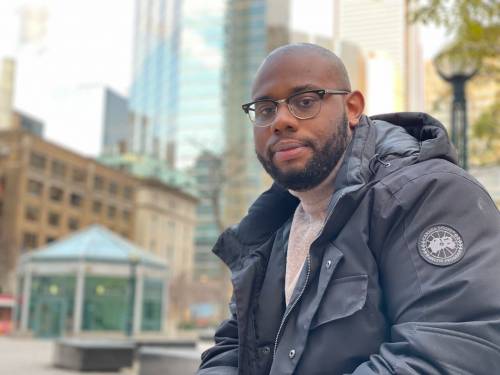 Jermaine L. Murray is trying to get into the market for the first time to buy a home for his mother and sister with special needs. (Farrah Merali/CBC News)

"So it's not even a matter of if she's able to afford a house — she just straight up can't."

Murray — who has lived in Toronto his whole life — works two jobs: one as a technical recruiter and one as a career coach. But even with his dual incomes, he says it's been a struggle.

"I'm trying to plan to get my foot in the market, and it's like every time I try to take a step, I fall back 10 behind," said Murray.

"It's ruthless. It's heartbreaking. I lose sleep."

Murray says a lot of his peers have been forced to work more than one job to make more than six figures every year: but even then, he says, many haven't been able to enter the market.

Part of the frustration — competing with bidders with deeper pockets, many of whom can tap into equity from properties they already own.

Recent data published by Teranet in its quarterly Market Insight Report shows that multi-property owners made up more than 25 per cent of real estate transactions between January and August  of 2021.

This graph taken from Teranet's quarterly Market Insight Report breaks down buyers by segment. Multi-property buyers are orange, while first-time buyers are red. Life events (in blue) are instances where there is a transfer of ownership between people who are related, due to things like death, marriage or divorce. Over the past decade, multi-property owners have gone from the smallest segment to the largest. (Teranet)

Pasalis says the trend isn't surprising, given how fast the market has accelerated, but he says what's concerning is: investors can make the ups and down of the market more severe.

"The risk is that when prices are rising investors are the optimists in the market … and they actually push home prices up higher than they otherwise should be," he said.

"But when the market cools, the investors actually become the pessimists. And they're the first ones to exit the market, which accelerates potentially a downward trend and makes our whole housing market far more vulnerable than it otherwise would be." 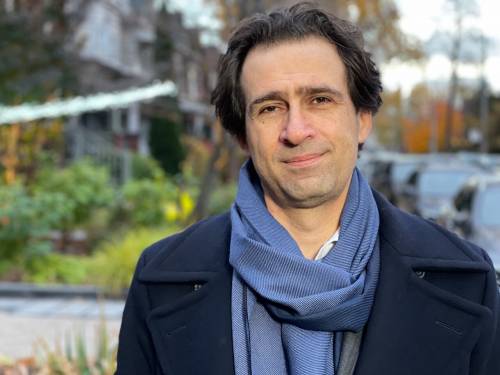 John Pasalis is the president of Realosophy Realty Inc. and a housing analyst. He says the increased percentage of investors in the market has driven prices up, making it harder for first-time buyers to get into the market. (Farrah Merali/CBC News)

While some argue more supply is needed to cool the market, Pasalis points to other cities like Phoenix, Ariz. and Las Vegas, Nev., which have room for more supply, but still saw huge real estate bubbles.

"When investors are the biggest segment of your buyer base — no amount of supply is enough," said Pasalis.

'That's not going to have a great ending'

The trend is also concerning to Ron Butler, one of the founders of Butler Mortgage. He says he's watched as investors outbid many of his clients who are first-time buyers.

"We've seen our clients forced to the upper limit of their affordability. But that's the only option they have is to be at the highest point that they can possibly achieve from a borrowing point of view," said Butler. 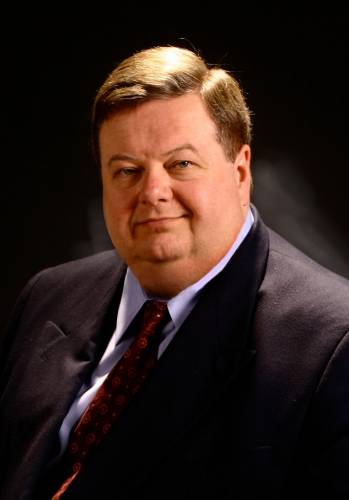 Ron Butler is a mortgage broker and one of the founders of Butler Mortgage. He believes the current trend of investors now making up more than 25% of transactions in Ontario is a concerning trend. (Ron Butler)

"I think we're approaching moments of literal despair amongst some families looking to purchase homes in Ontario."

Butler says he'd like to see intervention to stem the behaviour of investors from all three levels of government — before it's too late.

"That's not going to have a great ending, in my opinion. It's just not," said Butler.

As for Safdar: the family has decided that if they're forced to move again they'll leave the city — for good this time. For her, it's about more than just the numbers — it's about trying to find a community they can call home and creating some stability for their kids.

"It's not only about buying a house. It's a lot of emotion."