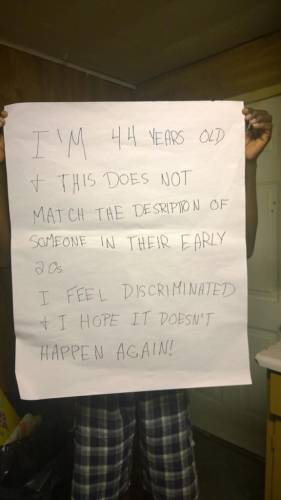 The Human Rights Tribunal of Ontario will hear Monday from migrant workers who allege they were racially targeted by the Ontario Provincial Police (OPP) as part of a DNA sweep in connection to a 2013 sexual assault investigation.

The 54 applicants argue that the indiscriminate manner in which the DNA sweep was conducted violated their rights under Ontario's Human Rights Code.

The OPP swabbed 96 Black and brown migrant farm workers from mostly Caribbean countries working on at least five farms in Elgin County, in southwestern Ontario, in 2013 as officers searched for a suspect in a sexual assault.

But human rights lawyer Shane Martínez, who is representing the migrant workers pro bono, says most workers who were swabbed did not fit the physical description of the suspect except for the colour of their skin.

"Workers were West Indian, workers were black from Jamaica, workers with long dreadlocks, ones who were bald — one worker had gold teeth," Martínez said. "They were as diverse a group as you could potentially imagine."

"When they tried to provide explanations as to [where they were] and they provided alibis, the police completely disregarded those and wanted nothing more than to collect their DNA because of how they looked."

Many of the migrant workers caught up in the DNA sweep say they felt targeted and humiliated by the experience, an advocacy group says. (Submitted by Justicia for Migrant Workers)

The suspect, meanwhile, was described as between 5-10 and six feet tall, black, with no facial hair and a low voice that might have a Jamaican accent.

The sexual assault survivor told police her attacker was muscular and possibly in his mid-to-late 20s. She said she was confident the perpetrator was a migrant worker and believed she'd seen him near her home in rural southwestern Ontario.

'I didn't want to risk my livelihood'

Dwayne Henry recalls being asked to provide a DNA swab eight years ago.

Hailing from Jamaica, Henry says while he was nervous, he initially felt assured when the police approached him.

"We were scared, but knowing this was Canada, this was the first world, I thought I was doing something keeping with the law," said Henry. "We know what police can do back in our country."

Henry, who now lives in Stratford, Ont., said he was with his girlfriend at the time of the assault and had dreadlocks that did not match the suspect's description. But he says that made no difference in the investigation.

Now that he's a permanent resident, Henry says he could clearly see that both his employer and the police pressured him to comply.

"I think at that time they were taking advantage of us just because we were migrant workers," said Henry. "We were scared that we were going to be sent back home. This is the place [where we are the] breadwinner for our family, you know?"

Henry says the investigation continues to follow him and his reputation, even back in his home country. That's why he became part of the human rights claim.

Police would later tell an independent review into what happened in 2013 that due to the seasonal agricultural worker program, they felt they had to act fast to find the perpetrator before he left the country.

On Nov. 30, 2013, Henry Cooper, a migrant farm worker from Trinidad and Tobago was arrested after suspicions around his unwillingness to provide a DNA swab and conversations with his employer led to the OPP surveilling him in hopes of getting a discarded sample of his DNA.

He eventually pleaded guilty to sexual assault with a weapon, forcible confinement and uttering death threats and was sentenced to seven years in prison. 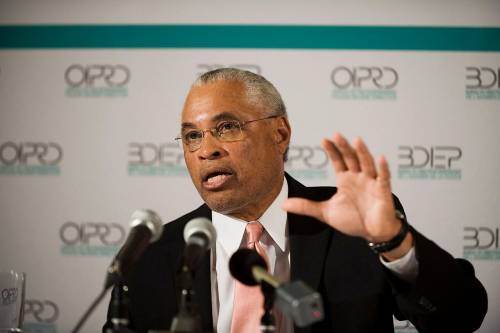 In 2016, the Office of the Independent Police Review Director (OIPRD) released its report based on a complaint put forth by Justicia for Migrant Workers, a volunteer-run collective that advocates for the rights of migrant workers.

At least 11 other stakeholders made submissions to be considered during the review, including the Canadian Civil Liberties Association and the Ontario Human Rights Commission.

The report found that while the investigation failed to "recognize the particular vulnerabilities of the migrant worker community targeted by the DNA canvass," it was not motivated by racial prejudice.

It also questioned whether the "consents obtained were truly informed and voluntary."

In his report, Gerry McNeilly, the police review director at the time, recommended the OPP adopt a policy on canvassing for DNA that could also be used by other police services.

When asked if the OPP had implemented this recommendation — and the report's six others, which included training for officers on DNA canvassing and communication surrounding the collection and destruction of DNA — OPP spokesperson Bill Dickson said it "reviewed [the report's] contents and continues to address the recommendations that were made in the OIPRD review."

When pressed about what that meant, he replied as follows: "Any further comment would be inappropriate in order to preserve the integrity of the Human Rights Tribunal of Ontario hearing." 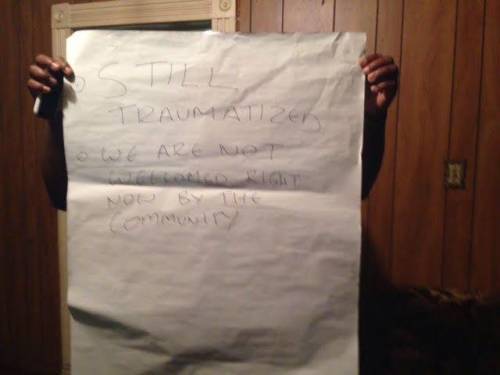 One of the migrant workers, Dwayne Henry, says he wants to prevent this experience from happening to anyone else. (Submitted by Justice for Migrant Workers)

Martínez says despite acknowledgement of the OPP's shortcomings, the independent police review did not match the standards of a human rights tribunal in determining racial discrimination — which is one of the reasons the workers moved ahead with their claim.

All of the officers interviewed by the independent police review director said they had told the migrant workers that their decision to participate in the DNA swabbing was voluntary — and that the decision would be kept confidential from their employers so as not to affect their job security.

But the report found the officers failed to do that.

After learning that a few workers had refused to do the DNA test, the main employer "made the decision that none of these men would be invited back to work for our company in the future unless they consented to take [the] test," the report found.

The application to the Human Rights Tribunal of Ontario was filed in 2015.

While the COVID-19 pandemic created some delay in getting to a hearing, Martínez alleges the OPP also tried to have the case quashed. 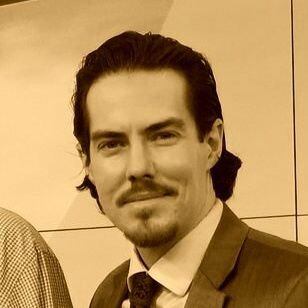 Martínez says the OPP tried to have the application dismissed because it was filed two years after the DNA swab instead of within the typical one-year deadline.

But he said a pre-tribunal hearing found that the filing delay was "sustained in good faith" and it noted that the applicants are part of a vulnerable population.

A class-action lawsuit on behalf of anyone whose DNA was taken by the OPP in relation to these types of investigations has also been certified.

The lawsuit alleges the Centre of Forensic Sciences has retained DNA profiles in a database, even though the material gathered did not match that of the suspect in the criminal investigation.

Although the 2016 independent police review states that all of the migrant workers' samples were destroyed in 2014, a spokesperson for Justicia for Migrant Workers says the workers don't have faith the samples and their profiles are gone — and were never made aware their DNA profiles would be entered into a database.

"These are widespread issues of privacy, of privacy infringement, of racial injustice that I think all of us in the community need to be concerned [about]," said Chris Ramsaroop. This is a systemic practice and policing that's flawed."

According to Justicia for Migrant Workers, the case is the first human rights hearing of its kind in Canada to examine allegations of systemic racial profiling and discrimination by the police of migrant farm workers.

"Many of the workers wanted to just basically put this incident past them, and there were other workers who were still fearful of repatriation," Ramsaroop said. "But the fact that we had 54 of the 96 workers take part in this I think is phenomenal. This speaks to the level of outrage that exists within this community."

Henry says he's fighting for recognition, compensation and justice so that other people don't have to go through something similar.

With files from Paula Duhatschek