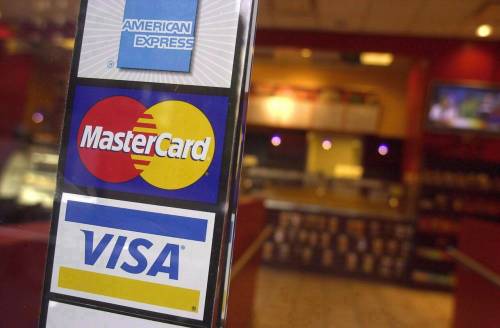 Equifax says the debt profile of Canadians has changed throughout the pandemic, with mortgages accounting for a larger portion of people's debt.

It said the rise was largely driven by mortgages, with the number of new mortgages up 41.2 per cent from a year ago when the country experienced the start of the pandemic.

However Rebecca Oakes, assistant vice-president of advanced analytics at Equifax, said the rate of new mortgages in the latest quarter dropped when compared with the final quarter of 2020.

"There is a bit of potential that first-time homebuyers are starting to get priced out of the market, particularly in some of those hot markets like British Columbia and Ontario," she said.

"We did see a bit of a fall this quarter in terms of the percentage of new buyers that are first-time homebuyers. So that may be a little bit of a concern on that side of things," Oakes said.

She said the largest increases in consumer debt were in B.C. and Ontario, a direct result of the high home prices in those provinces.

Shift in use of debt

At the same time, the credit reporting agency said consumer credit card debt was at a six-year low, as reduced spending led to healthier habits around daily spending.

"If you go back to when the pandemic first started, we saw quite a big shift in terms of how consumers are using debt or credit facilities and what they're doing in terms of their spending and their payment behaviour on that. And we have seen real positive movements on that side," Oakes told CBC News.

She said consumers are saving "a bit more" and those in all age groups are paying off debt that charges higher interest rates, "and that's a real positive."

7 potential lingering effects of COVID-19 on the economy: Don Pittis

"For example, in January, for every $10 of credit card spend, there was $11 of payments that we saw come through."

Meanwhile, other big-ticket credit items like lines of credit have also accounted for the general rise in Canadian debt.

Oakes said there was a 60 per cent increase in home equity lines of credit, which are secured against the value of a borrower's home.

"Where that starts to become a concern is if interest rates go up," since those kinds of loans are often at a variable interest rate, Oakes said.

Equifax also noted a rise in car leasing as opposed to car financing, which Oakes said could be related to higher costs for cars seen in the U.S. market.

She said delinquencies were still happening at a much lower rate than before the pandemic, as consumers continue to benefit from government financial support. But Oakes warned that people need to prepare for those supports to subside to ensure their financial health.

With files from CBC's Meegan Read

Previous : How radical gardeners took back New York City
Next : Ohio sues to have Google declared a public utility