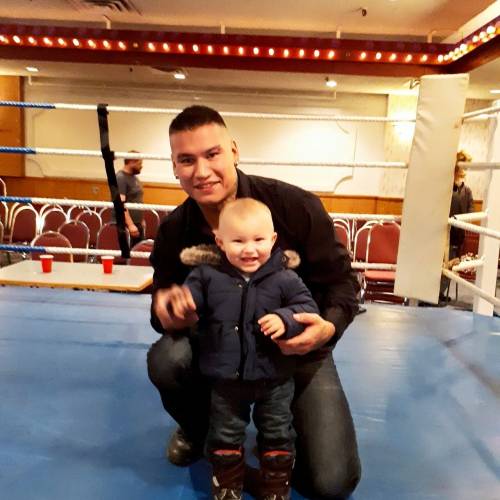 ‘He just felt hopeless,’ widow says after partner went to hospital 3 times in 24 hours before his death

The wife of an Indigenous man from Alberta says a B.C. hospital failed to treat him last month when he said he was suicidal and he later died in a public washroom at G.R. Baker Memorial Hospital in Quesnel.

Kellie Burgis says 37-year old Rocky Whitford, her partner of seven years and father of her child, was looking for help when he visited the hospital three times in less than 24 hours during a family trip, yet he was not treated or admitted.

"That's like a person bleeding out. In the moment you need to help them," she said.

She is telling the story now because Whitford's family believes his concerns weren't taken seriously in part because he is Indigenous, a member of the Alexander First Nation in central Alberta.

Issues began only a few weeks before

Burgis says Whitford had always been a strong, happy-go-lucky man, generous with his time and love for his son and family. But just a few weeks before he took his own life, she noticed a change: he didn't want to leave the house and when he did, he became disoriented.

"He seemed more down. Not wanting to get out of the house as much," she said.

He was taken to hospital in St. Paul, Alta., near his home in Lac La Biche, but was quickly released after medical staff told him there was nothing they could do for him.

She suggested a trip to Quesnel, B.C. to see her family, hoping a change of scenery might help. But he asked to go to the hospital as soon as they arrived on May 12. The doctor who saw him was hesitant to prescribe anything because they weren't going to be in town for long, she says. 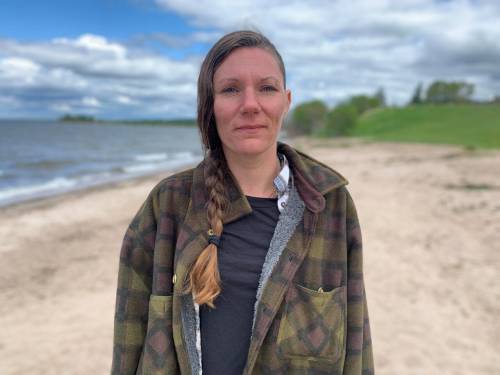 Burgis said her partner was a positive man who often told people struggling, "It's only a moment. You never know what you will have the next day." (Peter Evans/CBC)

Whitford kept telling them he wanted to be taken to a room that could be locked where he was safe. But a nurse told them, "I don't really want to put you there. It's literally just a padded room with a mattress on the floor. It is not a nice room."

Despite this, Burgis said they were assured he would be taken there. Whitford calmed down believing he had found a safe place and told her to leave with their four-year-old child. 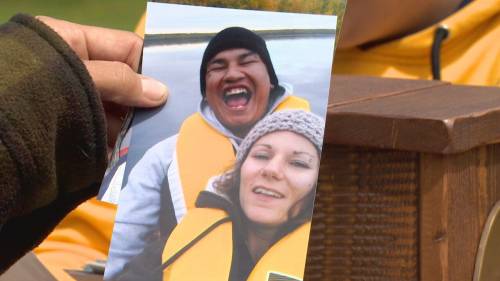 Kellie Burgis says she was felt assured her partner was going to receive the help he needed at the hospital when she left him there late on May 12. (Peter Evans/CBC)

A few hours later, a doctor from the hospital called to say Whitford had left, that police had been called and they were concerned he could be a danger to himself and others.

Whitford called her early the next morning to say he had waited for hours, but was never taken to a safe room so he left. She convinced him to return to the hospital and by 8:30 a.m., Burgis was called to go pick him up.

"He told me that he was not coming with us. That it was done. It was over. There was nothing more that could be done," Burgis said, and he left on foot.

At around 8 p.m. that night she received a call from police, telling her to come to the station. They told her he had taken his life in a bathroom after returning to the hospital for a third time that afternoon.

The coroner's service confirms it is investigating a death at the Quesnel hospital on May 13, but wouldn't release a cause of death.

Meanwhile the Northern Health Authority confirmed the coroner was called after a death in the bathroom in a non-patient area off the hospital lobby. In a statement it said "anytime there is an unexpected death in a health-care facility, we do a review of the circumstances; from the review, we can see if there is anything we can learn for the future."

A spokesperson said patient information is confidential, but, in general, someone with suicidal thoughts would be assessed by an emergency room doctor in collaboration with the psychiatric unit to determine a course of treatment.

The Ministry of Health says it can not comment on the case due to privacy, but that it is aware the health authority is investigating.  Adding it is "committed to providing safe, high quality, accessible, and culturally appropriate care for all peoples."

Family questions whether racism at play

Whitford's first cousin Simonne Dequaine describes him as a good man who overcame a tough childhood and had a successful career as an amateur boxer. 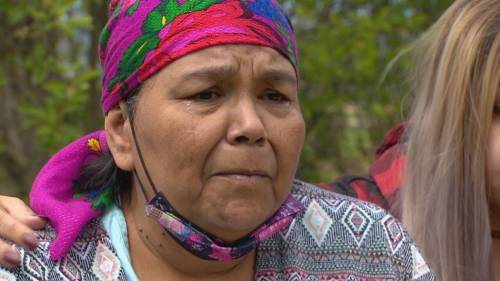 Whitford's first cousin Simonne Dequiane fears racism may have played a roll in him not receiving the support he needed. (Peter Evans/CBC)

"It takes a very brave person to go and ask for help," Dequaine said. "Whoever they're saying those words to, they need to help."

She and Burgis both wonder whether Whitford's ethnicity played a role in what happened to him at two hospitals.

"I totally do believe it," Dequaine said. "When you want some help … it does not matter what colour you are. When we bleed we are the same colour."

Pleas for help need to be taken seriously: expert

Experts say there are still many barriers stopping people from seeking treatment for mental illnesses including stigma and not knowing how to express what they're experiencing.

"We know how to describe when we're not well physically. We know how to talk about aches and pains and sniffles," said Maureen David, executive director of the northern B.C. branch of the Canadian Mental Health Association.

"Mental health has never been a language that's been taught to people from early stages onwards," she said.

And she said when people do reach the point of asking for help, an adequate response is crucial.

"I would say for the majority of people it is absolutely critical," she said. "Even If the help is not immediately available some support, some reassurance that they are on the right path can be enough to help people feel like, okay, I can wait this out a little longer.'' 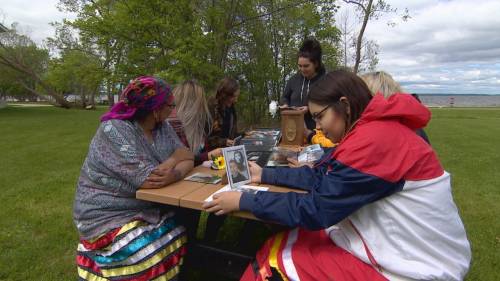 Family and friends gather to remember Whitford's life on the shores of Lac La Biche in northern Alberta. (Peter Evans/CBC)

Burgis says she is looking at filing a formal complaint with the health authority.

"He went and asked for help how many times and they never helped him," Burgis said. "I just hope it can change for future families."

Where to get help:

Previous : Hospital cases in Covid hotspots double in a month as ‘Freedom Day’ looms
Next : Friends director responds to criticism over lack of diversity in cast