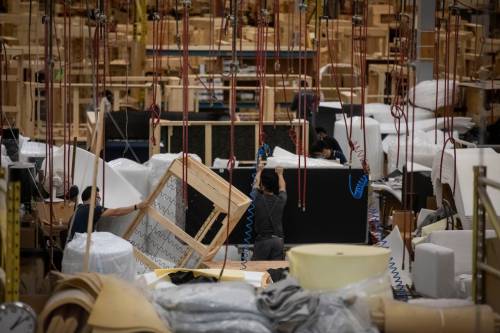 The cost of furniture is climbing and shipping times are exponentially longer as manufacturers face significant cost increases for materials, supply shortages and longer wait times to get those materials.

Rick Ripoli, president of Stylus Made To Order Sofas based in Burnaby, B.C., says in his 40 years in the manufacturing and wholesale business, he's never seen prices increase and supply chain issues quite like what he's seeing now.

Nearly every raw material needed to make a piece in the Burnaby factory is more expensive, he says; in some cases, with a 35 per cent increase month over month. Additionally, there are supply shortages.

The cost of materials to make the furniture has also skyrocketed — a cost that is then passed on to customers. (Ben Nelms/CBC)

Ripoli says he usually increases the price of sofas once a year, but in 2021 he had to increase prices six times to keep up with the cost of manufacturing.

He expects those cost increases to continue through 2022.

Those additional costs get passed on to customers.

Rick Bohonis, a retail consultant with DIG360 and co-founder of Urban Barn, says there are many factors behind the cost increases, including the temporary workplace shutdowns in early 2020, tariffs imposed by Canada last year, and supply issues.

Consumers can expect at least a 10 to 15 per cent price tag increase on furniture in the short term, but in coming months, he expects prices to climb even more.

"Those prices are going to continue to rise just because furniture companies will no longer sit on the price increase to them without passing it on to the consumer," he said. 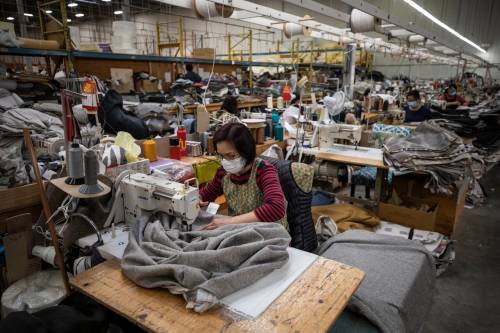 IKEA has announced it will be raising prices about nine per cent, although some parts of the world could see slightly higher increases. The company says its biggest cost increases are due to transportation costs and prices for raw materials in North America and Europe.

"Unfortunately, now, for the first time since higher costs have begun to affect the global economy, we have to pass parts of those increased costs on to our customers," Tolga Öncü, retail operations manager with IKEA Retail said in a press release.

In addition to paying more, getting the product into your home is also taking longer.

Ripoli says it used to take three to five weeks to deliver a sofa to a customer from the time they ordered. Now, the timeline is about six months.

"All we talk about is how we can get products to our customers quicker," Ripoli said.

He says if they take an order in August and it's scheduled for delivery in February, the cost of the product will likely increase, and the company's margins, therefore, go down.

In many cases he estimates margins are eroded by up to 12 per cent.

"Hopefully we can get our delivery times down," he said.

With files from Isabelle Raghem