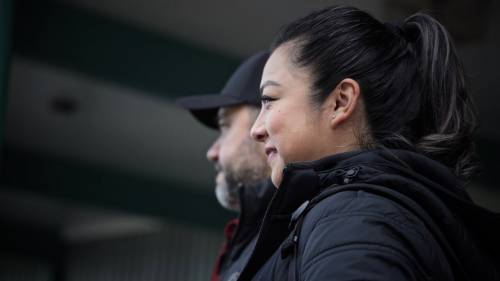 Parents at an elementary school in New Westminster, B.C., gathered Monday evening to show their support for a school family that's at risk of being deported to Mexico.

Adriana Rosales Contreras and her husband, Alberto Vargas Mendez, came to Canada 13 years ago as refugee claimants fearing for their lives, according to their immigration lawyer, Amanda Aziz.

On Nov. 30, Rosales Contreras was detained by the Canadian Border Services Agency after dropping her daughter off at Lord Tweedsmuir Elementary School, said Omar Chu of the migrant advocacy group Sanctuary Health.

Chu said the CBSA is continuing with removal proceedings for Rosales Contreras and her husband, despite the fact they have ongoing applications for permanent residence and a temporary residence permit.

Rosales Contreras and Vargas Mendez are facing the threat of deportation to Mexico after living in Canada for more than a decade. A group of supporters is trying to convince CBSA and the immigration minister to let them stay in Canada. (Rafferty Baker/CBC)

Aziz says the application process does not stop a removal proceeding and the couple has been asked to leave Canada by the beginning of July. If deported, they will take their Canadian-born daughter with them.

Supporters of the couple are calling on Immigration Minister Sean Fraser to ensure their applications are processed and approved before the removal date.

At their original refugee hearing, the board found the couple faced real risk in Mexico but did not grant their refugee claim. 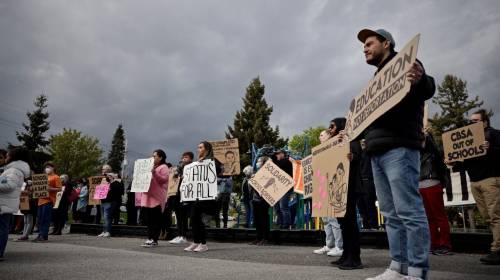 "What they were fleeing was some very serious death threats and violence from organized crime groups, along with an inability of the state to protect them," Aziz said.

The couple had no legal representation at the time and didn't know how to navigate the appeal process, Aziz said. The couple, whose daughter has never been to Mexico, is trying to apply for permanent resident status.

CBSA did not comment on the case citing privacy concerns, but said the agency has a legal obligation to remove foreign nationals who have no legal standing to remain in Canada.

People who are subject to enforcement action have access to due process, the agency said, and "those being removed have either exhausted, or chosen not to pursue, further legal recourse and have no legal right to remain in Canada."

The New Westminster School District has a sanctuary schools policy that aims to give school-aged children access to education without fear of their personal information being shared with immigration authorities, regardless of their immigration status.

Chu said CBSA officers monitored the school and arrested Rosales Contreras after she dropped her daughter off at school.

"We feel like this was a huge attack on sanctuary school policies," he said. 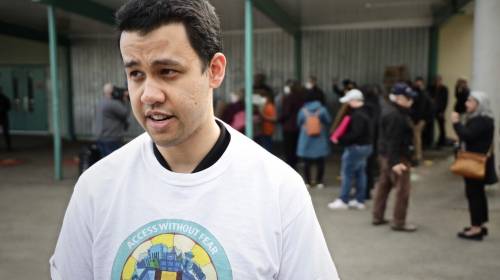 In its statement, the CBSA said "there is no legal restriction preventing the CBSA from carrying out necessary enforcement actions outside a school to execute an arrest warrant."

Chu said the family is very much part of the community. During the COVID-19 pandemic, they helped deliver food to families in need and volunteered with vaccine clinics.

"They shouldn't have to be heroes," Chu said. "The bar isn't that high to be able to come here and seek safety in Canada. But they are. And that just makes it all the more outrageous that we're in this position that we're in."