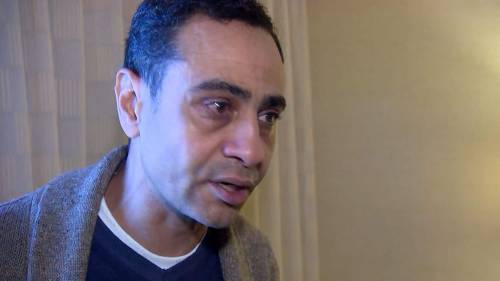 ‘Freedom, back to life’: Canadian returns home after 15 years imprisoned in Egypt on spying charges

Staring out the window of a Toronto hotel room, Joseph Attar is overcome with emotion. After nearly 15 years locked in an Egyptian prison, the chill of Canadian winters is something he wasn't sure he'd ever feel again.

Attar — who originally went by Mohammed el-Attar before converting to Christianity — landed safely at Toronto's Pearson airport Friday morning. He has not set foot in Canada since January 2007, when he was arrested in Cairo at age 31, during what he said was a vacation to see family.

Now, 45, he's home and finds himself in a world very different from what he remembers all those years ago, having spent a third of his life behind bars. His mother and father have since died and he has no family members in Canada.

"Imagine yourself in a very deep ocean, you cannot take your breath for 15 years," he told CBC News about his time in prison. "You're dying every day."

WATCH | Joseph Attar on coming 'back to life' after being imprisoned in Egypt:

3 hours agoDuration 0:37Joseph Attar, a Canadian imprisoned in Egypt for nearly 15 years, landed safely at Toronto's Pearson airport Friday morning. The dual Canadian and Egyptian citizen, was arrested after arriving in Cairo in January 2007 on what he said was a vacation to see family. 0:37

Attar was born in Egypt but fled the country to seek refuge in Canada, saying he faced persecution for his faith and because he is a gay man. (He was born into a Muslim family, but later converted to Christianity.)

In 2007, Attar was a Toronto resident and worked as a bank teller for CIBC.

Egyptian officials claimed he used his position at the bank to obtain information on various accounts for Israel, which they alleged recruited him while he was living in Turkey in 2001.

His trial began in February 2007 and in April of that year, he was convicted and swiftly sentenced to a 15-year prison term based on a confession he later said he made under duress because he'd been tortured.

"I was pressured psychologically and physically, so that I admit things that I didn't say, and are totally opposite to the truth," he said in 2007.

On Friday, Attar told CBC News his ordeal began as soon as he arrived at the Cairo airport. Immediately, he says, he was whisked away to a location he understood to be an Egyptian intelligence facility.

There, he says not only was he threatened, but threats were made against his family, including his brothers in the Egyptian military.

Asked Friday why he believed he was accused of spying, Attar maintained the case against him was "baseless," saying he never violated his position at the bank, nor "cheated" Canada or Egypt.

Attar arrives at his trial escorted by police in front of a Cairo court on Feb. 28, 2007. He was convicted in April 2007 on charges of spying for Israel. (Nasser Nuri/Reuters)

Attar maintains he was tortured

The bulk of Egypt's case rested on the confession that Attar and human rights groups have maintained was tortured out of him.

One of the last things Attar said publicly from his courtroom cell during his trial was that he had been electrocuted and forced to drink his own urine.

CBC News reported in 2015 that Attar was being held in a three-by-two-metre cell in Egypt's Tora prison, notorious for its harsh conditions.

Despite being imprisoned for what he maintains are false allegations, he told CBC News he forgives those who jailed him.

"The Lord taught me to do something. I forgave those who put me in jail for something that I never did. I forgive all of them."

'I felt neglected by my government'

In 2015, Alex Neve, of Amnesty International, told CBC News Attar's faith and sexual orientation made him extremely vulnerable in Egypt.

"There's every reason in the world for the Canadian government to be taking this case very seriously, and we've never seen any indication of that," Neve said.

Attar told CBC News that he felt consular officials did their job, but that his pleas to then prime minister Stephen Harper's Conservative government went unanswered.

"I felt neglected by my government … I felt that Canada is a great nation, for God's sake, it's one of the G7 countries in the world and it has one of the most respectable passports ever … What is going on?"

When the Liberals took power in 2015,  Attar says he wrote to Prime Minister Justin Trudeau directly. Within a few months, he says he received a reply telling him the government was working to help get him home.

Then, around the time of the 2019 G20 summit in Japan, Attar says he received letters from Canada's foreign minister about private meetings with Egyptian President Abdel-Fattah el-Sisi, in which they discussed Attar's case. 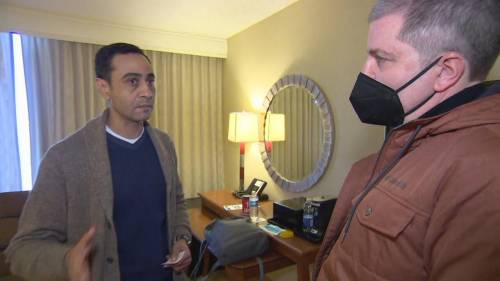 'Many questions around this case'

Over the years, there was little information about the status of Attar's case, retired CBC producer Stuart Einer said ahead of Attar's return.

In 2011, Einer decided to send Attar a handwritten letter through Canada's consular services. Months went by, until finally Einer received a letter back. From there, the pair continued to write to each other regularly — their exchanges continuing for 11 years.

"His letters were a combination of frustration at feeling his case was not being taken seriously by anybody — be it in government, Egypt or Canada — and interspersed with the stories of just daily life in prison," said Einer.

On Thursday night, Einer received a letter from consular services with a message from Attar attached, saying he'd been released.

"There's many, many questions around this case and him," Einer said, noting that all these years later, there's not much more known about the case than there was 15 years ago.

'Canada can do better'

Majed El Shafie, founder and president of One Free World International, an international human rights organization based in Toronto, was among those who advocated for Attar's release.

El Shafie came to Canada 20 years ago as a refugee after he says he too was imprisoned in Egypt and tortured for what he says were his Christian beliefs. 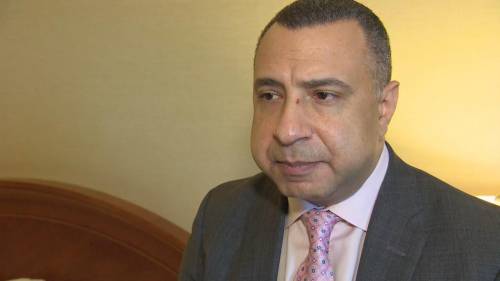 Majed El Shafie, founder and president of One Free World International, an international human rights organization based in Toronto, was among those who advocated for Attar's release. (CBC)

"I know exactly what he went through," he said of  Attar's ordeal. "I know his pain, I know his scars. I know the treatment and I know the persecution that he faced."

With Attar now released, El Shafie said he and his organization are helping him put the pieces of his life back together, including finding him housing and a trauma counsellor.

"He needs to stand up on his feet, he needs to find a job, he needs to heal … his soul and his mental health. He needs a village," he said.

Still, despite losing all those years to prison, El Shafie says Attar is one the lucky ones, as people now know about his ordeal. There are countless other Canadians in prisons around the world whose stories haven't been heard, he said.

"We saw the tale of the two Michaels, for example, and we saw really what pressure can do," he said, referring to Michael Spavor and Michael Kovrig, both detained in China in December 2018.

If their stories hadn't been front-page news, he added, the public would have never known about their cases.

With files from Karen Pauls

Previous : ‘Disgrace’ as PM with no shame desperately clings to power after pathetic party apology
Next : Omicron transmission is declining in B.C., modelling suggests — but hospitalizations have yet to peak