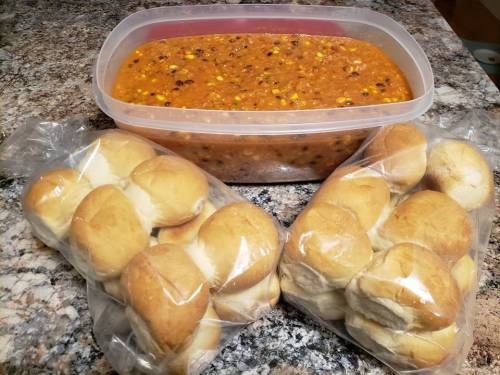 A chef who used to be homeless in Fredericton has teamed up with a local pet groomer to help people who are living outside in tents.

Gill Hastings and Angela Hopkins are the people behind the unregistered charity the Homie Project.

Twice a week they deliver meals and supplies to about 30 people living in camps along the Devon Trail, behind Government House and behind the old City Motel, now known as the Oak Centre.

Temperatures in New Brunswick's capital hovered around minus 25 C for the last couple of days, and windchill values made it feel even colder.

Hastings knows well what that's like for people living in tents. He lived that way himself, off and on, over the past couple of years. But he recently moved into an apartment.

"There was a certain bit of guilt there," said Hastings. "I felt maybe I had more, and I could contribute something."

A hot meal prepared by chef Gill to feed people living in tents in Fredericton. (The Homie Project/Facebook)

"These people are in a bad situation, and I can sympathize with it because I was there."

Hastings said he took the opportunity with Hopkins to see if they could "make something happen."

Hastings met Hopkins in March 2020 outside a south-side Fredericton grocery store, where she saw him struggling to load food and his dog onto his bicycle and offered to help.

They found each other again later, with the help of a mutual acquaintance on social media, where Hopkins had offered to provide Hastings with free pet grooming.

That's the service she started the Homie Project with in April 2020.

In November, the pair started pooling their leftovers to bring meals to homeless tenters.

"You can put half a dozen random foods in front of Gill … and he comes back and it's restaurant-style," said Hopkins.

"He'll pass you the plate and say, 'Hope you like it,' and it's delicious."

In the last couple of months, said the pair, many people who saw what they were doing have messaged them on Facebook to donate food, propane, sleeping bags, coats and other items.

"To put it very bluntly, it's right up there with a matter of life and death," he said. 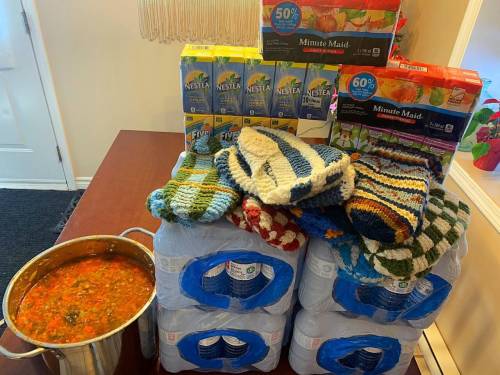 "If you have wet feet for two days, dry socks mean more to you than any kind of monetary value you could put on it."

Another invaluable thing, he said, is sympathetic human contact.

"I remember when I was staying in the encampments I felt very alone from society," Hastings said. "I felt very outcast. I want to bridge some of that if possible. I want my friends and family out there to know that they're not alone in the encampments. And that we do care.

"People are concerned. I think that really goes a long way with a lot of people out there."

Every person living in a tent has their own reasons for being there," said Hastings. Some have addiction or behaviour issues, some feel their lifestyle is incompatible with shelter rules. 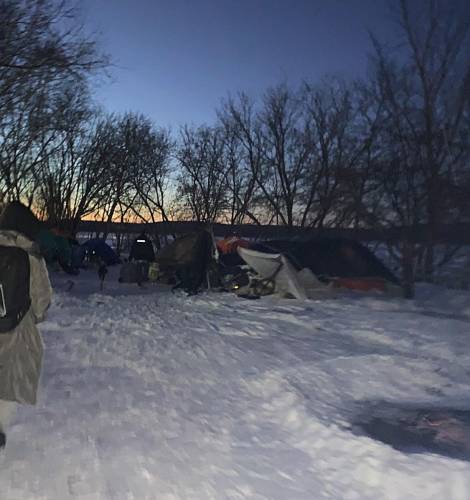 "Just try and keep in mind we're all human," he said.

"We all have relatively the same feelings and the same reactions to stuff. We all feel joy and we all feel pain. It doesn't matter how they got there or why they can't get out of the situation they're in. They are somebody's son or daughter or father or mother."

Hastings said a homeless woman who died in a tent in the city in November was a friend of his.

He described her death as tragic, but said he's not sure anyone could have done anything to prevent it — other than finding people housing. 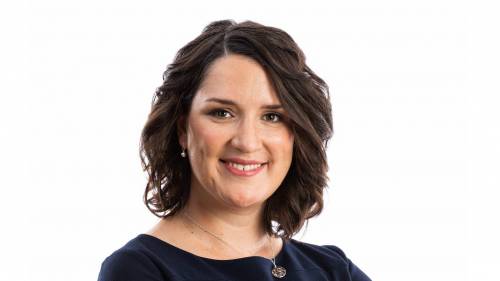 16:26Helping the homelessWhat started as a way to share leftovers with people living in tent encampments has snowballed into a much larger effort. Gill Hastings and Angela Hopkins are two volunteers behind the Homie Project. 16:26

Hopkins said the incident made her feel "embarrassed, ashamed and disgusted."

"Any one of us could have a shift in our life and be homeless," she said.

But Hopkins and Hastings share a belief that people are generally good and want to help. They just often don't know how.

They're inviting anyone who wants to donate items to message the Homie Project on Facebook.

With files from Information Morning Fredericton

Previous : Pervert jailed after hacking schoolgirl’s webcam and filming her showering
Next : Hospital where Mirror campaigner Max Johnson had heart transplant to star in TV series