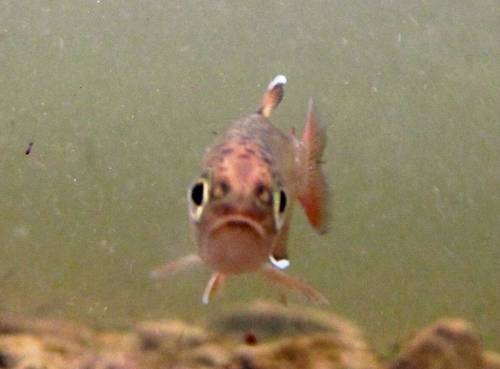 For B.C.’s salmon, floods represent another challenge to survival

When James Reinheller stared down his flooded street in Clayburn, a neighbourhood in Abbotsford, B.C., on Monday, he said he saw a bizarre sight: a salmon making its way up the water-logged road.

"From the bottom of the road, all the way up, he was swimming," Reinheller said. "It was quite the sight to see. You just don't expect to see salmon swimming up your road."

It's a concerning instance from a catastrophic week on the province's southwest, where flooding and mudslides destroyed critical infrastructure, highways and farmland — and forced tens of thousands fleeing.

But the damage from what Public Safety Minister Mike Farnworth called a "once in a century" storm could be another stressor for salmon on B.C.'s South Coast after decades of fishing, habitat destruction and development that have sent salmon stocks spiralling into decline, experts said.

Recent inclement weather events like heat domes and landslides have also stacked the odds against salmon.

What are atmospheric rivers, and how are they affecting the B.C. floods?

Eggs could have washed away, expert says

Salmon have evolved to withstand floods before, but perhaps not one like this, said Jonathon Moore, a Simon Fraser University biology professor and director of the Salmon Watersheds Lab.

"Salmon are really good at finding places that won't scour and so they sort of evolved for flooding, but not this level of flooding," Moore said.

The main concern, he said, is whether newly spawned eggs could have been washed away — also known as scouring.

Fall is spawning season for many salmon species. Moore said some of the salmon species that had already spawned and built nests — or redds — for eggs prior to the flood might have seen those eggs get either washed away or covered with excess sediment or silt.

In that case, he said a generation may have been lost.

"Some populations [do] not have as many returning adults in the next generation. There will be fewer fry in the river in these places that got hammered, there will be fewer young salmon the year after and then few that go out to sea, fewer will come back," Moore said.

The effects of what happened to the salmon population depends on the waterway, the species and the life stage of the salmon. Moore said there are salmon at various stages of their life cycles in the freshwater system of B.C.'s South Coast in the fall.

"This impact won't be the same across populations and locations. There will be certain places that get hit harder than other places," he said.

There are various salmon species at different life stages in the river systems of B.C.'s South Coast at any given time. Pictured above is a juvenile coho salmon. (Submitted by Jonathan Moore)

On Vancouver Island, for example, the iconic chum salmon run in the Goldstream River may have been dealt a blow with this weather event, said Ian Bruce, the executive coordinator of the Peninsula Streams Society.

"[The run was] a third or a quarter of what its average has been lately. So with this rain event on top of a low return, it's very grim for Goldstream and for the chum," said Bruce.

Younger smolts in the river would have struggled to stay put, he said.

"Sometimes they'll end up leaving the creek, going on a flood plain and getting lost," Bruce said.

As the floodwaters recede, the assessment of the damage will begin. Fisheries and Oceans Canada said in a statement it will be working alongside local community partners to assess the long-term impacts on Pacific salmon.

Moore said there are things that can be done to help salmon cope with climate change, like connecting creeks to the watershed restoring long-buried estuaries.

On Vancouver Island, Bruce said he is working on creating rain gardens to help dampen the peaks of the flood events and help store water.

"Salmon have dealt with a lot. There's an urgent need for action."

With files from All Points West and CBC's Georgie Smyth