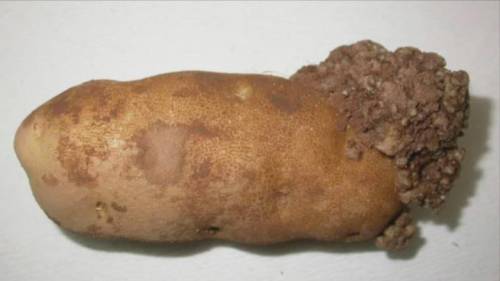 Federal officials trying to convince Americans that P.E.I. potatoes are safe, after outbreak of wart infection

Ending a suspension of trade in fresh potatoes from P.E.I. to the United States is a top priority for the Canadian government, says federal Agriculture Minister Marie-Claude Bibeau.

The trade suspension was ordered by the Canadian Food Inspection Agency on Monday, following the discovery of potatoes infected with potato wart in two P.E.I. fields in October. Bibeau told CBC's Island Morning host Mitch Cormier she understands how important potatoes are for the P.E.I. economy and even the identity of Islanders.

"I really get it, and I am working extremely hard with the team to solve the situation as soon as possible," said Bibeau.

"I am confident that we will convince the Americans that our fresh potatoes are safe, they do not present a risk for their soil, for their land. And they desperately need our very high-quality potatoes as well."

Potato wart disfigures potatoes, but is not a threat to human health. (CBC)

Potato wart disfigures potatoes and reduces crop yield, but is not a threat to human health. The U.S. lists it as a serious threat to agriculture.

CFIA implemented the suspension to forestall a ban from the American side. Bibeau said she feels trade will resume more quickly if trade is stopped from the Canadian side of the border.

"I know that it hurts, but I prefer to keep control on our Canadian side than be subjected to an American ban," she said.

'They have to be reassured'

In a news conference Monday, P.E.I. Premier Dennis King strenuously objected to the suspension, saying it was based on politics and not on science.

"Science is not black or white. I think they are going beyond and they are asking for too much, but, I mean, it is still a scientifically based discussion that we have to have," she said.

"They have to be reassured that even if we have found more cases on the Island that our protocols are strong enough."

Those protocols may need to be strengthened, said Bibeau.

No incidents of potato wart spread

Potato wart was first discovered on the Island in 2000.

Measures were put in place to control its spread, including restrictions if the fungus is detected in a field.

"No production of potatoes, including seed, table or processing potatoes, is allowed. No other propagative crops are allowed to be produced in that field," according to Dr. Carolyn Sanford of the P.E.I. Department of Agriculture.

The soil can't be moved, and all equipment and vehicles have to be cleaned and disinfected before they can leave the field.

There have since been more than 30 incidents of potato wart on the Island, but the P.E.I. Potato Board said there has not been a single incident of the fungus spreading anywhere else from Island potatoes. 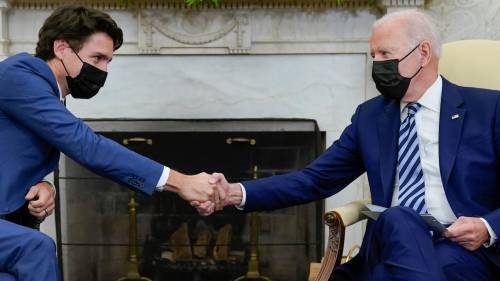 Canada suspended trade in seed potatoes from P.E.I. in connection with the October discovery earlier this month, and has known there has been a threat to fresh potato exports for about a week.

It has kept the P.E.I. government advised of the situation, said Bibeau. She said she has had three discussions with U.S. Agriculture Secretary Tom Vilsack in the last week, and Prime Minister Justin Trudeau discussed the issue with President Joe Biden at a meeting in Washington last week.

In a statement released on Twitter late on Monday, Cardigan MP Lawrence MacAulay, P.E.I.'s representative in the federal cabinet, called the situation "absolutely unfair to our farmers on P.E.I."

But he agreed with Bibeau that it was better for CFIA to act, rather than have to deal with a ban from the U.S. side.

With files from Island Morning