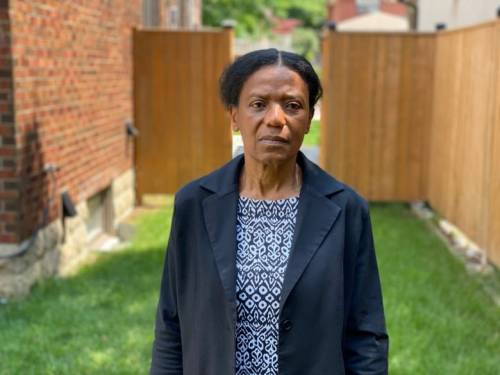 Carol Sip spent three decades inside the federal public service, but her retirement plaque is the last thing she wants to see on her wall.

Instead it sits stored away in the original packaging.

"Why would I hang it up? It will only bring back awful memories," Sip said. "It should be something that you should be proud of, but I'm not proud of it because I know what I went through."

Sip is one of a group Black federal employees involved in a proposed class-action lawsuit launched last December against the federal government alleging years of discrimination and seeking some $2.5 billion in damages.

Earlier this year, federal employee Monica Agard broke her silence about being Black in the public service after a senior colleague at the Immigration and Refugee Board's Toronto office allegedly praised "the good old days when we had slaves."

Since then, the proposed class-action lawsuit has become one step closer to reality after a motion was filed for it to be certified. It will fall to the newly elected government to decide whether to challenge that.

But as Canadians head to the polls, the Liberals appear to be changing course on the issue with a policy plank promising support for Black workers.

Monica Agard, who has been an employee of the federal public service for 30 years, filed a formal notice after a senior colleague at the Immigration and Refugee Board's Toronto office allegedly made a racist comment in front of her. She says the board failed to acknowledge the impact the remark had. (Paul Borkwood/CBC)

The federal government had maintained that its workers could find help through the employee assistance and health-care programs, which the plaintiffs have long said fail to address the specific trauma of anti-Black racism.

Now, if elected, the Liberal Party says in its platform it will "establish a mental health fund for Black public servants, and support career advancement, training, sponsorship, and educational opportunities for Black workers."

Party spokesperson Alex Wellstead wouldn't explicitly say if a Liberal government would support certifying the class action to go forward, but acknowledged "Black Canadians face unique challenges when it comes to mental health in the workplace.

"That is why we've committed through our platform to work with community partners on the design and establishment of this fund, which directly responds to calls from Black employees in the public service and will ensure that Black public servants are supported."

As the employer of the federal public service, the Treasury Board of Canada Secretariat said the courts have not set a timetable for next steps on certifying the suit and that at this stage, it would be "premature" to comment.

Lawyer Hugh Scher, who's assisting with the suit, hopes whichever party forms government will work with Black civil servants to address their needs.

Sip's ordeal began in the early 1980s, shortly after she became an employee at the federal customs department under what is now the Canada Revenue Agency. Over a number of years spent working there, she says she experienced repeated incidents of harassment and discrimination by a supervisor who behaved with impunity.

WATCH | Carol Sip on her 'living nightmare' in the public service: 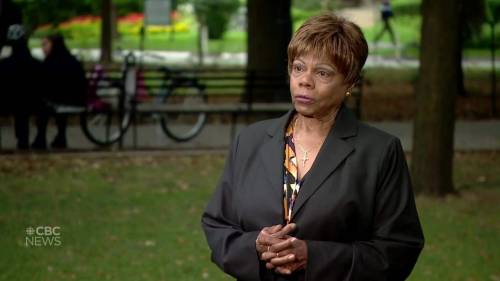 13 hours ago1:52Sip's ordeal began shortly after she became an employee at the federal customs department under what is now the Canada Revenue Agency, where she says she experienced repeated incidents of harassment and discrimination by a supervisor who behaved with impunity. 1:52

And she says never in her 26 years was she promoted beyond her clerical position.

"It became a living nightmare," she told CBC News. Sip filed multiple grievances and won two. But she felt blacklisted for complaining and says nothing was done.

"If they had a project with lifting boxes, only the Black ladies were chosen to lift the boxes," she recalled.

In the late 90s, Sip was diagnosed with both breast and uterine cancer. She was off work on disability in 1999, when she was told her department was being restructured. Sip says her manager told her to resign. Believing she had no other option, she did.

In a statement, the CRA told CBC News it cannot discuss specific cases but that it is "firmly dedicated to diversity inclusion and anti-racism in the workplace."

"The CRA has launched, and will launch further, targeted executive staffing processes for visible minorities and Indigenous peoples who are underrepresented at the leadership levels," the statement said, noting that CRA encourages all employees to come forward if they experience or witness any discrimination or harassment.

As for why she joined the proposed class action, Sip said: "I look at the young children growing up and I don't want them to go through what I personally went through, or the others have gone through."

'It kills you a little bit inside'

It's been four months since Marcia Banfield Smith left her job at the Department of Justice.

But she says the scars from her time there run deep.

Over the years, she says she endured racist jokes at meetings and watched as non-Black colleagues rose up the ranks. Meanwhile, despite applying for higher-paying roles, she was stuck in a paralegal role at the same pay — for 19 years.

"It kills you a little bit inside," she said.

WATCH | Marcia Banfield Smith on not feeling 'worthy' after 19 years in public service: 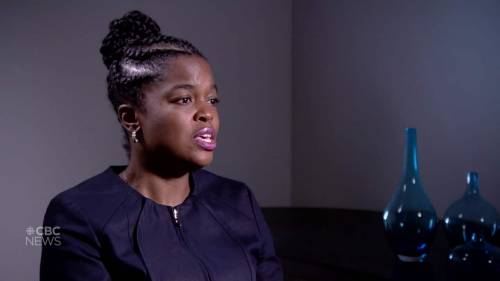 13 hours ago2:03Marcia Banfield Smith says she endured racist jokes at meetings and watched as non-Black colleagues rose up the ranks. Meanwhile, despite applying for higher-paying roles, she was stuck in a paralegal role at the same pay — for 19 years. 2:03

"I went to school. I became a lawyer. I had all these extra credentials, all this extra experience. And I never once, never once received a promotion. Any time I tried to bring up anything, I was told, 'You're too sensitive.' "

Banfield Smith wanted to believe her hard work would pay off. Besides, the department talked about diversity and inclusion, and to her, it was a place of prestige.

Instead, she says she was repeatedly passed over. She became demoralized and her mental health was suffering — a pattern she says she noticed other Black employees were experiencing, too.

"You just feel, 'Why am I not worthy? What is wrong with me?' But there was absolutely nothing wrong with me."

In a statement to CBC News, the Department of Justice said it is committed to ensuring its policies are free of barriers and that it is "working to identify and eliminate any potential sources of systemic discrimination that may exist within our organization."

The department says that it has also established a justice ombud and informal resolution office to provide confidential and independent assistance to employees in a "culturally sensitive way." The department did not respond to specific allegations made by Banfield Smith.

Now at a new job, Banfield Smith says the practice of excluding Black employees, "of almost dehumanizing us," has to stop.

"It's futile to boast about having all this diversity. If you look at the workplace and all the people that are at the top, it's not reflective of what Canada looks like."

Michelle Herbert, who currently works for Service Canada, says anti-Black discrimination has kept her at the same job for seven years.

She says she's now on medical leave because of the toll her job has taken on her.

WATCH | Federal employee Michelle Herbert says she has nothing left to lose : 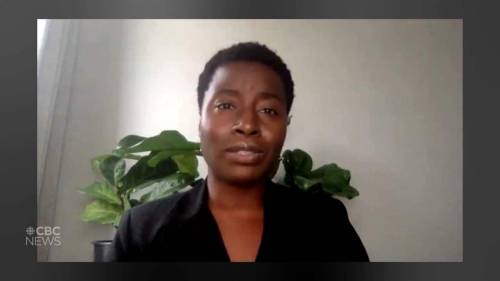 Current federal employee Michelle Herbert speaks out, saying she has nothing left to lose

13 hours ago1:38Michelle Herbert, who currently works for Service Canada, says anti-Black discrimination has kept her at the same job for seven years. Now she's joined a proposed class-action lawsuit because as she says, she's at "the bottom of the barrel." 1:38

"My self-esteem has been eroded. Having to go into a workplace where I know I'm strategically being excluded from opportunities is debilitating. It's paralyzing. It causes me to doubt myself, to doubt my capabilities."

Herbert is also part of the Black federal workers' class-action lawsuit and says she has nothing to lose.

Service Canada said in a statement to CBC News that it is aware that one of its employees is a proposed plaintiff in the class action, but cannot comment on specific allegations.

"Employment and Social Development strives to create a workplace that reflects the communities we serve and … is committed to taking deliberate and continual steps to identify and eliminate the effects of systemic discrimination from our institutions, addressing all forms of oppression, challenging biases, and empowering our employees."

"I'm at the bottom of the barrel," Herbert told CBC News. "Nobody wants to go to trial. Nobody wants to do any of this. But we can't be treated like this anymore.

"Enough is enough … I'm going to push. I'm going to fight with my heart. I don't care how many years it takes."

Previous : Foreign holdings of U.S. Treasuries hit a record high in July -data
Next : Shipwrecked mum of two drank her own urine so she could breastfeed kids until rescue – World News