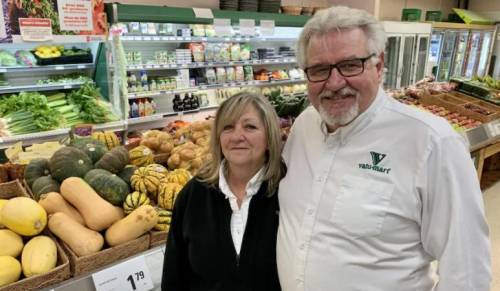 A small eastern Ontario community is coming to grips with the fact its last remaining grocery store will soon close its doors for good.

The Valu-mart in St. Isidore, Ont., is slated to shut down on Dec. 4, forcing people who live in the community of about 800 — including many older residents — to make significantly longer drives to get their basic necessities.

"We are talking about a village, a community, that is really aging, with reduced mobility," said Josée Laramée, who has lived in St. Isidore for the past 15 years.

"There are people who walk to the grocery store, who will walk back to their homes with their groceries. They don't always have a car," she told Radio-Canada in a French-language interview.

Jacques Roy, right, and Lyne Roy stand in the Valu-mart grocery store in St. Isidore, Ont., that they've run for the past three decades. They say they've tried to find a new owner for the franchise, but the search has come up empty. (Denis Babin/Radio-Canada)

The store is closing because the owners, Jacques and Lyne Roy, have decided to retire after three decades in business.

The Roys told Radio-Canada they've tried over the past few years to find a new owner for the franchise, but found no takers. Valu-mart falls under the banner of Canadian grocery giant Loblaws.

"The hour has come … but it's still pretty hard," Jacques Roy said in French. "Customers have been coming to see me this past week, almost in tears."

The closure won't just affect St. Isidore's residents, but also people in neighbouring communities like Fournier, Riceville and Saint-Bernardin, who would head to St. Isidore for their groceries. 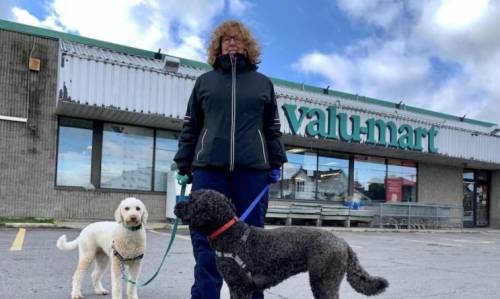 Unfortunately there's not much the greater municipality of The Nation can do in a case like this, said Coun. Alain Mainville, whose ward includes St. Isidore.

"I was hoping all the time that someone would sign up [to run the store]," said Mainville, who first learned of the impending closure in the summer. "It seems to be very difficult [but] it's not the council that should take over."

As for Laramée, she's preparing to make 20-kilometre drives to Casselman, Ont., for her groceries, while still holding out hope a new owner will materialize.

"It responds to a real need in our community … we need people who are willing to take over," she said. 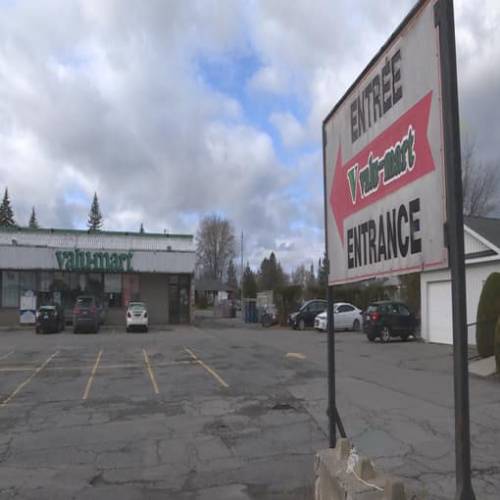 With files from Denis Babin

Previous : From the Rock to Fraggle Rock: N.L. director takes on reboot of iconic TV show
Next : Care home residents injected with salt water instead of Covid vaccine