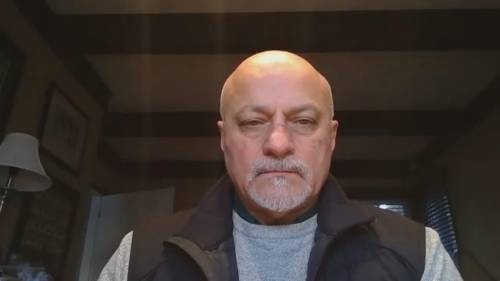 Delayed arrival of agriculture workers could be ‘catastrophic’ for crops, industry says

A newly announced pause on the arrival of temporary foreign workers in Windsor-Essex amid the Omicron surge is expected to come at a cost for vegetable growers in southwestern Ontario.

Joe Sbrocchi, general manager of Ontario Greenhouse and Vegetable Growers, says the delay could potentially be "catastrophic" for crops.

"Once the plants grow too wild they can't be cultivated, and so they have to be basically killed down. So you're talking about massive amounts of food waste, tons of money being poured down the toilet," he said.

"It's terrible and it's also horrible for these workers."

Public health officials in Windsor-Essex on Wednesday announced a three-week pause on the arrival of any temporary foreign workers to the region.

The delay comes as the Windsor-Essex County Health Unit (WECHU) sees 275 migrant workers in self-isolation in the region. They have either tested positive for COVID-19 or are a close contact of a confirmed case. But officials are running out of space and staff to care for people.

A federally funded Isolation and Recovery Centre in Windsor is now full, along with three other hotel sites housing individuals who are isolating. The public health unit is concerned there are not enough resources to monitor workers in isolation.

Sbrocchi said more needs to be done to create better facilities for migrant workers to quarantine if needed, suggesting that some could quarantine in groups if need be.

The municipality of Leamington, which is home to the largest concentration of greenhouses in North America, will be hard hit by the order from public health, the mayor said.

"I honestly can't believe we're in this predicament three years in. I would like to think we would have this figured out after this point," said Leamington Mayor Hilda MacDonald.

MacDonald said the loss incurred by the industry could be in the millions. She adds that the municipality itself has been unable to find a path forward in advocating for farmers and workers without jurisdiction on the matter. 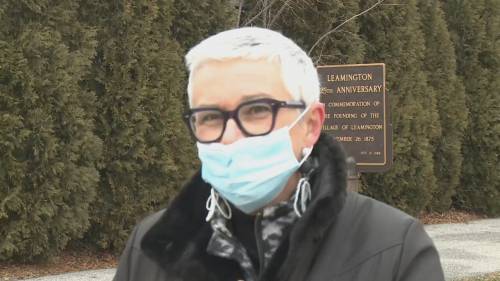 Leamington Mayor Hilda Macdonald said the pause on incoming workers is a scary step for the region, citing concerns for the local economy. She adds at this point in the pandemic, and after the reckoning that the industry has had when it comes to taking care of migrant workers, something needs to change. (CBC News)

"We have the economy that's affected, and the residents that are affected and yet we have no power to change it. We sit here and it's imposed upon all of us, and despite the fact we are pushing up, we're still here three years in," she said.

In a statement, federal government officials said they are aware of the decision to delay the workers' arrival in Windsor-Essex and are preparing to help transfer workers to other employers or isolation sites outside of the region.

"The health and safety of these workers, and their community, is our number one priority," a spokesperson for Employment and Social Development Canada said.

In earlier stages of the pandemic, Windsor-Essex saw the migrant farm worker population hard hit by COVID-19 outbreaks. Across Ontario, at least four temporary foreign workers have died during the pandemic — three of whom had COVID-19 and one who died while in quarantine.

Thousands of workers are expected to travel to the Windsor-Essex region for seasonal farm work.

WECHU estimates about 2,000 workers have already arrived. Some 8,000 to 10,000 are expected during peak growing season.