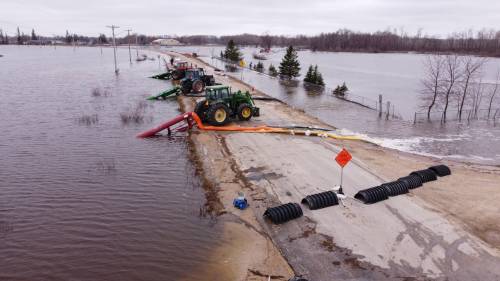 With more rain expected this week, the flood fight in Peguis First Nation is taking on renewed urgency today, with crews working rapidly to build up dikes and sandbagging around homes.

Water levels in the community have gone down in recent days, enough so that a tractor trailer was able to make a delivery to the local grocery store.

But rain in the forecast has residents worried water levels will rise back up again.

The province's flood forecaster met with community leaders Sunday, telling them that with the added precipitation, the area could see water levels rise back up again by 30 centimetres or more, said Chief Glenn Hudson.

A big part of the reason the water is down is because the community has been shutting down the main road every evening to pump water from one side of the road to the other, where it runs off toward the river.

The First Nation has been closing its main road every evening to pump water. (Jaison Empson/CBC)

That's really helped bring the levels down, Hudson said, but people are getting worn out.

"We have a lot of people that are fatigued, tired, but we continue to forge on as far as protecting our home and our our communities. So that's the only right thing to do for us."

Sandbag crews have been working hard for ten days now, trying to save as many homes as they can.

Kiwedin McPherson has been leading one of the crews in Peguis. On Monday, he said they were hoping to sandbag at least five homes.

"We're guaranteed to save as much of people's homes as we can," he said.

"It takes a toll, but with our crew, we switch every time someone needs a break. We always help each other out." 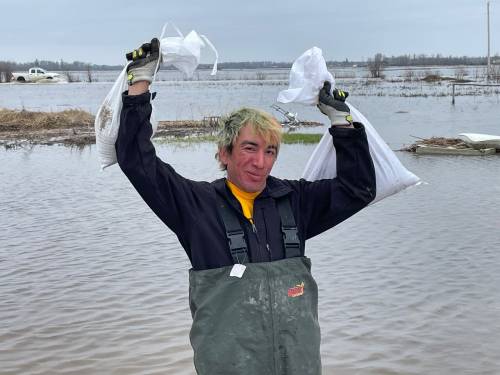 For the last 10 days, Terron Wilson has been out in the community checking on people's homes and pets they couldn't take with them, or bringing people supplies.

Things did get dicey for him and a teammate when his ATV started to sink into the water a couple days ago. He said he had to jump into the chest-high water to get it out.

"I mean, it was nothing but a laugh when I got home here. I'm safe, I'm fine. So that's all that matters, right?"

As of Monday, more than 1,800 evacuees have fled their homes in Peguis and are now living out of hotels in Winnipeg, Gimli, Selkirk and Brandon and Portage la Prairie, according to Indigenous Services Canada.

Peguis has 3,521 members usually living on reserve and 6,504 off-reserve members. 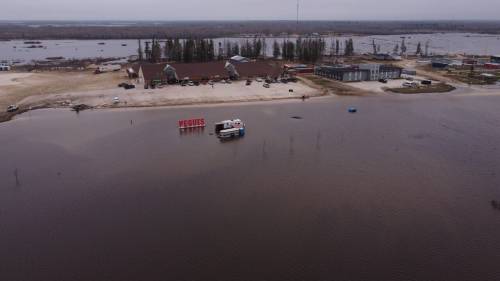 More than 1,800 people have been forced to leave their homes in Peguis due to the flooding. (Jaison Empson/CBC)

More than 700 homes have been impacted by flooding, with at least 200 completely surrounded by water and considered uninhabitable.

The flooding has now compromised the community's septic lagoon, which forced another 40 people to leave Monday, Hudson said.

Hudson said it will likely be at least a month, or maybe more, before residents can return to their homes.

"So we just ask people to be very patient," he said.

"There are many activities planned, extracurricular activities for children, for everybody that has been evacuated. So, you know, people have been doing a fantastic job."

It's not the first time the community has experienced flooding, but it's believed to be one of the worst years ever. 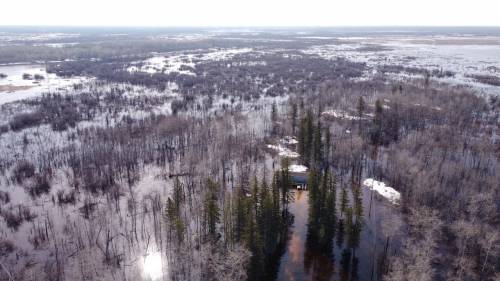 This is believed to be the worst flood the Interlake community has ever seen. (Jaison Empson/CBC)

Asked about whether the province will consider long-term flood protection for Peguis, Infrastructure Minister Doyle Piwniuk said it's something Manitoba would have to work with the federal government on, and consult with First Nations in the area.

"We have to look at what's happened this time to see what the solutions would be working together," he said.

For now, Piwniuk said the province is focused on helping Peguis and other communities get through the spring flood season.

With files from Emily Brass

Previous : Queen’s Speech 2022: 7 things that could be announced – and what’s not included
Next : Dad’s chillingly calm message after stabbing his ex-partner to death for leaving him