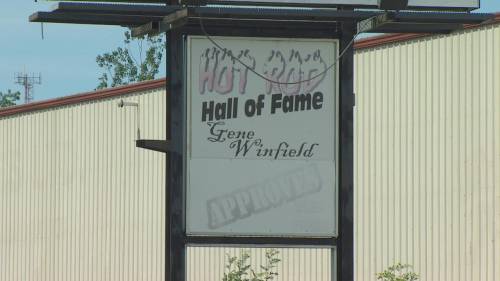 Some classic car enthusiasts in Nova Scotia who paid thousands of dollars to have their vehicles worked on or restored by a specialty autobody and mechanic shop are wondering if they'll ever see their money — or their cars — again.

They say they've made repeated attempts to negotiate with Curtis Customs Radical Garage in Elmsdale, N.S., and its owner Curtis MacLean, only to be ignored or sometimes charged more than their original contract. Some say they were told their vehicles would not be returned, while others have received them back in pieces.

Curtis Customs has been in business since 2005 and over the years has received various accolades, including being a finalist for the 2014 East Hants Business Excellence Award. MacLean has also worked several times with famed car builder and autobody news columnist Rich Evans.

Recently, however, an increasing number of customers have been expressing their dissatisfaction with the work being done at the shop, located in an industrial park about 40 kilometres north of Halifax, and some have successfully sued MacLean in small claims court.

MacLean told CBC News in an email that due to ongoing litigation he was unable to give a formal interview regarding the complaints against him.

Marc Dooley first went to Curtis Customs in 2015, hoping to find expertise in refurbishing vehicles. It turned out, he said, to be a "big mistake" that led to years of headaches over back-and-forth disputes with MacLean.

Dooley said he wanted some rust and holes fixed on his 2005 Lincoln pickup. He was from the Elmsdale area and said he had noticed MacLean's garage.

Dooley said he and MacLean agreed upon a $30,000 price point, with Dooley paying half up front and the rest once the job was completed. Dooley said he was told by an acquaintance of MacLean that MacLean was a bit slow finishing jobs, but the work done would be good.

"I honestly trusted this guy. I thought he was going to be a great mechanic." 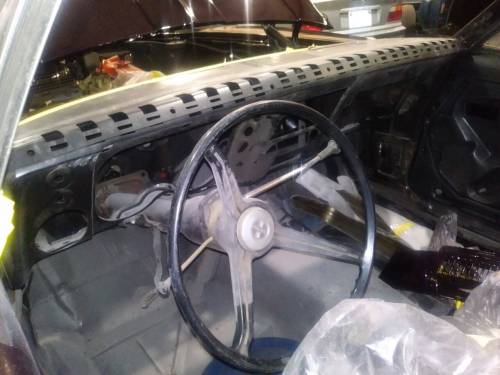 The inside of a Camaro owned by Pommerville while it was in Curtis Customs Radical Garage. Pommerville said it had been stripped of its parts. (Submitted by Maurice Pommerville)

It's now been nearly six years that Dooley's vehicle has been at Curtis Customs, and he's been trying for the past two to get it back.

Dooley said MacLean refuses to return the vehicle, and has asked for more money. Dooley has contacted both the Better Business Bureau (BBB) and the RCMP.  The BBB informed him, he said, there was nothing it could do. He said the RCMP told him they could offer to help mediate the situation but nothing more.

An RCMP spokesperson told CBC News in an email the force has responded to complaints at a business in the industrial park in Elmsdale, where Curtis Customs is located.

"During these complaints, our members attended to keep the peace between all involved parties. These matters involve civil issues between private parties," Cpl. Chris Marshall wrote.

'It's my coffin at this point'

Dooley's Lincoln remains at the shop and he said he has no idea where to go from here: "I feel like it's my coffin at this point."

And he's not the only one. Dooley was able to recently connect with others who have had similar experiences with Curtis Customs.

Danny Hart and Kersten Hanke told CBC News they gave MacLean a Can-Am Spyder, a three-wheeled motorcycle, as an $18,000 down payment for refurbishing Hart's 1939 Nash Ambassadour. Hart said parts went missing from the Nash Ambassadour while at Curtis Customs and it was left undriveable.

Nicholas Trenholm said in an interview that his 1991 Toyota MR2 Turbo was stripped of parts. Kevin Schreiner, another customer, said his 1979 Ford pickup truck had parts taken, and MacLean wanted to charge him more money.

Jim Downey said after five years of back and forth with MacLean, he lost nearly $25,000 and received his 1969 Mustang back in pieces.

Maurice Pommerville, who left two vehicles in MacLean's care during 2016, a 1967 Chevelle and a 1967 Camaro, said his Chevelle was "destroyed" while at the garage and the Camaro stripped of its parts. 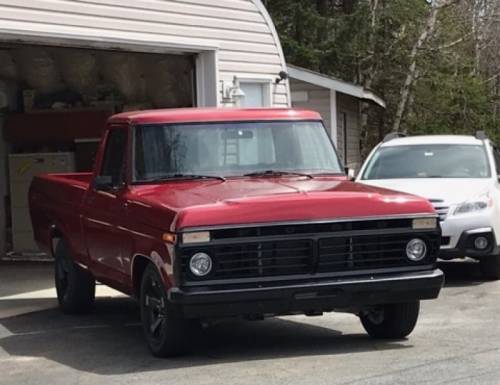 Kevin Schreiner said his 1979 Ford pickup truck, shown here after it was returned, had parts taken from it while at Curtis Customs. (Submitted by Kevin Schreiner)

Both Trenholm and Schreiner ended up taking MacLean to small claims court and winning. Schreiner was awarded $10,235 and Trenholm $12,500, but both said they have never received the money from MacLean.

Pommerville also went through small claims court and did end up getting back both the cars he left in MacLean's care, but he said it was a long and stressful process.

Pommerville had initially agreed to loan MacLean his Chevelle until the work to restore his Camaro was done, and then once it was finished he would give MacLean the Chevelle.

The contract was "very clear," Pommerville said. During the time he had the Camaro, MacLean was not to do any modifications to the Chevelle and was only to keep it streetworthy. But one day, Pommerville said he went to the shop and to his disbelief discovered the hood of the Chevelle destroyed: "He had cut the hood all up."

Pommerville was upset, but said he gave MacLean another chance. However, after nearly four years of back and forth, Pommerville said he went to the shop to check on his cars. He was shocked to see the Camaro had been stripped of its parts and left in a state of disrepair. He said he was then turned away by MacLean and told not to return to the shop.

He ended up filing a claim in court against MacLean and won. MacLean filed an appeal, but was not successful.

MacLean was ordered to return the vehicles and their parts as well as pay Pommerville $426 to cover various fees related to the court action.

Pommerville was able to retrieve both vehicles from the shop's lot, but has still not been able to get the parts back. He said his next move is filing a recovery order, which will allow a sheriff to seize the missing parts. The garnishment of MacLean's wages is also possible. The Chevelle was so damaged he had to sell it for parts, he said.

"The carnage that's left behind is just phenomenal," Pommerville said. "People, from the sounds of things, have lost a good chunk of saving; they were saving up to do their dream project — gone. In some cases, the cars are gone, so it's just a shame. I really don't want this to happen to anybody else."

Rob (RJ) McConnell, a former employee and bookkeeper at the shop, provided Pommerville with a list of nine names he said were people owed money because their parts were sold or they paid for work that was never completed. He alleges the sum of the list totals more than $150,000.

McConnell said in an interview he is also owed about $130,000 related to a business arrangement he made with MacLean during the time he worked there involving parts purchasing and rent payments.

McConnell started a Facebook group for people who have had bad customer-service experience at the shop. He said he didn't like what he saw while working there, and was a witness in Pommerville's small claims case against MacLean.

"I watched him take people's car parts and sell them," McConnell said.

On paper, Nova Scotia has lofty climate goals. But will the province take action?

Previous : More than 200 people are being tracked for possible monkeypox across 27 US states
Next : Fears journalists could be jailed for years for publishing leaks from government